Companies that test their products on animals needn’t bother trying to ship them to Israel, because, starting New Year’s Day, the country banned the import, sale, and marketing of animal-tested cosmetics, toiletries, and household cleaners. Previously, in 2007, the Israeli government had banned using animals to test personal-care and household products within the country. But with the new law, which was passed in 2010 and came into effect January 1, 2013, lawmakers have one-upped themselves, blocking products that have been tested on animals in other countries from even crossing Israel’s border. 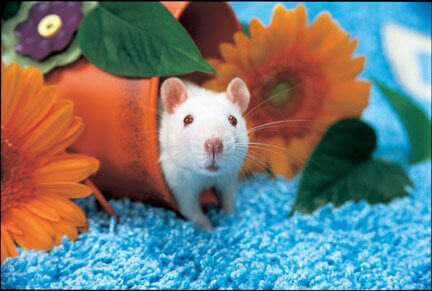 PETA entities are working to end the testing of cosmetics and household products on animals in countries around the world, and Israel has proved that a full ban on such vile products is not only possible but also ethically responsible. The EU had passed a similar ban, which was also scheduled to take effect in 2013, but lawmakers are now considering extending that deadline. PETA and PETA U.K. have been pushing hard to get the EU to uphold the original end date. In addition, PETA India is trying to get a similar ban implemented in that country, and the effort has a lot of momentum. PETA and PETA Asia have been helping Chinese scientists switch to in vitro cosmetics testing methods and are encouraging the Chinese government to accept the results in place of the animal tests that it currently requires. And in the U.S., PETA has been purchasing stock in companies that conduct animal tests so that we can propose shareholder resolutions to switch to humane testing methods.

But despite all the legal hullabaloo, we can at least designate our homes cruelty-free areas. It’s easy to select personal-care and household products that weren’t tested on animals by glancing at PETA’s new global Cruelty-Free Shopping Guide, the latest complete list of companies that refuse to conduct or pay for any animal tests anywhere in the world.