All around the world, tears are being shed over the loss of animal rights activist Monserrat Zacatelco, including by PETA and PETA Latino. Her recent murder in Puebla, Mexico, has shaken people far and wide.

Everyone who had the privilege of knowing Monserrat describes her as a fearless fighter for a better world for animals.

If you, too, are in shock over this tragedy—if your heart is heavy—know that you can take action right now to honor Monserrat and everything she stood for. We must not allow her to have died in vain. 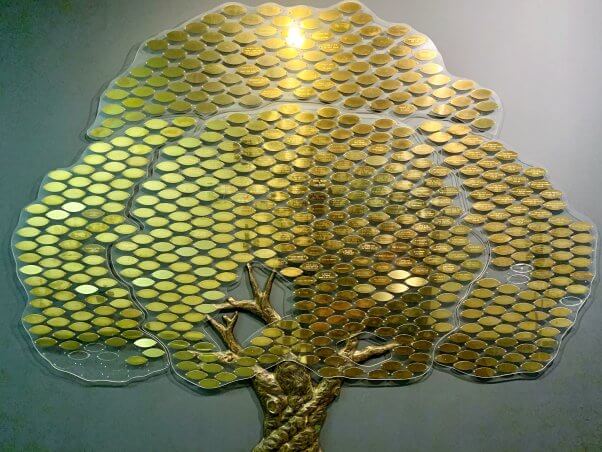 “In Loving Memory of Monserrat Zacatelco, Friend to Animals”—that’s the message that will grace the Tree of Life memorial at the Sam Simon Center—PETA’s Norfolk, Virginia, headquarters—in honor of Monserrat, the animal rights proponent whose murder in Puebla has stunned folks from all over and ignited wide-reaching conversations about animal liberation.

Friends and family members have noted her hard work to rescue and find homes for dogs and her dedication to encouraging officials to protect animals. In her memory, we must follow our sorrow with more than just tears: We must take more action, make more effort, and demand more change for animals. To honor Monserrat—whose activism included working for an end to bullfighting—PETA Latino is urging Puebla Gov. Miguel Barbosa Huerta to ban bullfighting in the state. We hope Gov. Barbosa will join us in paying homage by working to end the torture and killing of vulnerable bulls.

In a typical bullfight, before the “fight” even begins, a bull’s vision is often impaired and he’s weakened by being beaten. In the arena, men drive lances and plunge banderillas (wooden sticks with sharp, knife-like ends) into the bull’s back before the matador attempts to kill him by severing his aorta or spinal cord with a sword. The bull may be paralyzed but still conscious as his body is dragged from the arena.

In Mexico, bullfighting is illegal in Coahuila, Guerrero, Quintana Roo, and Sonora. Gov. Barbosa has the opportunity to make a memorable mark, just as Monserrat did. Her tragic and untimely death could be—should be—a catalyst for change within industries that abuse animals, including bullfighting.

You Can Honor Monserrat, Too: Honor the Animals She Loved

Here are four things that you can do right now to pay homage to Monserrat and animals who’ve been exploited: