On July 31, burglars attempted to rob at least three homes in a neighborhood on Indianapolis’ east side. But they didn’t get their hands on anything belonging to a single mother and her four children, thanks to the family’s rescued hero pig, Dumplin.

The family was gone at the time, and they and police believe that Dumplin scared the would-be robbers away.

The family adopted the pig from a shelter earlier this year. “He’s perfect. He’s the perfect animal,” gushes his guardian, who asked to remain anonymous. She says she’s grateful that he’s unharmed and wishes more people would rescue companion pigs. “There’s tons of miniature pigs … in shelters and rescues that don’t have homes, and they’re great animals.” 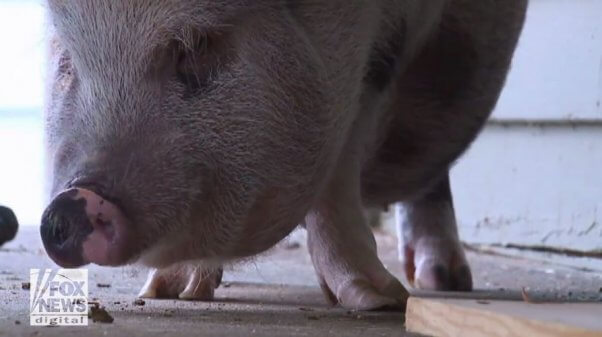 Dumplin’s story is just the latest account from people who rescued an animal only to find that their companion quickly returned the favor. PETA receives many reports of animals who have saved human lives during fires, natural disasters, home invasions, seizures, heart attacks, and other extreme situations. And the heroes aren’t always cats and dogs.

A pig named Pru pulled her human mother out of a muddy bog, and another, named Priscilla, saved a young boy from drowning. Spammy led firefighters to a burning shed to save her calf friend, Spot, and Lulu found help for her human companion, who had collapsed from a heart attack. A pig named Tunia chased away an intruder, and another, named Mona, held a fleeing suspect’s leg until police arrived. 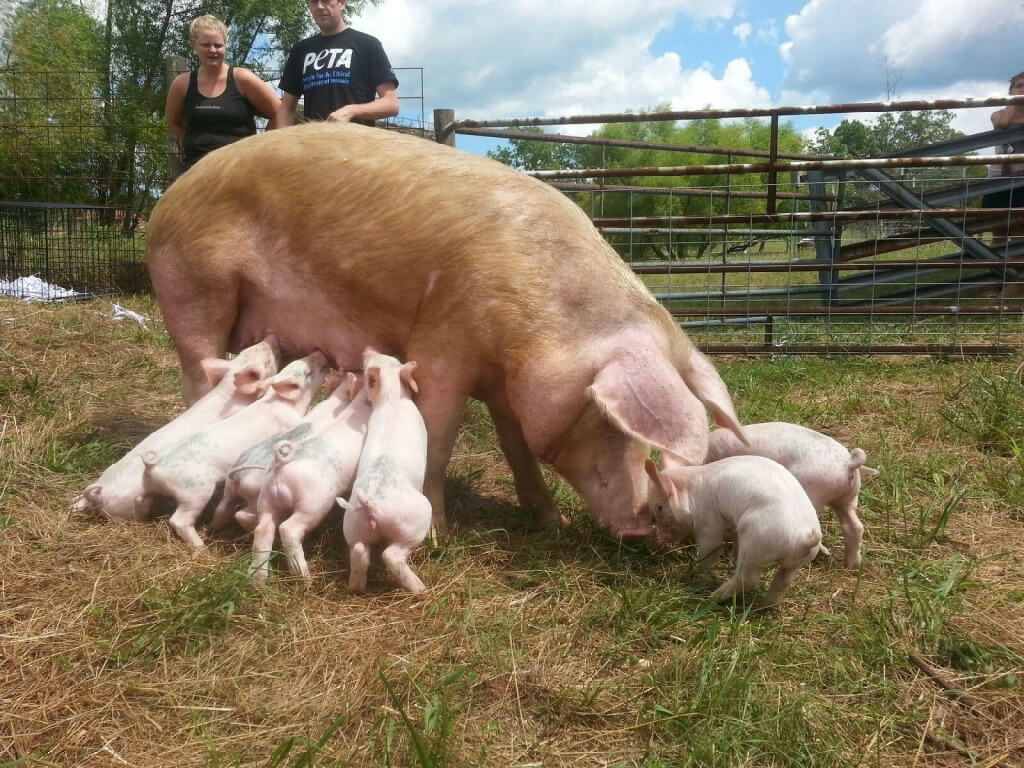 Considered by animal behaviorists to be smarter than dogs, pigs are clever animals who are also friendly, loyal, and intelligent. They’re naturally very clean and avoid soiling their living areas. When in their natural surroundings—not being farmed for food—pigs are social, playful, protective animals who bond with each other, make nests, relax in the sun, and cool off in the mud. They’re known to dream, recognize their own names, and learn “tricks” such as sitting for a treat, and they lead social lives of a complexity previously observed only in primates.

PETA is offering to send anyone who wishes to protect pigs like Dumplin from suffering on farms a free vegan starter kit.

I Want To Help Save Pigs