Following months of calls and e-mails from PETA supporters and concerned residents as well as protests by Los Angeles Alliance for Animals (LAAA) and other local advocates, the City of Los Angeles Department of Recreation and Parks has announced that the contract for Griffith Park Pony Rides and Petting Zoo will not be renewed! 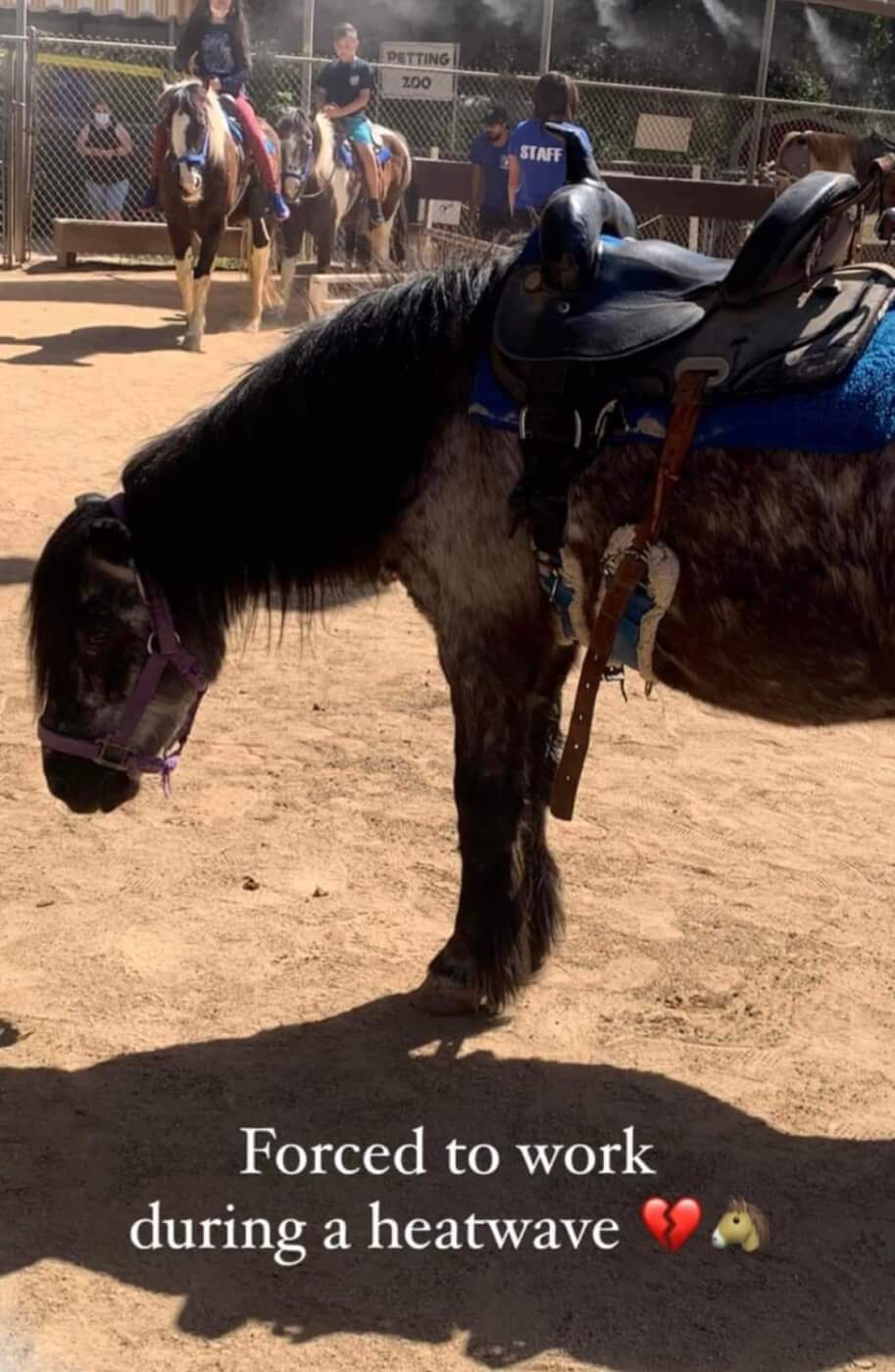 A miserable-looking pony drenched in sweat got no break during a heat wave. (Photo courtesy of Los Angeles Alliance for Animals)

At the cruel business, elderly ponies were routinely forced to give rides to children for hours in sweltering heat. Workers allegedly didn’t supply adequate shade or veterinary care for painful ailments that caused ponies to suffer.

Compassionate animal defenders with LAAA held weekly protests against the pony rides for over a year, and the protests were promoted to locals by PETA. LAAA also kept a close eye on the ponies being forced to work at Griffith Park Pony Rides and Petting Zoo.

Stay Away From Pony Rides

A life spent forced to give rides in stifling heat is no life at all. Ponies used for rides are often tied up tightly and forced to walk in endless circles with humans on their backs. They can sustain injuries to their hooves, and the saddles and halters that they have to wear all day long can cause sores.

Since these rides are most popular in the summer, ponies must often work for many hours in scorching heat. Sometimes, they’re not given any water so that they won’t relieve themselves while someone is on their back. It’s often cheaper for businesses to replace worn-out or sick animals than to provide ponies with veterinary care, so operators may work them until they drop dead.

Anyone can file a cruelty-to-animals complaint and ask for a humane officer to come check on an animal. You have the right to insist that local authorities investigate your complaint. Take photos to document animals’ conditions. If possible, try to get other witnesses to back up your complaint.

You can also take a series of rapid actions for equines and use your voice to end their oppression: