A cat was found in the back of someone’s garage, emaciated, anemic, and suffering in the final stages of feline immunodeficiency virus (FIV), which attacks cats’ immune systems much like HIV does in humans. Several people in the neighborhood had been feeding her and noticed that she was eating less and losing weight, but no one had bothered to take her to a veterinarian.

PETA’s Cruelty Investigations Department gave the cat a merciful release from her suffering, but countless other stray and feral cats—and even cats who have homes but are allowed to roam outdoors—suffer agonizing deaths after contracting FIV, feline leukemia virus (FeLV), feline infectious peritonitis (FIP), and other contagious and fatal diseases.

These diseases are incurable and almost always deadly, and they are easily transmitted from one cat to another, often through saliva or feces. (Catfights are the prime mechanism for the transmission of these illnesses.) Infected cats may not show symptoms for years and may even test negative for the diseases initially, only to test positive later. If you let your cat roam outdoors, he or she is at risk of contracting these diseases and contaminating other cats (including the other felines in your home) before you even know he or she is sick.

Please protect your cat from these terrible diseases as well as the many other dangers cats face outdoors, such as traffic, cruel people, poisons, attacks by animals, parasite infestations, and weather extremes. Keep your cats indoors and allow him or her out only on a leash and harness (with you at the other end of it, of course) or into a securely fenced yard while under your constant watchful eye. 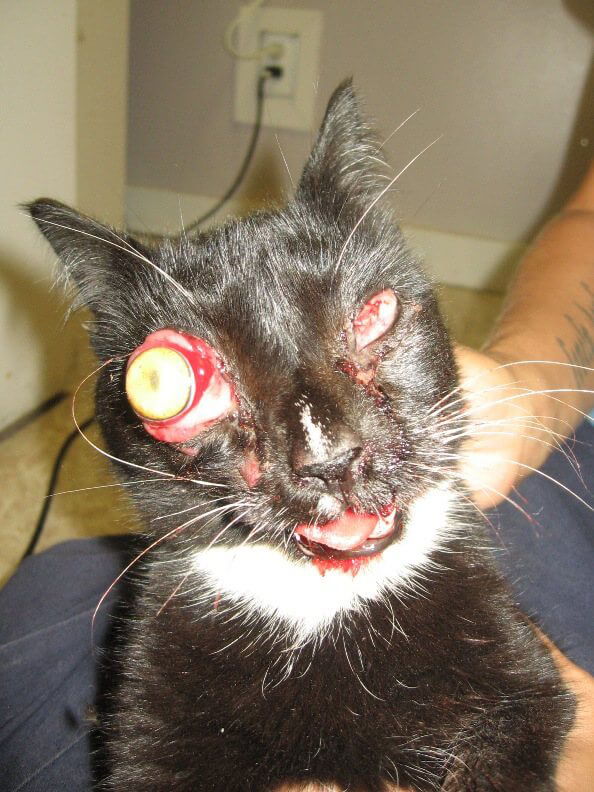 This cat was hit by a car 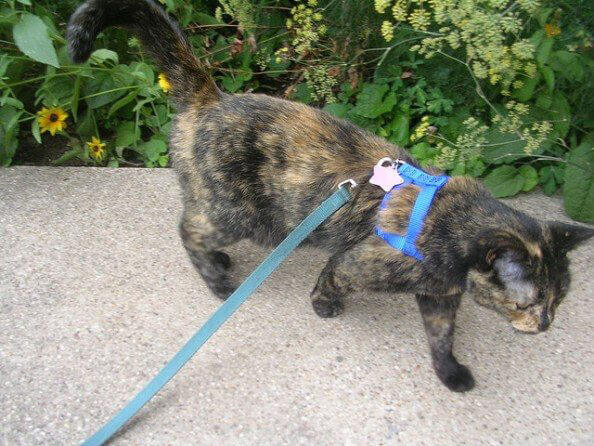 And if you see a cat hanging around your neighborhood, don’t assume that someone else is taking care of him or her. Instead of leaving the cat to take his or her chances on the streets, take the animal to a shelter, where he or she will have a chance at finding a loving home with people who care enough to keep the cat safe indoors.