No one deserves to be a victim of gun violence, no matter his or her race, gender, sexual orientation, or species. Today, gay PETA Vice President Dan Mathews led a group of protesters in a demonstration against all gun violence at the National Rifle Association (NRA) in Washington, D.C. 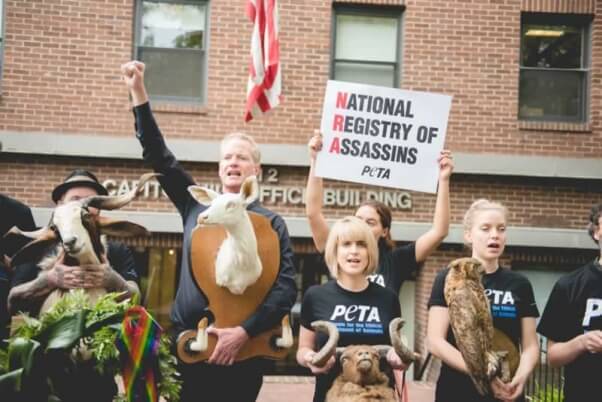 “As every decent person rages against the slaughter in Orlando,” Mathews said, “let’s recognize that the culture of gun violence often starts with hunting helpless animals. A lot of us in the gay community empathize with animals, because we’ve also lived our lives being stalked and abused by violent strangers. PETA wants gun-control advocates to stop giving hunters a free pass, because there’s nothing responsible about fostering—often at a young age—a sadistic urge to kill.” 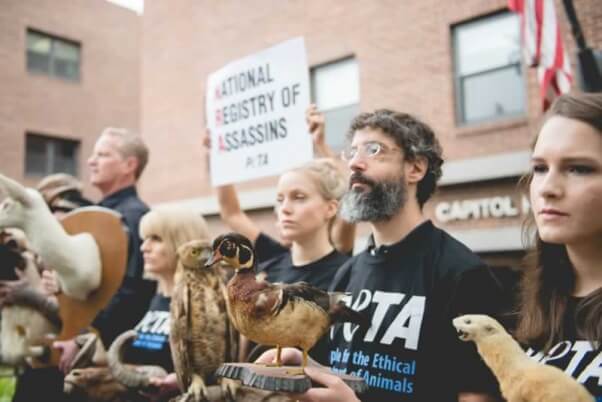 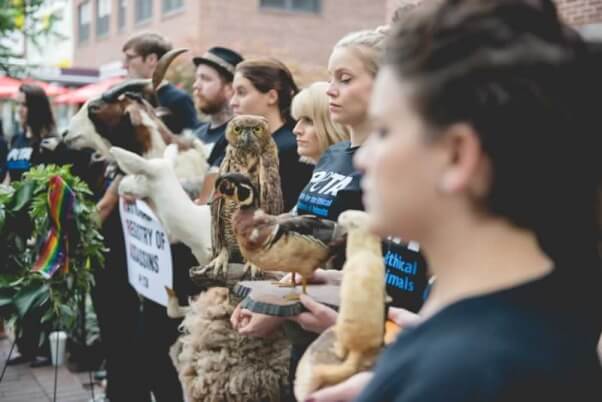 Holding the mounted heads of animals—including a baboon, a deer, mountain goats, and many other species—who have been shot, killed, and stuffed, members of PETA, dressed in mourning black, converged on the NRA’s new lobbying office and called for an end to all gun violence, including by hunters. 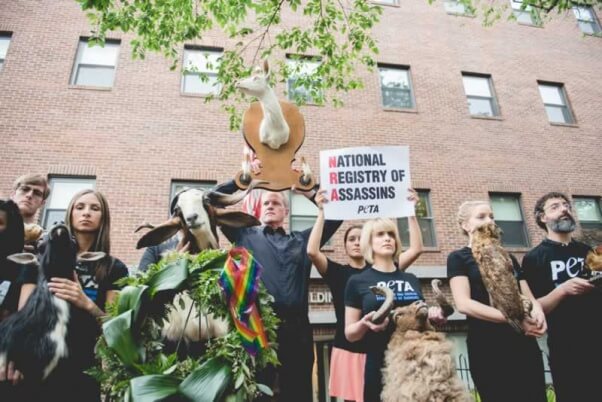 The menagerie was donated by a taxidermy collector who was moved by the shooting in Orlando, Florida, to give his collection—worth $20,000—to PETA to help make the connection between all forms of gun violence.