Things got rockin’ at our “Summer Is No Vacation for Animals on Fur Farms” demonstration in Portland, Maine, when Gavin Rossdale and his son Kingston stopped by: 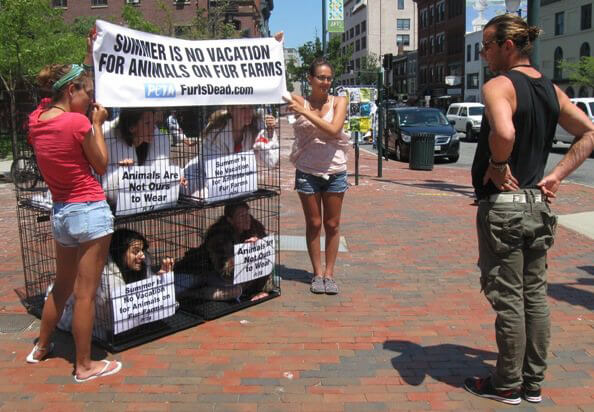 Gavin thanked the demonstrators for being there and mentioned that he and his fur-free wife, Gwen Stefani, are teaching their children to be kind to animals.

Fur foe Lea Michele is being recognized for her animal activism. She earned a 2012 Do Something Award nomination for her work with PETA to shut down New York City’s cruel horse-drawn carriage industry. Be sure to cast your vote here!

When 11-time Olympic medal winner Natalie Coughlin heads to London, she’ll have some new reading material for the plane. PETA sent the swimmer vegan cookbooks and a vegetarian/vegan starter kit to help her maintain her nearly 100 percent vegetarian diet on the road.

NFL star Arian Foster is hopping on the vegan-athlete bandwagon. His inspiring tweets were some of the best in the Twitterverse this week: 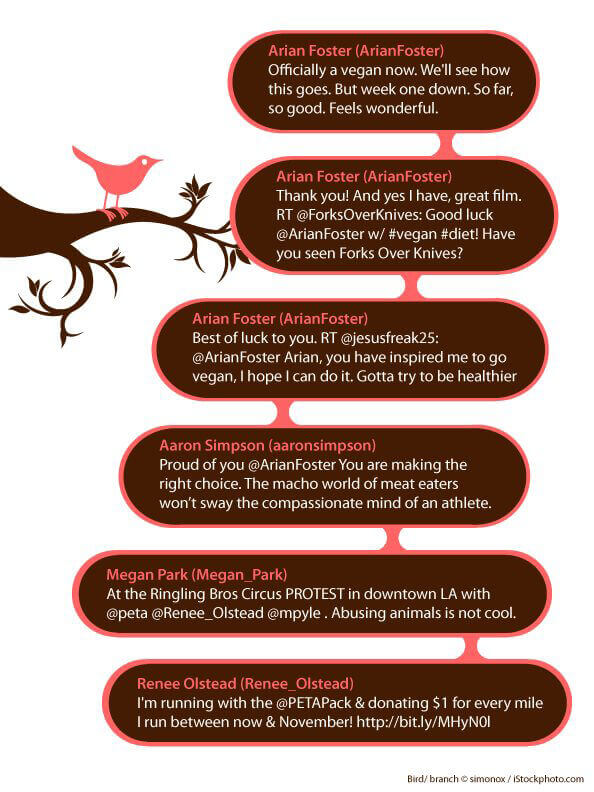 Dominic Monaghan also took to Twitter to defend animals this week, calling the show Swamp People, which glorifies the killing of alligators, “death entertainment” that “continues to demonize reptiles as monsters and animals that are okay to torture and kill.” He then vowed, “I’m gonna stop them.”

Bob Barker is ready to put a stop to the Calgary Stampede. Everyone’s favorite game show host said of the cruel 10-day rodeo festival, in which three horses have already died this year, “I would like very much to see them celebrate the 100th anniversary of the Calgary Stampede by saying that is enough animal cruelty. Let’s wind it up and close it down.”