Norwegian officials killed Freya the walrus after selfish selfie-seeking humans ignored warnings to respect her space, and she was deemed a threat to human safety. The 1,300-pound walrus, who was first spotted in mid-July in Oslo Fjord, became famous when reports that she clambered onto boats to sunbathe and nap went viral. Freya, named after the Norse goddess of beauty and love, deserved respect and personal space, not death due to human ignorance.

Our @BBCNews report on #FreyaTheWalrus and the decision to put her down.

Included in the report: an explanation by the director general for fisheries, and reaction from @kazcustard. As always, more on our website: https://t.co/XGxix0ueaY pic.twitter.com/hdVOyOvnrp

Freya the Walrus Was Killed Because of Human Incompetence

The Norwegian Ministry of Fisheries and Coastal Affairs shared a photograph of a crowd of humans—many of them children—standing within arm’s reach of Freya, who was relaxing on the shore. On a different occasion, police had to physically block a bathing area after Freya chased a woman who had gotten too close to her into the water. Authorities also said that humans had been seen swimming with Freya, throwing objects at her, and invading her personal space for photos. 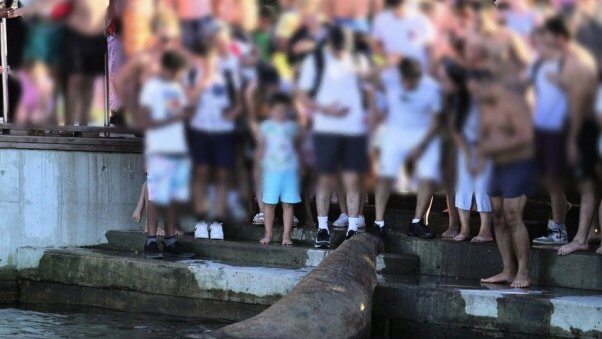 PETA U.K. Vice President Mimi Bekhechi shared her thoughts on how the threat to both Freya and the crowd was handled and how humans can be deterred from disrespecting wildlife in the future:

What an indictment of human behavior and lack of discipline that, after the destruction of natural walrus habitats, a beautiful, friendly walrus has now been killed – just because people wanted to take selfies and wouldn’t leave her alone. Fines and imprisonment for those who treat living, feeling beings like props would be a more humane option than killing an animal who was merely trying to eke out an existence, but the deed is done. Freya’s death shows that animals often pay with their lives for selfies, which is why PETA says back off, respect all animals, and leave wildlife in peace.”

Freya Didn’t Have to Die: Animals Are Not Selfie Props

Unfortunately, Freya is not the only animal who has died because of humans’ selfish desire for selfies with wildlife. More walruses like Freya and other species whose homes are shrinking due to the climate catastrophe and habitat destruction will likely continue to stray farther from their natural homes and into closer proximity to humans. Animals aren’t selfie props, and their need for space needs to be respected.