Never Buy a Turtle: Things You Must Know About Turtles as ‘Pets’

The fictional stars of the Teenage Mutant Ninja Turtles may be able to survive anything that the world throws at them, but real turtles can’t. 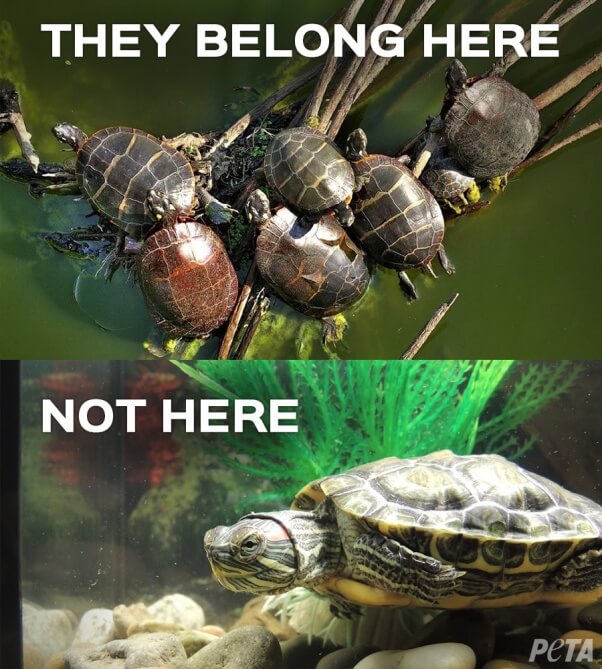 The following are just some of the things that you should think about carefully before adding a turtle to your family:

1. Turtles are happier in their natural homes in the wild.

Turtles and other reptiles sold in pet shops are either wild-caught (that is, stolen from their natural habitats) or bred in cramped, filthy breeding mills. Many do not survive the journey to the pet store, and those who do often arrive in poor health.

Properly cared for, a turtle can live for 25 years—or even as long as 100. That means that if you buy a turtle for your little one now, you may still be caring for the animal long after your child has grown up, gotten married, and had kids of his or her own. In addition, some turtles can grow to be very large.

Turtles communicate with each other by making sounds and plan activities as a group. Baby turtles become socialized by interacting with their mothers and other adults and will spend most of their lives by their mother’s side. If they’re taken away from their families, they may never learn how to communicate and will suffer psychologically from not socializing with other turtles.

4. Turtles need a lot of care.

Turtles have very specific needs, and in captivity, they need controlled temperatures, heat lamps, enough water to swim in, a large housing area, a varied diet, annual veterinary visits, and more. This care could cost hundreds or even thousands of dollars. That money’s better put toward a college savings plan! 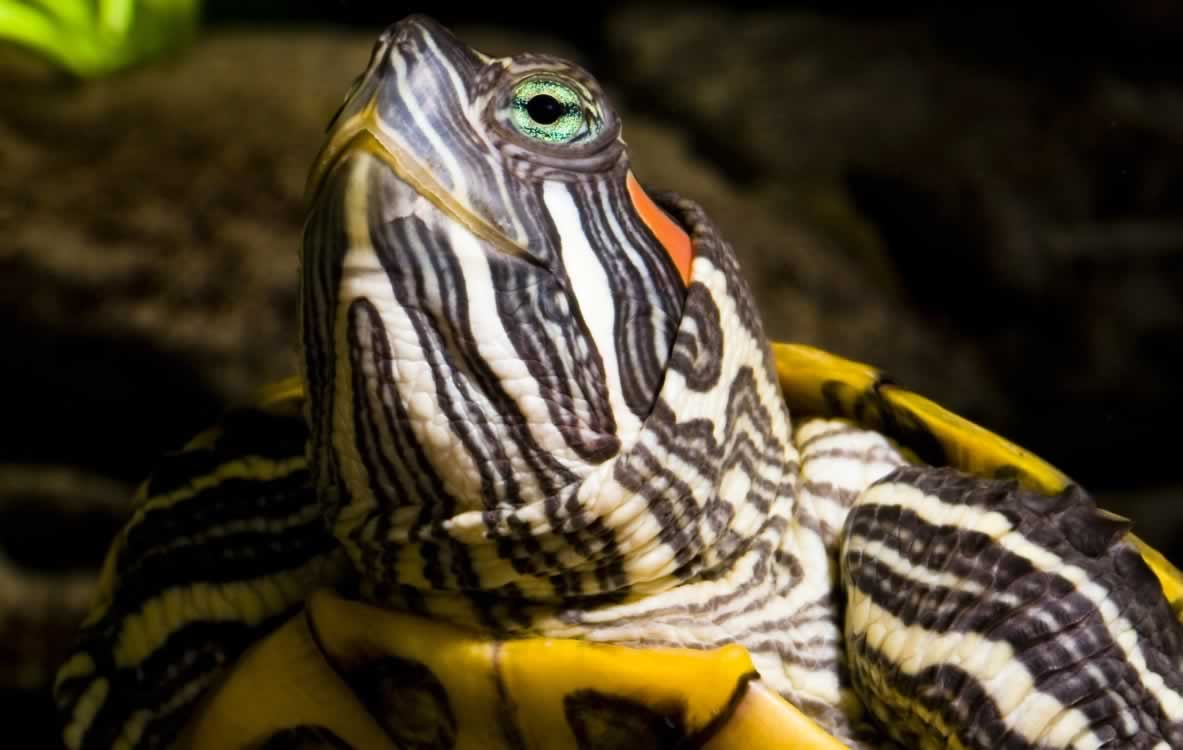 Every year, thousands of people in the U.S. contract salmonella from direct or indirect contact with reptiles and amphibians, and children are especially at risk of a serious illness. Stick to the animated turtles—they come with a zero percent chance of infection.

6. The demand for “pet” turtles is leading to the extinction of turtle species.

More than half of the 360 living turtle and tortoise species are at risk of extinction because of the growing demand by collectors, commercial breeders, people who eat them or use them for what they believe are medicinal purposes, and people who keep them captive. Turtles are some of the most widely trafficked animals in the world, which is having a profoundly negative effect on wild populations. Buying turtles as “pets” is helping to drive them to extinction.

Sales of animals soar after animated movies about them are released, but once the novelty wears off, many of them are ignored or abandoned. Be a superhero for turtles by pledging never to purchase one from a pet store—pick up a plush animal for your little one instead.