Every day, I think about how lucky I am to have been born a human being. By the time you finish reading this post, 1,463 turkeys and 44,294 chickens will have had their throats slit, many of the 619 pigs who were slaughtered will have been scalded to death, and 217 cows are killed, many while still conscious. And that’s just in the United States.

On factory farms and in slaughterhouses, today is no different from any other. But animal ambassadors know today as World Farm Animals Day, a day when we honor the lives of animals slaughtered for food. We commemorate World Farm Animals Day on October 2, the birthday of Mahatma Gandhi, the influential political leader and ardent vegetarian whose lifetime of advocating for an end to violence toward people and animals prompted social-reform movements around the world.

But as we remember the animals who were killed for their flesh this year, a moment of silence won’t help end the suffering. Animals don’t need us to be silent—they need us to speak up. Please repost this image to your Facebook, Twitter, and Pinterest pages to remind everyone you know that just one vegan saves about 100 animals every year from suffering on factory farms or fishing boats and dying painfully in a slaughterhouse: 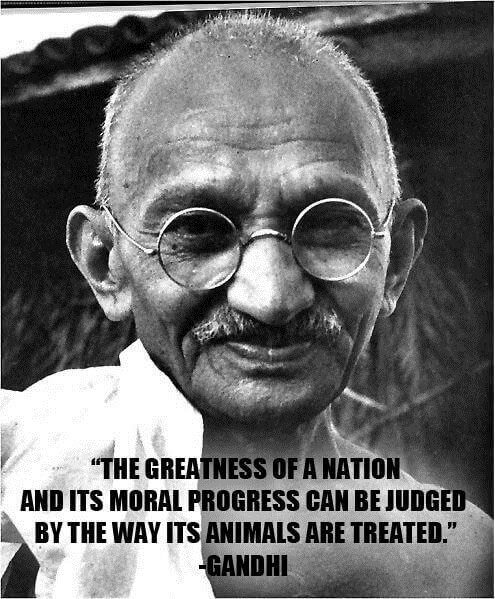