Pharmaceutical giant Eli Lilly is aware of the ample evidence that the forced swim test—in which experimenters drop mice and rats who have been dosed with a test substance into inescapable containers of water, forcing them to swim desperately for their lives—doesn’t accurately predict whether a drug will work as an antidepressant in humans. The company has even documented that its best seller, Prozac, hasn’t yielded consistent results in these tests.

But instead of banning the cruel test—which PETA has been urging the company to do for years—Eli Lilly has instead decided to alter its informational materials on Prozac by removing the part that says the forced swim test is ineffective in producing human-relevant results. PETA had cited it often, so could it be that executives would rather stifle scientific evidence than explain their refusal to ban a debunked test?

Prozac’s monograph—or the informational materials about a drug that may be required for safe and effective use of it—used to contain the following statement: “For instance, fluoxetine [Prozac] does not antagonize reserpine- or apomorphine-induced hypothermia in mice, and does not reduce immobility in the forced swimming test in rats.”

The simple answer is that there’s no good defense of the forced swim test. Ron de Kloet, a neuroendocrinologist at Leiden University Medical Center in the Netherlands, confirmed that the use of this test has become a norm in the field, even though most experimenters know that it’s useless. He states, “It’s a culture which keeps itself alive, even though most of them [experimenters] will admit that the tests are not showing what they are supposed to do.” 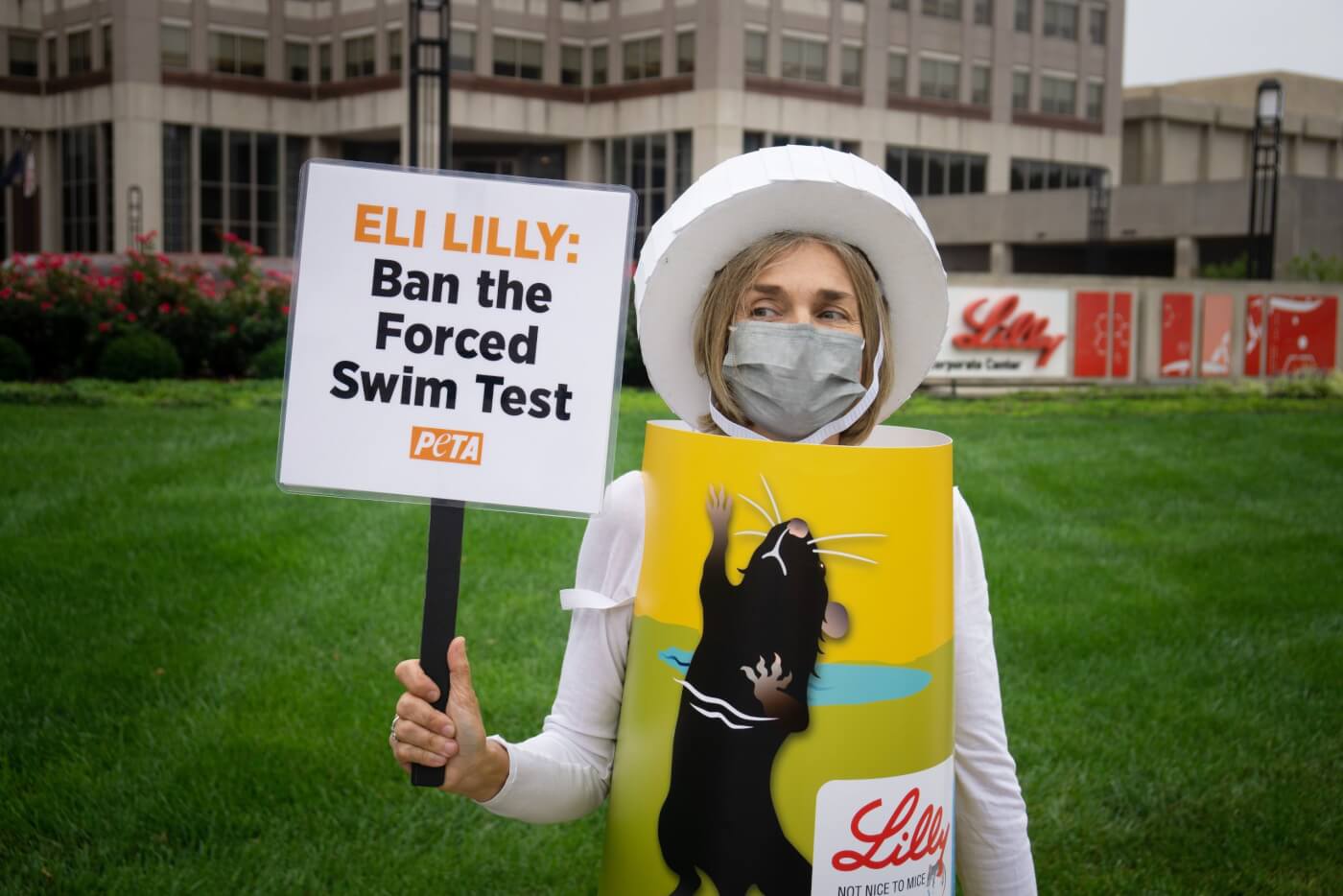 It may seem like common sense that dosing rats, mice, and other small animals with substances and nearly drowning them won’t help with finding treatments for human depression, but apparently it’s not: Together, Eli Lilly and other pharmaceutical giants have subjected at least 5,461 mice, 1,066 rats, 748 gerbils, and 305 guinea pigs to the cruel forced swim test—as documented in 45 published papers and 16 patent applications over the past 30 years. It’s bad science, plain and simple.