At a recent event in Indiana, an animal advocate filmed herself confronting Eli Lilly CEO David Ricks over his company’s refusal to ban the cruel and discredited forced swim test. PETA is releasing the damning video to expose Ricks’ false and misleading statements.

At the same Eli Lilly event, while Ricks spoke, several PETA supporters took to the stage and addressed the audience—further encouraging the company to ban the archaic forced swim test. In the test, mice and other small animals are often dosed with a test substance and forced to swim in beakers of water to keep from drowning—purportedly to help develop drugs to treat human depression.

The forced swim test—also known as the despair test—has been heavily criticized by scientists who argue that when the mice start to float, it’s not a sign of depression or despair but rather a positive indicator of learning, saving energy, and adapting to a new environment.

PETA responds to each of the misleading statements Ricks made about why Eli Lilly still conducts the forced swim test:

Take Action for Animals Who Suffer in Eli Lilly’s Experiments

Eli Lilly has tormented 3,400 mice and rats in the forced swim test since 1993, and not one of the drugs the company has attempted to develop by employing it are available for public use. Experts have claimed that flawed animal tests are a main reason why antidepressant drugs fail more than 90% of the time before reaching the market. Help PETA get this cruel and pointless experiment banned at Eli Lilly by taking action today! 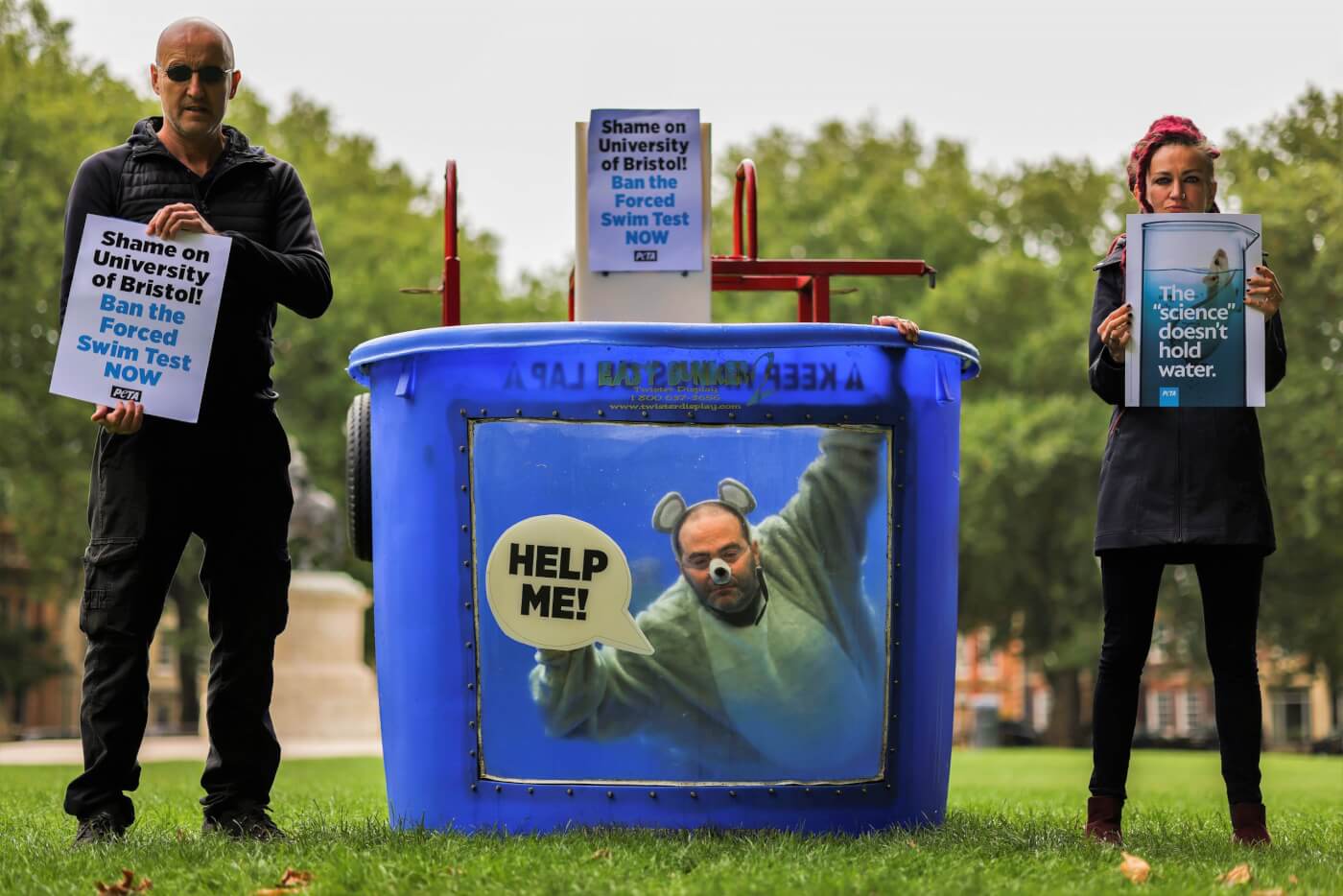