The Maryland Renaissance Festival management has ignored appeals from PETA, Born Free USA, and nearly 50,000 concerned people, and is still offering elephant rides at its annual event. So we showed up to let fairgoers know that elephants are often beaten in order to force them to plod in interminable circles for our “entertainment.” 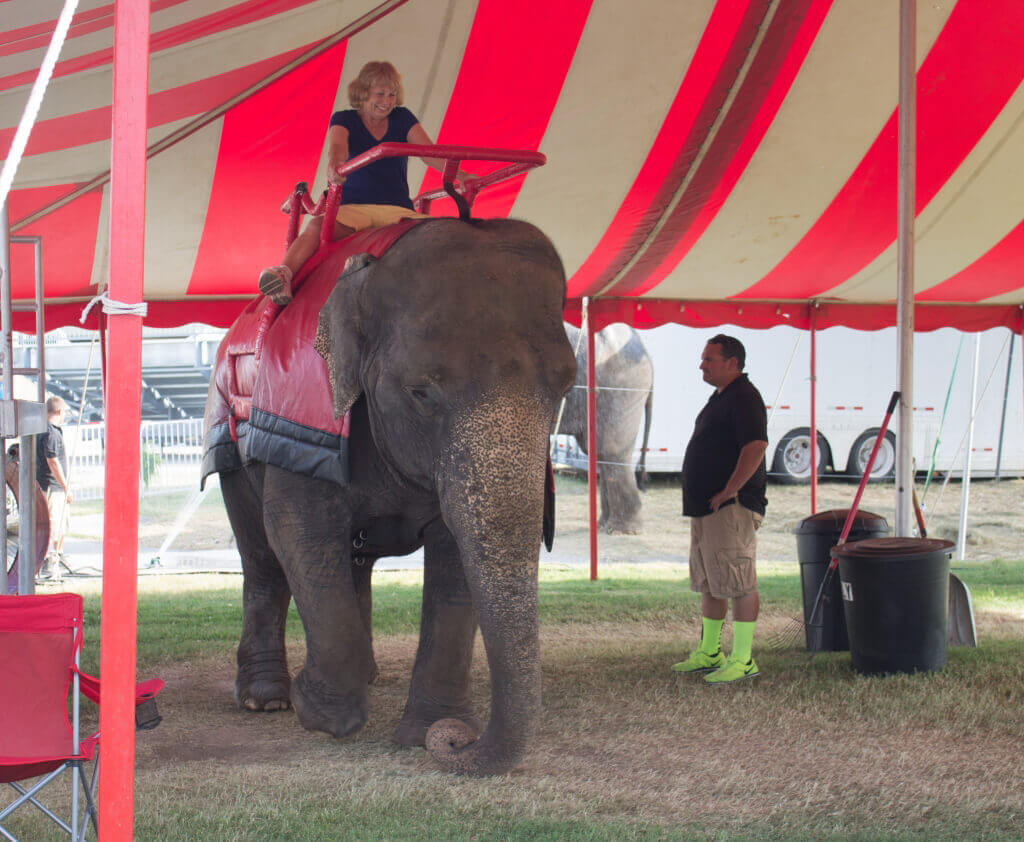 In addition to elephants, the festival is also forcing camels to give rides to fairgoers. In the desert, where they belong, camels live in large social herds. Mother camels are devoted to their babies—on the fair circuit, camels are ripped from their nurturing mothers when they’re still young so that they can be trained.

The fair hired an outfit called “Elephant Walk,” owned by Frank Murray. In New Jersey, a warrant was issued for Murray’s arrest in 1996 in relation to four counts of cruelty-to-animals for “inflicting unnecessary cruelty towards a living animal and not providing proper sustenance to a living animal.” He evaded arrest for 16 years while traveling with circuses but was finally caught in May 2012. However, he has posted bail and continues to exploit the elephants in his care. 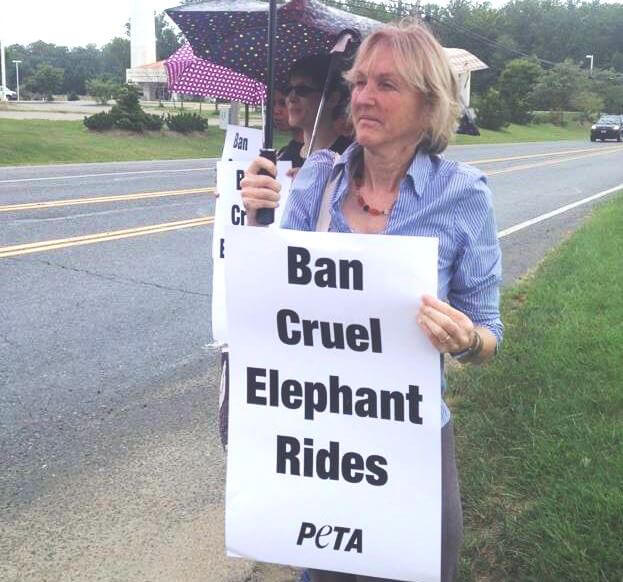 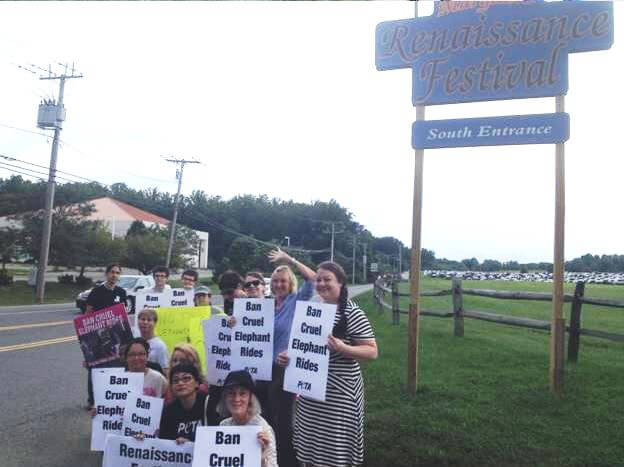 Trainers often strike elephants with bullhooks—heavy batons with a sharp steel hook on the end (picture a fireplace poker). These ugly devices are used to jab, hook, and hit the elephants, who quickly learn to comply or pay the painful consequences.

When they’re not being forced to give rides, elephants are chained, barely able to move, and often develop severe, life-threatening foot infections from standing on concrete floors amid their own waste.

In the wild, they have complex social networks and they experience the same loneliness and grief that humans do when they’re separated from their families and forced to live without these important relationships. There’s absolutely no excuse for ruining the lives of these beautiful intelligent animals for the fleeting entertainment of fairgoers.

Let fair management know that you won’t be attending until it stops offering animal rides.