February is National Spay/Neuter Awareness Month, and Dr. Drew Pinsky is leading the charge to fix the homeless-animal crisis. He launched the effort today at an apropos location: PETA’s Los Angeles headquarters, the Bob Barker Building, named in honor of another well-known spay/neuter advocate. 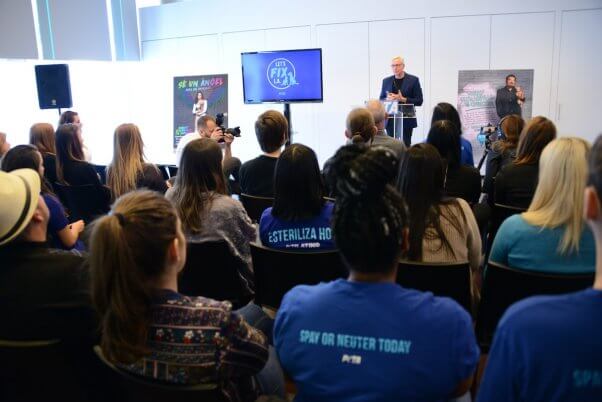 Dr. Drew premiered his television public service announcement for PETA’s “Let’s Fix L.A.” program, which, along with his new radio ads, will begin airing in L.A. this month.

He was joined by Mitch O’Farrell, council member for Los Angeles’ 13th District, to remind people that spaying and neutering is the only way to end companion animal overpopulation—and it’s so crucial that L.A. actually requires that dogs and cats 4 months or older be “fixed.” As O’Farrell explained, it’s never been easier, since PETA created a new online resource, “Let’s Fix L.A.,” that provides residents with information on places to find low-cost spay/neuter services in both English and Spanish. 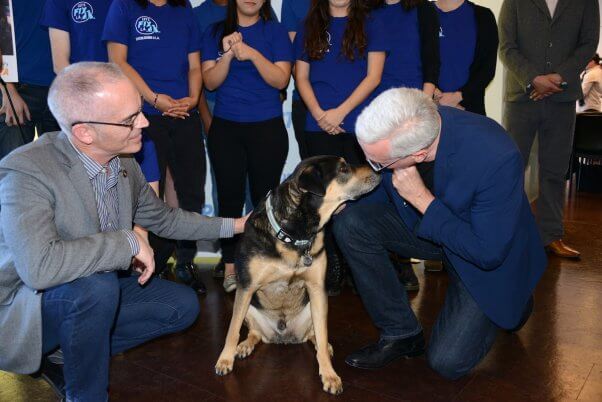 Former Miss Universe Alicia Machado also attended the event in advance of her PETA spay/neuter campaign launching later this month. All three advocates spoke to the media and reminded everyone that more than 6 million animals enter shelters every year in the U.S., a sobering number. As Dr. Drew put it, “It just isn’t a problem we can adopt our way out of.”

Everyone, regardless of where they live, can easily be part of the solution. Sign PETA’s pledge to help end animal homelessness today.