Everybody knows that real life is not a Disney movie—but have you ever wondered what it would be like if iconic Disney characters existed in the real world? A new series by PETA Senior Social Artist Tiani Hernandez imagines how Perdita, Pluto, Lady and the Tramp, and other iconic Disney dogs would fare if they were forced to endure the same conditions that so many real dogs are subjected to at the hands of cruel and neglectful humans.

For Hernandez, the illustrations are personal. As a child growing up in San Jose, California, her best friend and “little brother” was the family dog, Kalani. “He was so smart and expressive—I couldn’t imagine him not being treated as a member of our family,” she says. 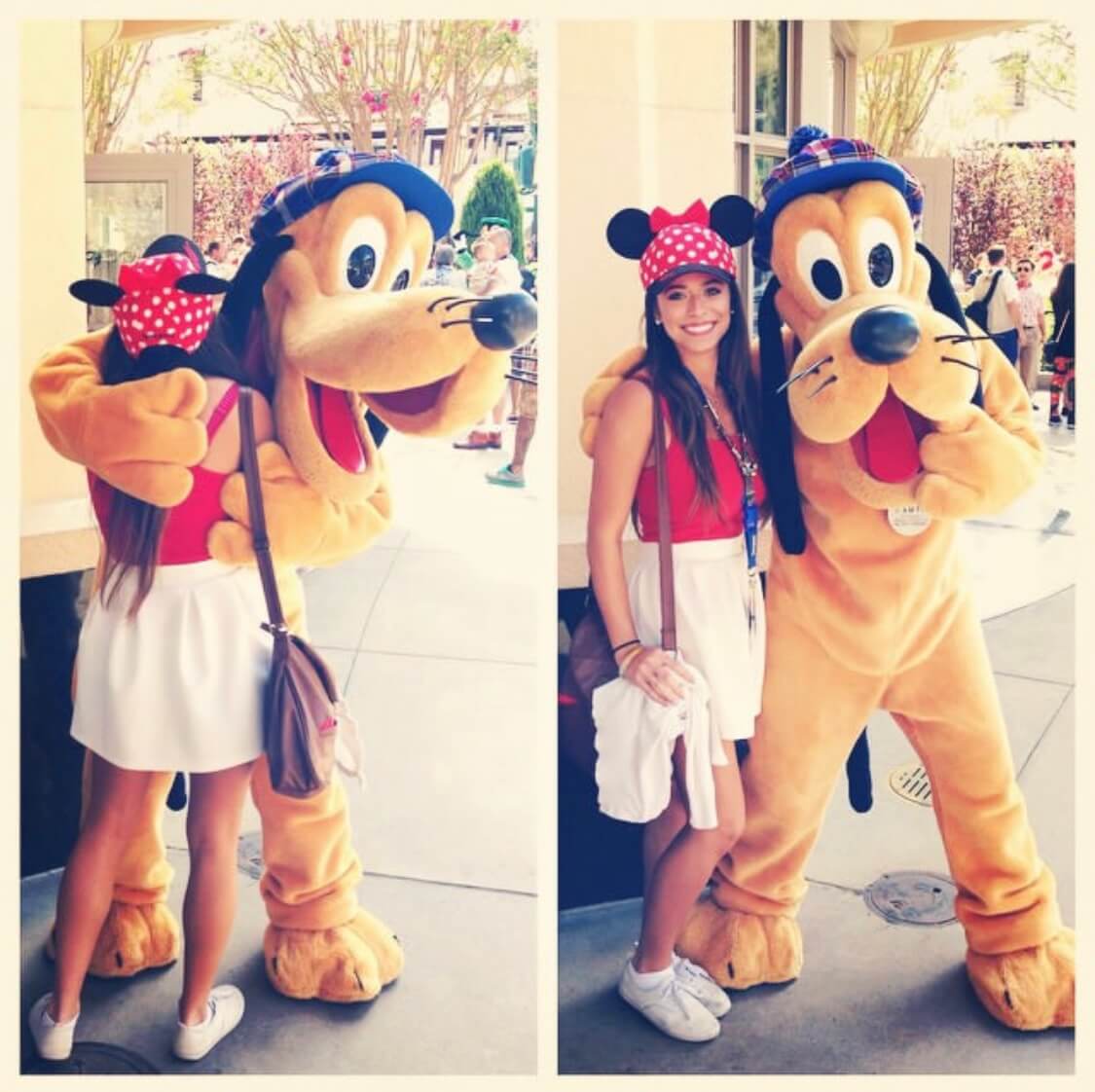 Hernandez went on to study visual communications and design at the Fashion Institute of Design & Merchandising in Los Angeles, where she was encouraged to consider humans’ impact on animals and the environment—and she went vegan after realizing that “animals used for food are no different from Kalani.” Now at PETA, she explains that her goal with her artwork is to help people “imagine themselves in the animals’ position, empathize with them, and understand that they are living, feeling beings just like we are.” 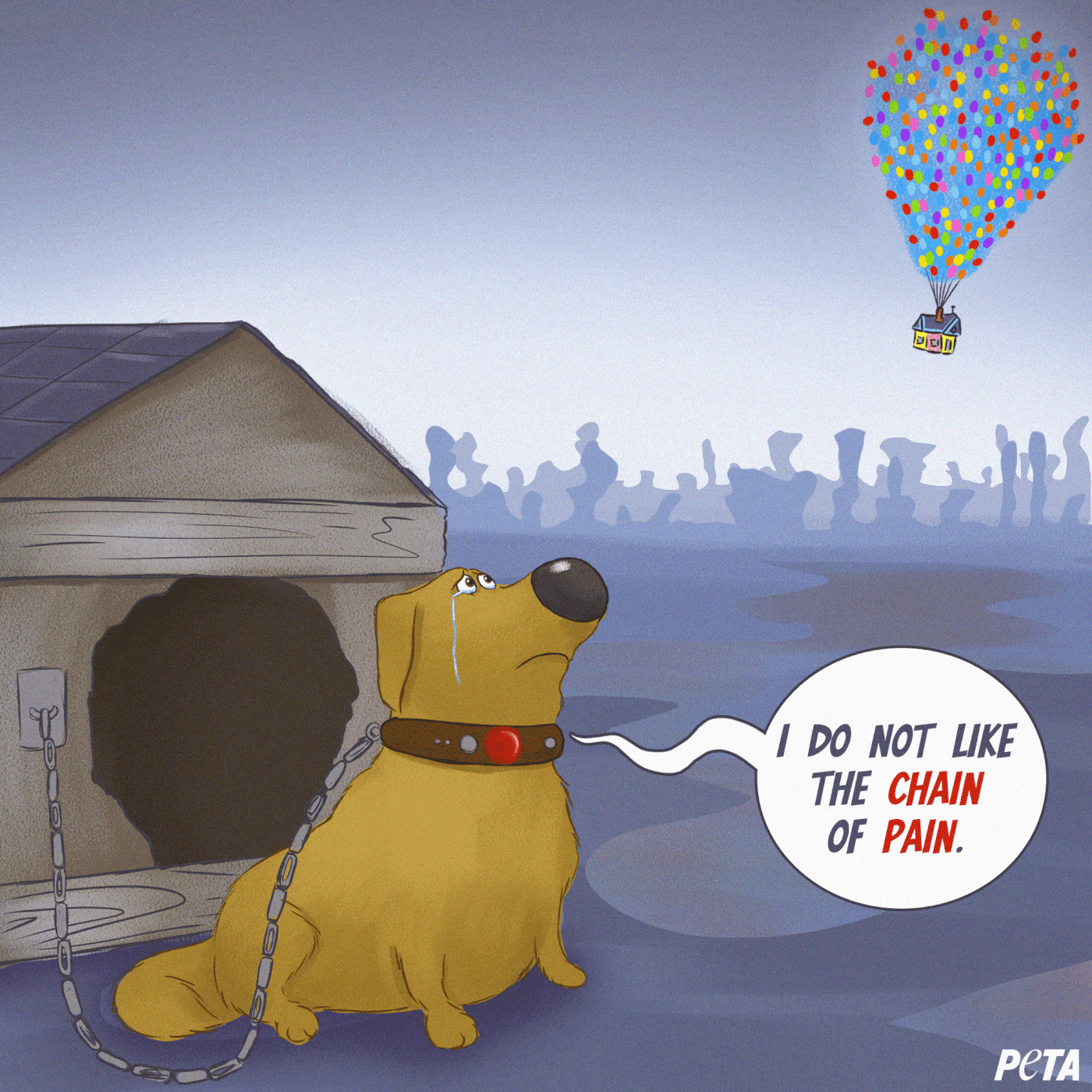 Her first image features Dug from Up, chained to a doghouse and crying. Hernandez took real-life inspiration from the work done by PETA’s field team, which on a daily basis visits neglected dogs who are kept chained or penned in backyards. Lonely and isolated, they are often also deprived of adequate food, water, and veterinary care, and their emotional and social needs are completely ignored. Instead of going on adventures, a chained or penned dog’s world is reduced to a few square feet, where they have no escape from their own waste.

Hernandez wants others to know that just like humans, dogs are social animals. But chained dogs—as seen in this reimagined version of Lady and the Tramp—are often unable to socialize with each other freely and sometimes can’t even reach food and water, when chains get tangled. 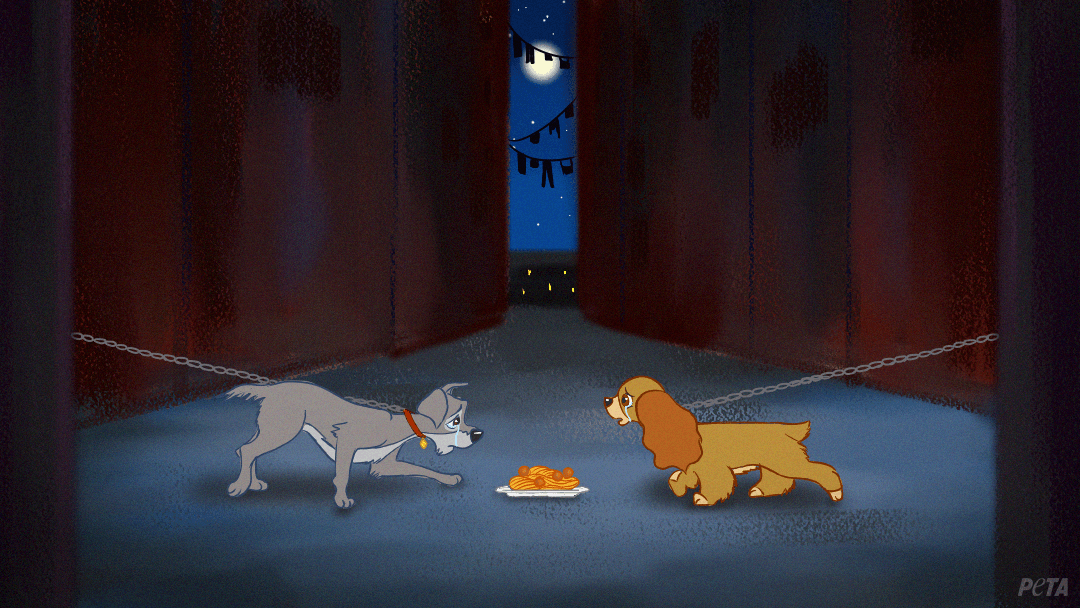 Dogs kept chained outside can’t escape to find cooler areas and suffer in the summer heat while humans get to enjoy the safety and comfort of the climate-controlled indoors. With no relief from the blazing sun, many succumb to deadly heatstroke or dehydration. 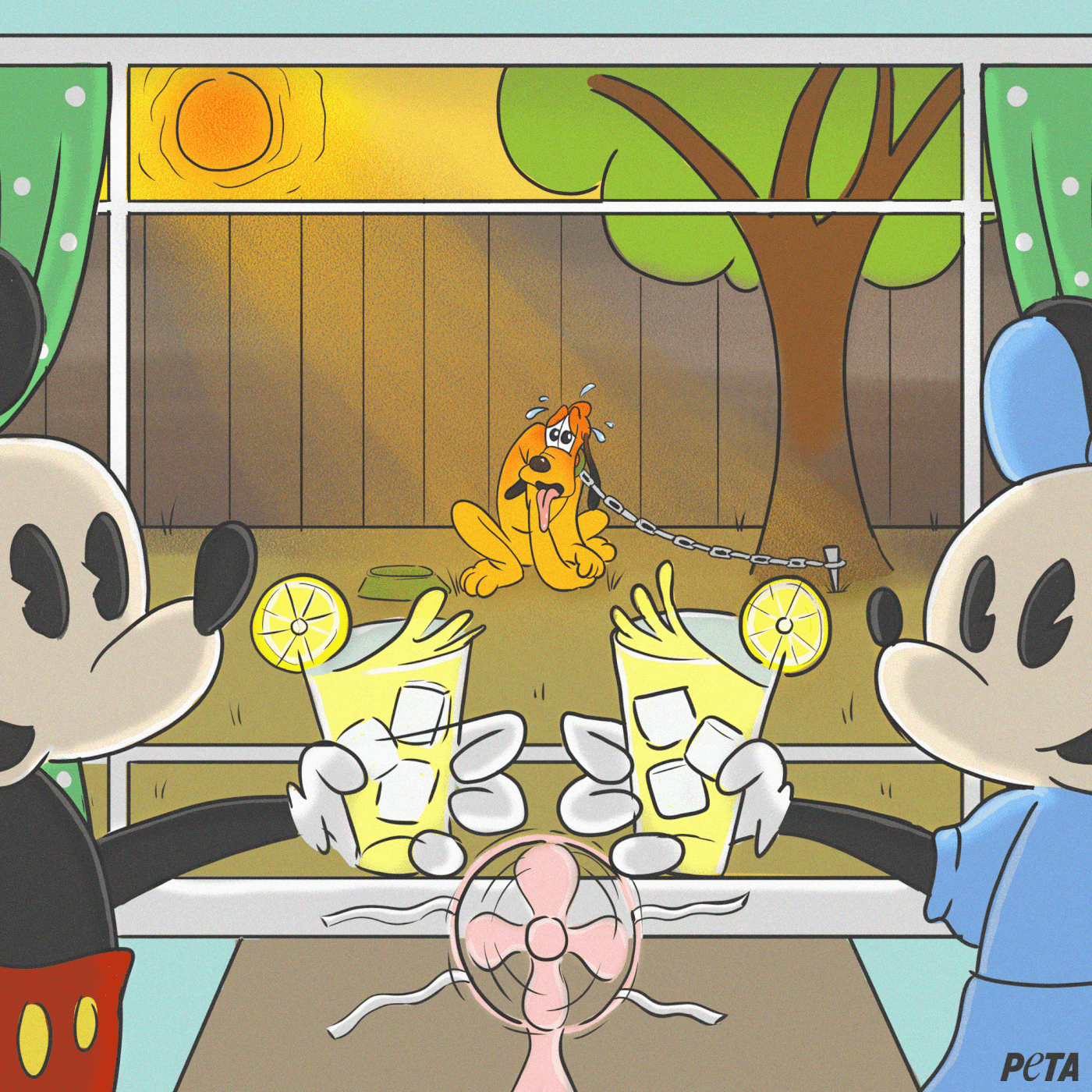 Dogs kept outside miss the comfort and company of their human family members. They want to be part of the fun, too! 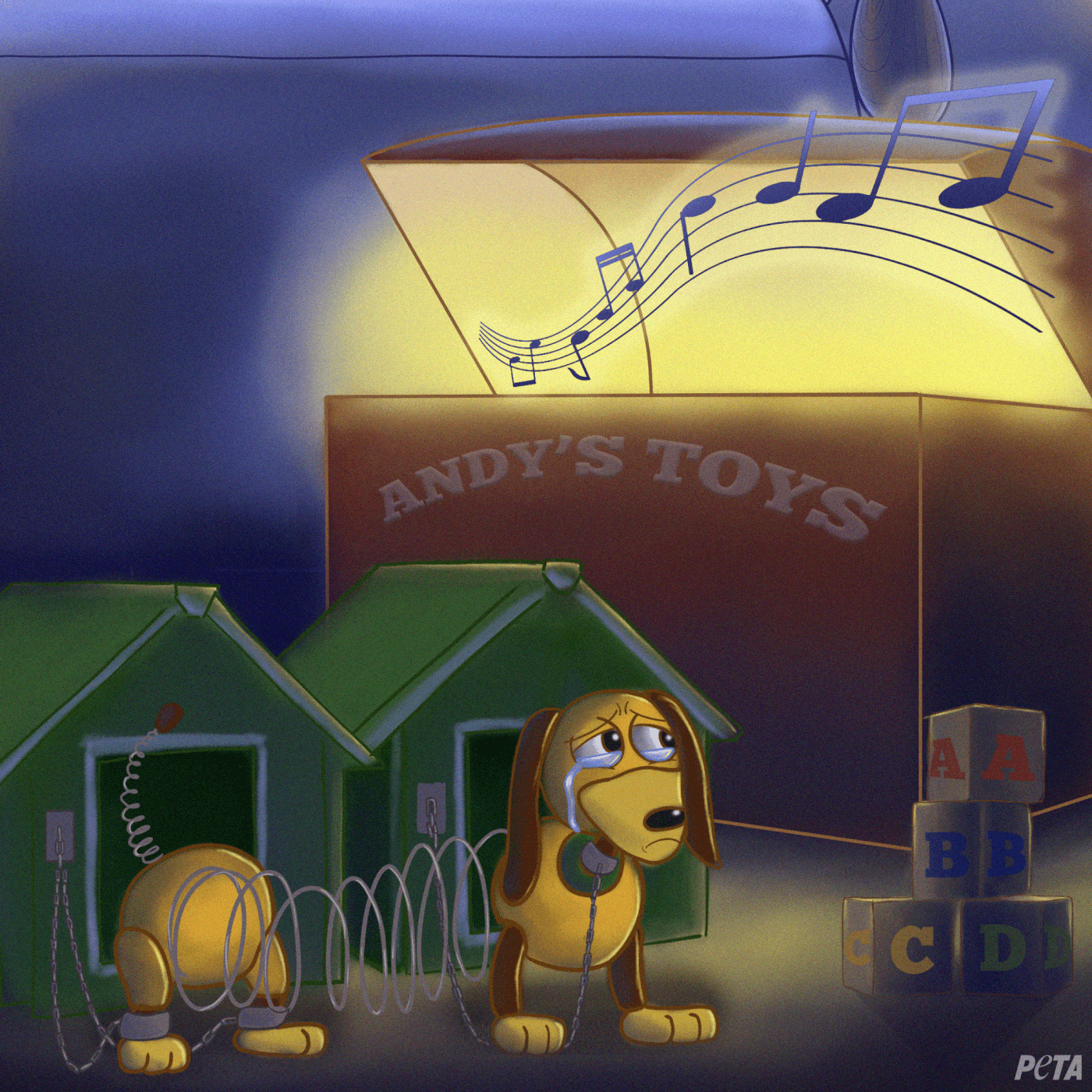 This piece was inspired by a PETA rescue of 39 dogs from a breeder in Michigan. Breeding operations are horrible for parents and puppies, and so many loving dogs in shelters need homes, which is reason enough to adopt and never buy dogs. 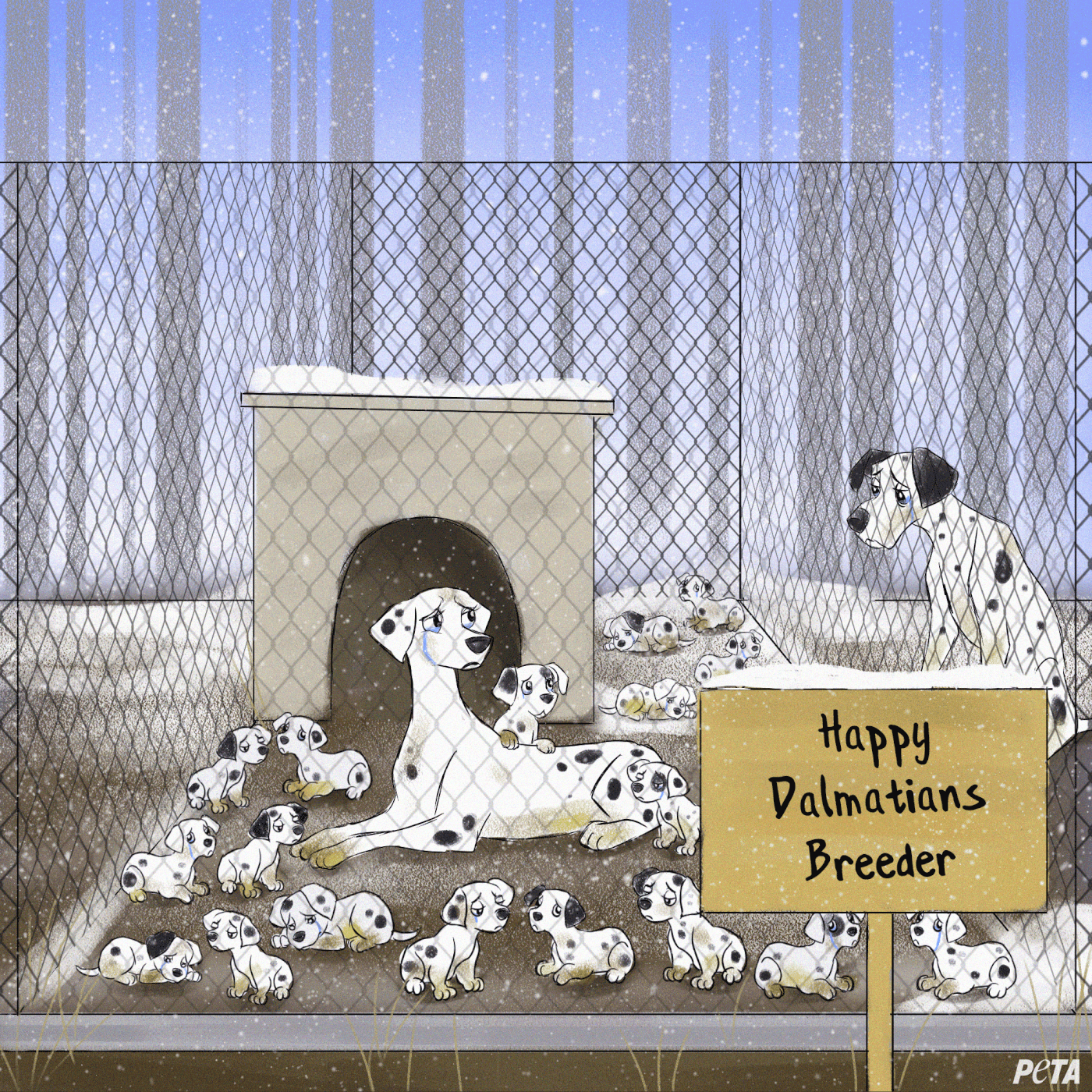 When humans treat dogs like objects instead of individuals, they ignore that animals have their own thoughts, feelings, and preferences. Keeping dogs chained or penned is one of the cruelest punishments imaginable for social pack animals, who need and deserve companionship, exercise, mental stimulation, and joy.

You can take action for chained dogs by working with your city or county legislators to ban tethering and supporting PETA’s rescue team, which supplies free wellness and veterinary services to chained dogs in the areas surrounding our Norfolk, Virginia, office, the Sam Simon Center: