How on Earth did our society end up thinking that another species’ breastmilk, filled with saturated fat and cholesterol, was somehow vital to human health?

Seriously, some 60 percent of humans can’t even digest cow’s milk. And studies have found that people who consume large amounts of dairy “products” have a higher risk of fracturing bones and dying prematurely. It’s no wonder that more folks than ever before are ditching cow’s milk for healthy vegan options. 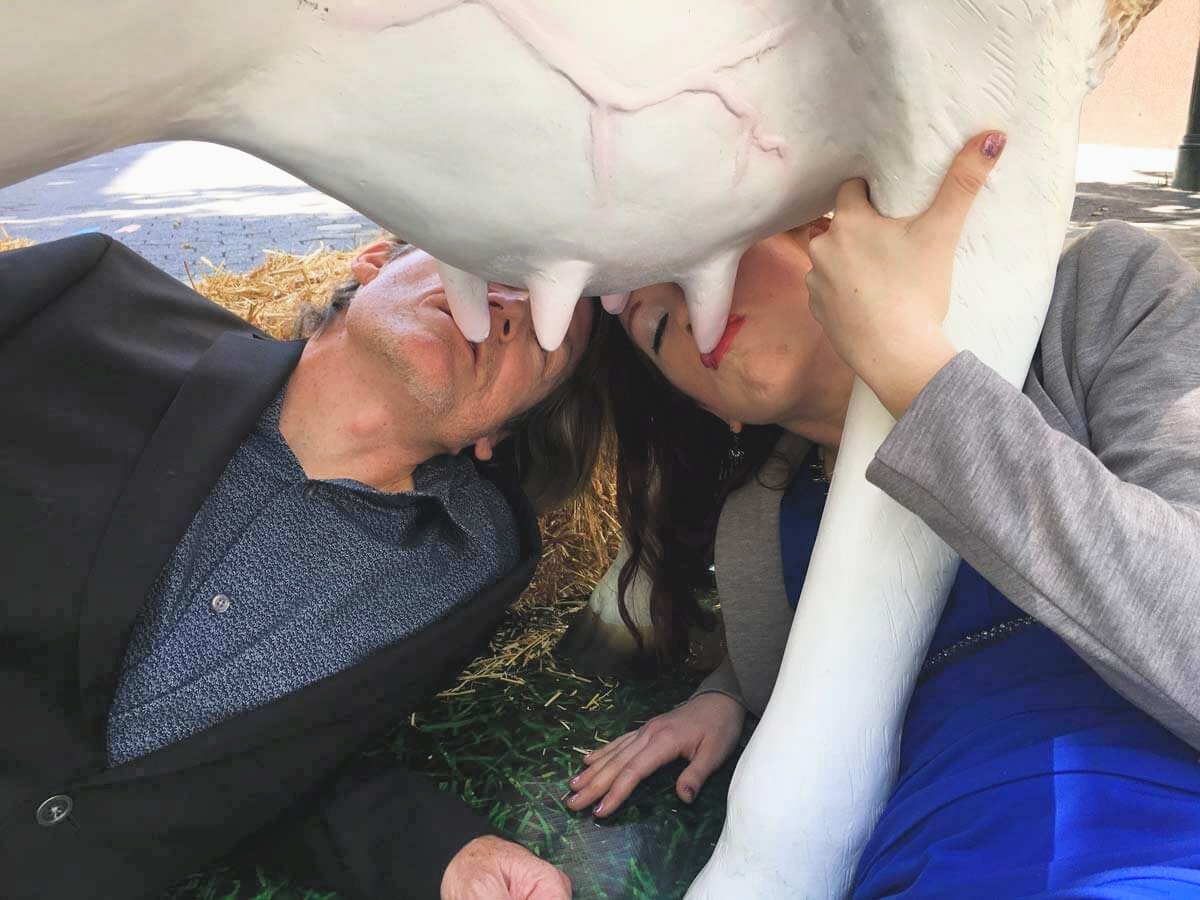 Still, farmers continue to milk and rape via artificial insemination thinking, feeling cows until their bodies are destroyed—all for something that many consumers no longer want. Despite the growing popularity of plant-based alternatives, dairy production has increased 13 percent in the last decade.

So what gives? Hold onto your tinfoil hat: There’s quite a conspiracy going on here.

We can trace big dairy’s roots back to World War I, when our government created a huge demand for powdered and canned milk to send overseas to soldiers. By the time the war inevitably ended, many farmers had abandoned other crop production and invested everything they had into the dairy industry.

The problem was so big that the U.S. government started buying up America’s unwanted cow’s milk. It was pushed on schools, the military, and other countries (as “aid”). But most of the nation’s unwanted milk sat rotting in massive underground storage facilities. (Smell that? It’s the dank scent of foreshadowing.)

By the 1980s, our government was spending $2 billion a year on unwanted milk. Fed up with wasting tax dollars, Ronald Reagan canceled the dairy industry’s annual bloated bailout. Victory! Right?

The Dairy Industry Bought Your Politicians

With one foot in the grave, the infuriated dairy industry began spending massive amounts of money lobbying to protect its outdated interests—and its plan worked.

Thanks to the 1983 Dairy Production Stabilization Act, dairy farmers were charged a mandatory fee to fund efforts to increase human consumption of milk and other dairy “products.”

The U.S. Department of Agriculture (USDA)—the same agency in charge of our country’s nutritional guidelines—is also in charge of a multimillion-dollar advertising campaign designed to push cow’s milk onto the public.

Remember those cheesy—err, corny—“Got Milk?” ads? That’s just one example of USDA-approved dairy propaganda aimed at consumers. Ever wonder why it seems like so many products, even some types of potato chips and tomato sauce, contain milk? The same legislation that’s responsible for the promotion of dairy “products” is also in charge of creating shady new ways to get Americans to consume them. The agency also forms partnerships with corporations like McDonald’s, Taco Bell, and Domino’s to create milk-heavy menu items.

Even today, the dairy industry spends millions of dollars to pay off politicians who protect their interests anytime national nutritional guidelines come up for review. A serving of cow’s milk is still a required part of school lunches across the country, and despite the mountain of evidence showing that it’s detrimental to human health, three servings a day are still recommended under the USDA’s dietary guidelines. “Got Milk?” How about “Got Conned?”

Despite Its Corrupt Efforts, the Dairy Industry Continues to Fail

As a result of decades of bad policy, America continues to drown in unwanted milk. The USDA states that our country has 1.4 billion pounds of surplus cheese, and our government has dished out millions in tax dollars to support the crumbling industry. Over 70 percent of the U.S. milk market is subsidized by our government.

It's the country's 1.4 billion-pound cheese surplus, the largest in U.S. history. https://t.co/DTiiwr1Yac

Thankfully, humans are finally catching on to the big “white lie.” Sales of vegan milks have soared by 61 percent in the past five years, and 58 percent of American adults now consume them. Modern dairy industry–backed campaigns like #Februdairy have been total busts, and more market analysts are calling on our political leaders to allow the archaic industry to fail.

You can stick it to the dairy industry by going vegan today. Try a cold brew oat milk latte from our friends at RISE Brewing Co., sprinkle some Daiya cheese on your pizza, and guzzle some of the near-countless vegan milk options on the market. With so many delicious vegan products in stores everywhere, it’s easier than ever to ditch foods made from cow’s milk.