On Monday morning, Oscar winner Casey Affleck and his mother, Chris Anne Boldt, joined PETA at the University of Massachusetts–Amherst (UMass) to demand an end to the school’s deadly experiments on marmosets that are supposedly to study menopause, a condition that these primates do not experience. The World to Come star spoke at a news conference at the university’s Student Union before marching to a campus laboratory to protest. 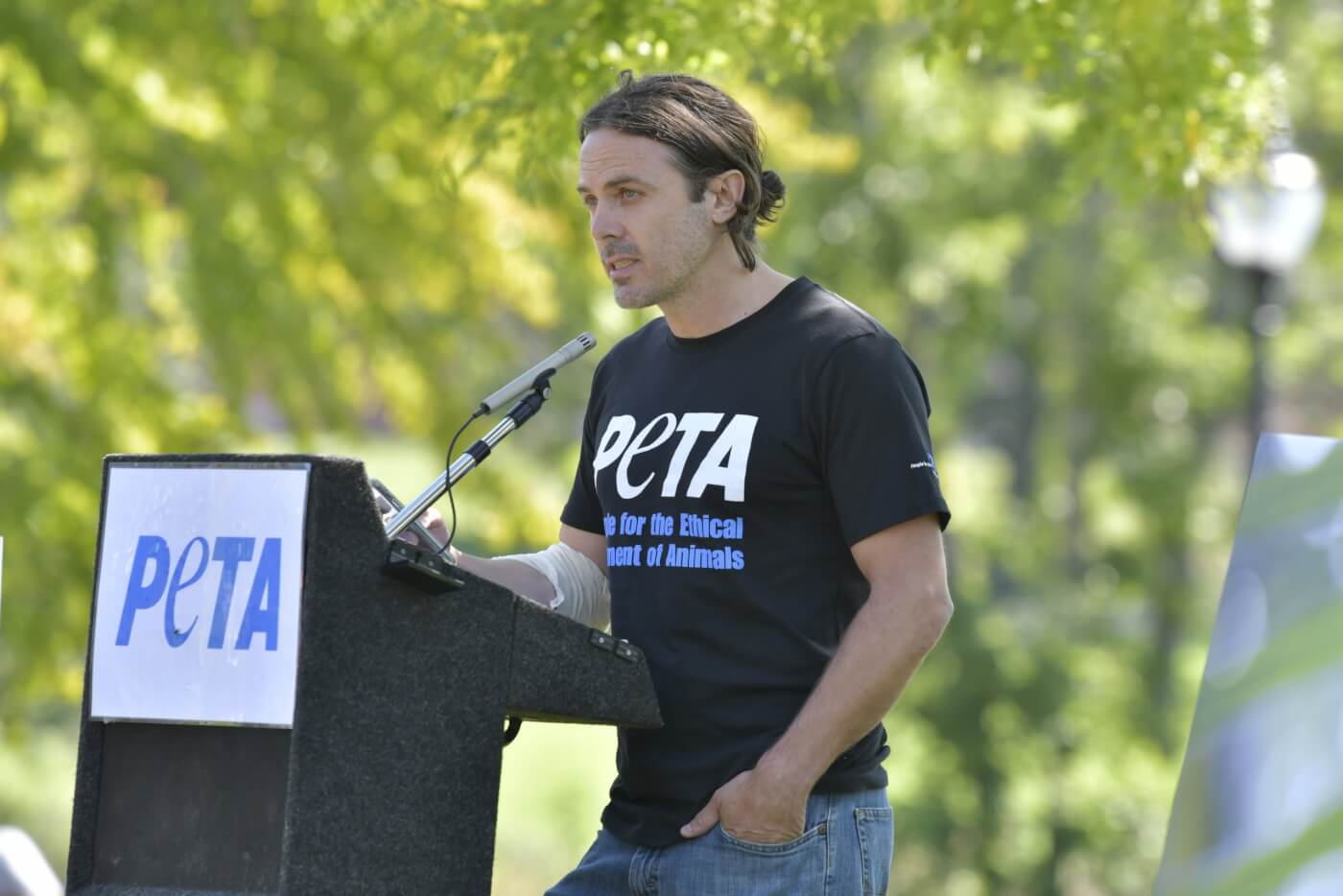 “My family, including my mother, Chris, who’s here with me today, and I are from Massachusetts, and as you also likely know, we tend to take pride in things uniquely New England or Boston: our sports teams, our accents, our universities. But on that last point—not today. UMass can and should do better—end these hideous experiments on marmosets today. UMass, be the leader I know you to be.” 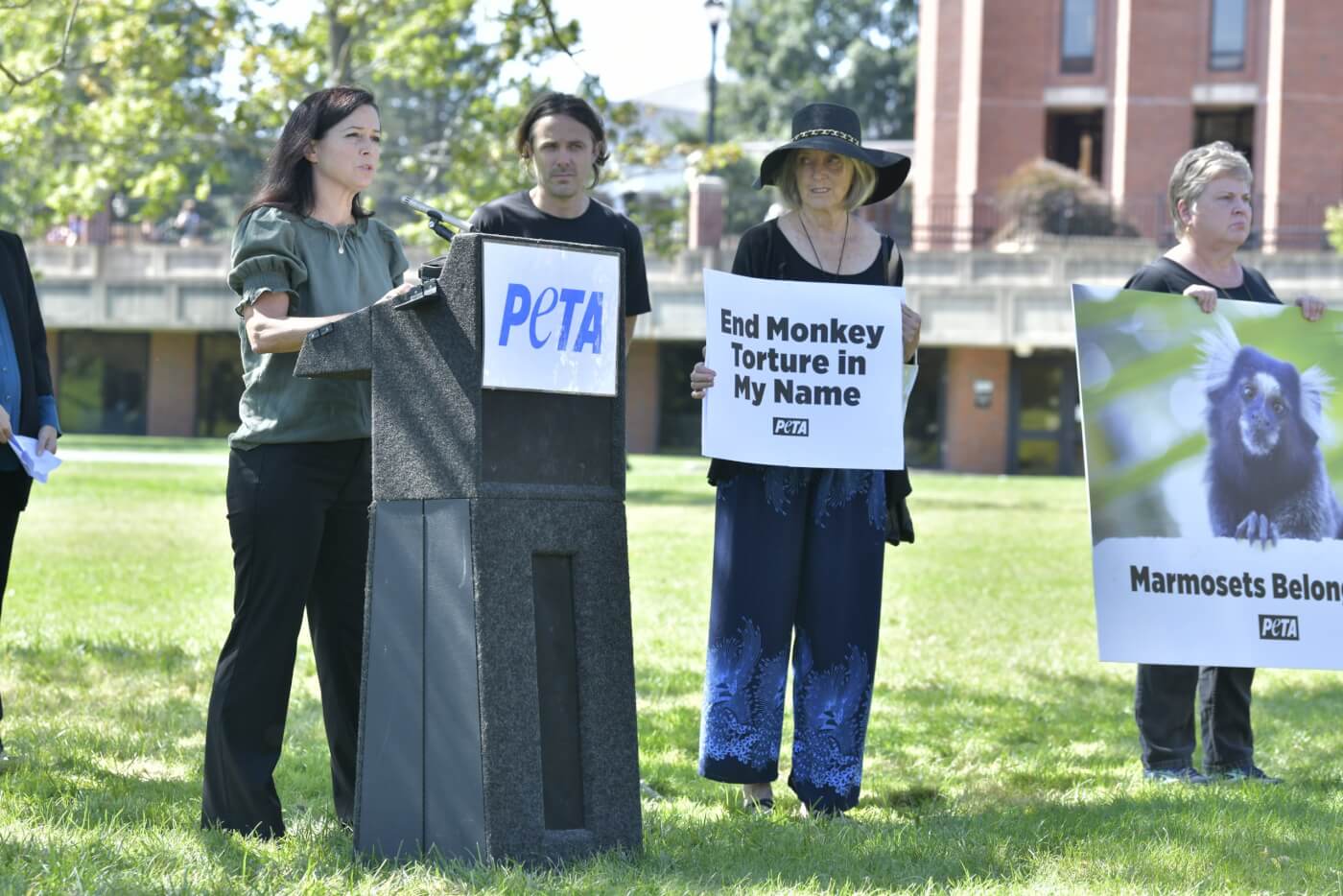 What Monkeys Endure in UMass Laboratories

At UMass, experimenters zip-tie frightened marmosets into restraining devices, drill into their skulls and implant electrodes, cut open their necks to expose muscle, and thread electrode leads from the scalp and neck to the abdomen. To mimic “hot flashes,” experimenters cut out the monkeys’ ovaries and heat the animals with hand warmers, like those placed in mittens during wintertime. 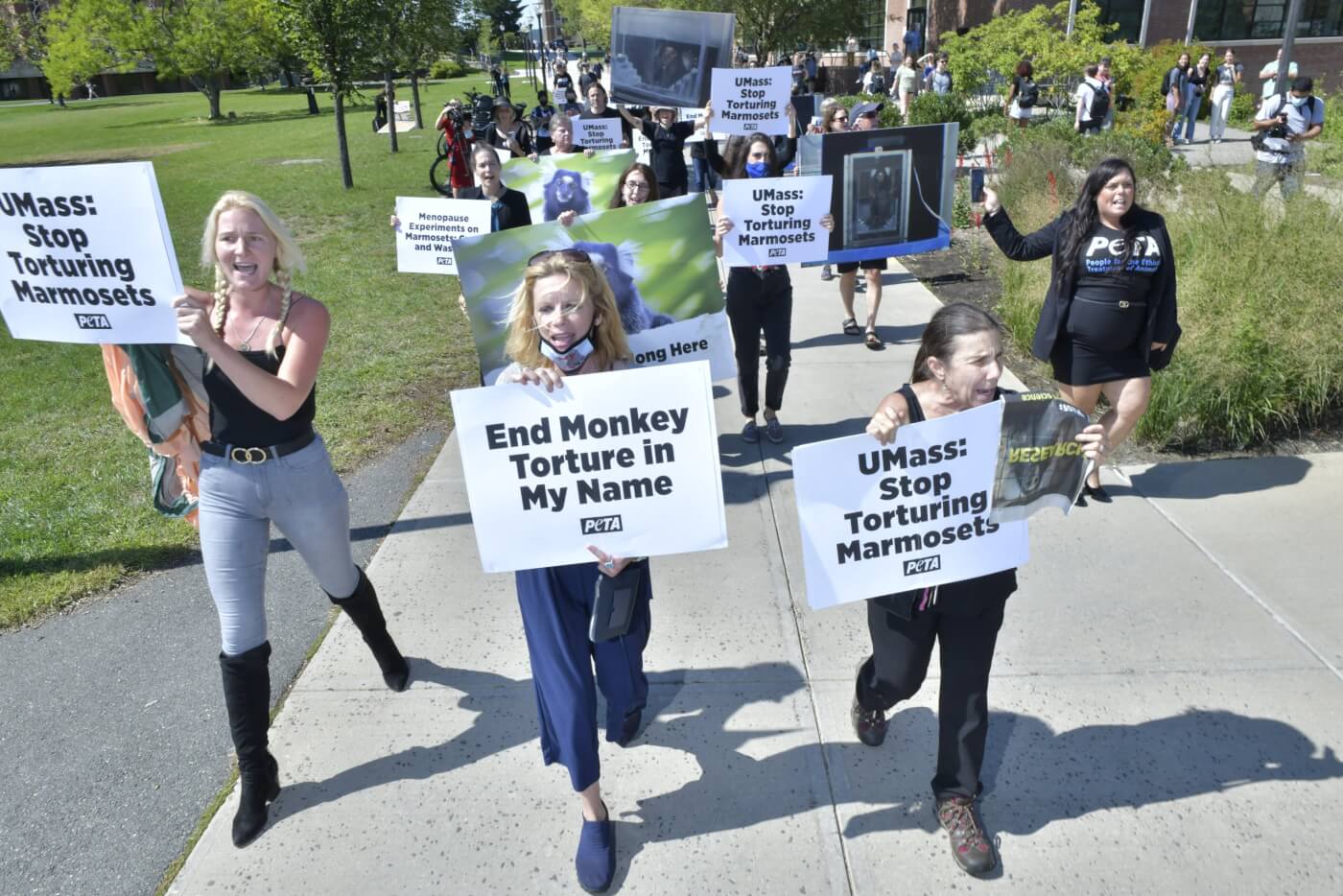 Marmosets are intelligent, sensitive, and complex individuals with the capacity to experience a wide range of emotions. But they’re increasingly being exploited and killed in laboratories because they are small and friendly and can reproduce rapidly. Like all other animals, they deserve our respect, compassion, and protection.

It’s speciesist and wrong to believe that humans have the right to treat other species as nothing more than disposable tools to be used and thrown out.

“Marmosets aren’t tiny humans, and cutting them up leads to nothing but misery and death. UMass remains in the dark ages of science and needs to shut down this laboratory and modernize its research program immediately.” 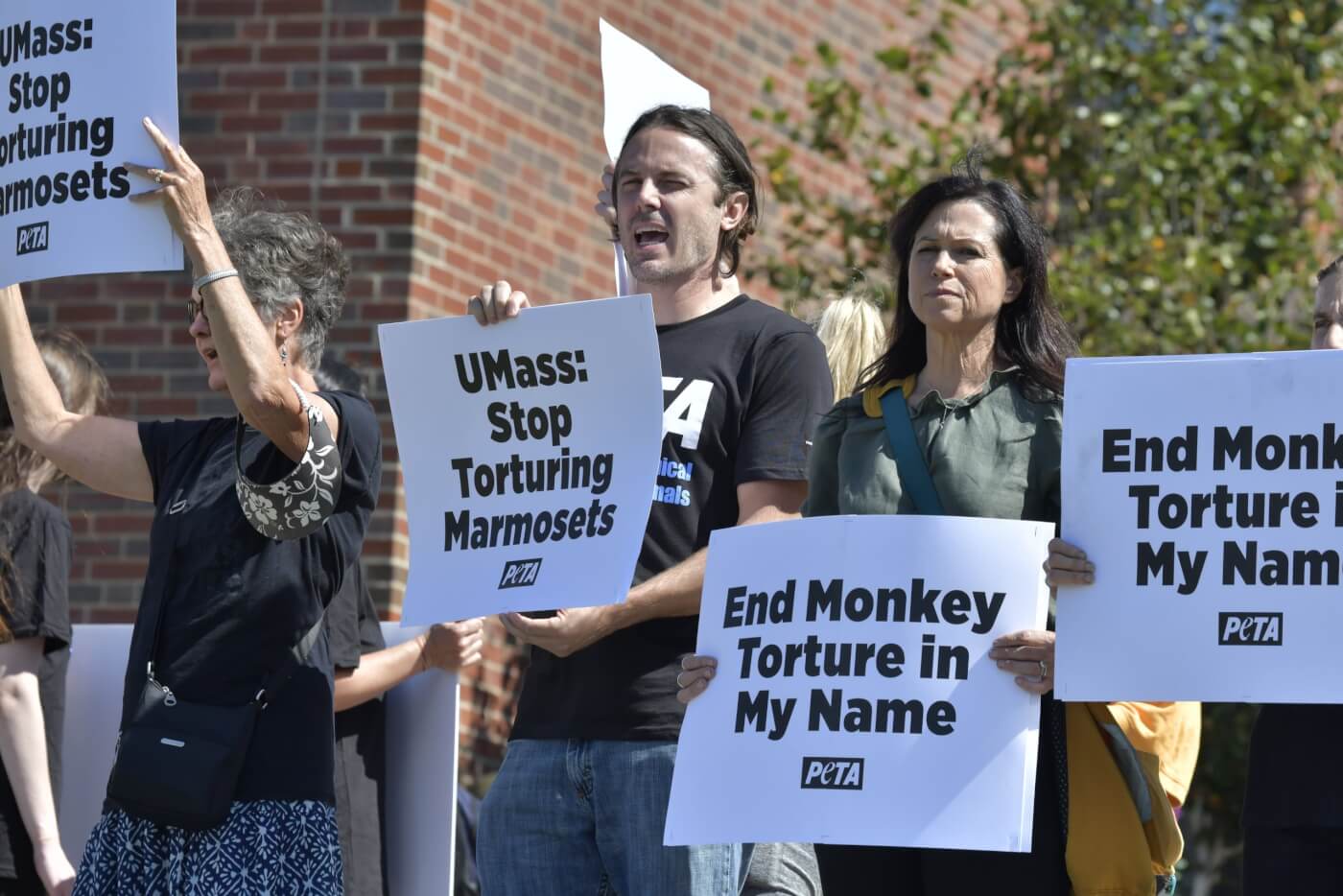 These cruel experiments at UMass hurt monkeys and taxpayers, but you can help end them. It only takes a minute to speak up for marmosets using your phone or computer, so what are you waiting for? Get started now: