You’d expect a university to be a place of higher learning and innovation, yet small, delicate marmoset monkeys are tormented and killed in a University of Massachusetts–Amherst (UMass) laboratory as part of an absurd attempt to study age-related changes in human cognition associated with menopause—which marmosets don’t even experience!

Most students who pass by the laboratory on their campus probably have no idea that UMass experimenters led by Agnès Lacreuse perform invasive surgeries on female marmosets. They implant electrodes in holes that they drill into the animals’ skulls. Then they cut into their necks and thread electrode leads from their scalp and neck through their abdomen. 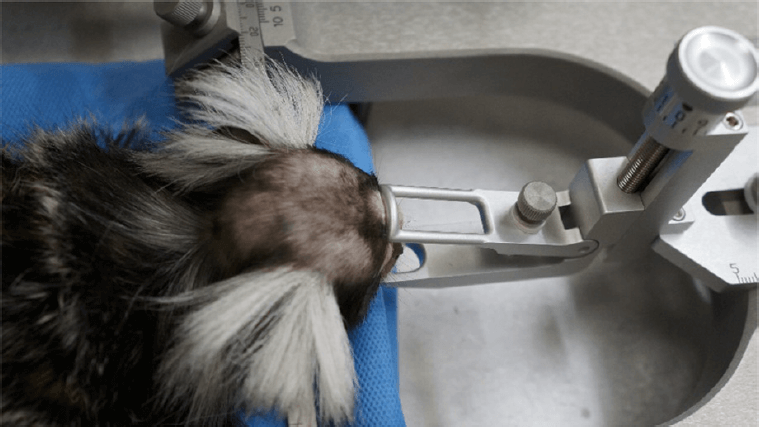 The marmosets are routinely zip-tied into a restraining device to immobilize them, and then they’re shoved into a plastic cylinder that’s screwed in place and subjected to the noise of an MRI machine, which is frightening and confusing.

In some tests, these sensitive, social monkeys are left in solitary confinement—which United Nations officials have compared to torture when it’s done to humans—just to see how they react.

A marmoset in this laboratory died when experimenters left hand warmers on him after surgery. He sustained burns so severe that he had to be euthanized. After experimenters let another marmoset escape, they injured the monkey’s tail during recapture. A second monkey also escaped and got into a fight with another marmoset, resulting in injuries to both animals.

Marmosets don’t go through menopause, so Lacreuse decided to devise ways to simulate it in the monkeys she exploits. For instance, she surgically removes their ovaries and then uses hand warmers on the monkeys to mimic hot flashes—yes, hand warmers, like the kind you put in your mittens in January. This isn’t science. 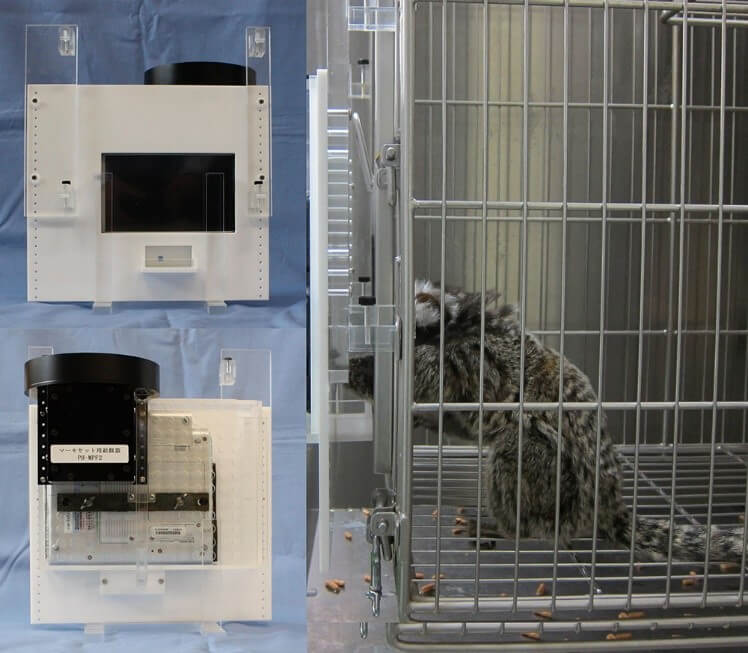 A (2018) A Method to Train Marmosets in Visual Working Memory Task and Their Performance. ... | Nakamura, Koba, Miwa, Yamaguchi, Suzuki and Takemoto | CC BY 4.0

This kind of experiment wouldn’t even win a blue ribbon at a fifth-grade science fair, and it’s decidedly not the paradigm-changing work expected from an adult who, incidentally, has hauled in more than $3.8 million in taxpayers’ hard-earned money to play scientist. Much as a window is no substitute for a door, giving marmosets pretend hot flashes cannot hope to shed any light on a human condition that the animals themselves do not experience—and the monkeys are kept in distressing and unnatural living conditions while being subjected to the traumatizing “studies.” If the COVID-19 vaccine has shown us anything, it’s that skipping animal experiments can bring relief to humans quickly and efficiently. Just use the door and skip the window.

These Experiments Hurt Monkeys and Taxpayers—Help End Them

After caging, cutting into, and experimenting on marmosets, Lacreuse kills them and dissects their bodies. These experiments amount to nothing more than the torment of sensitive monkeys and a scourge for American taxpayers—they’ve costed us nearly $4 million so far and earned UMass a laundry list of citations for violations of federal animal welfare laws.