California’s fur ban, which applies to the sale and production of new products made from animals’ fur, will finally go into effect at the start of the new year, making 2023 a huge year for dogs, cats, minks, foxes, and the many other animals humans torment and kill for their fur.

The law, which passed in the California legislature in 2019, was championed by over 600,000 PETA supporters in the state. In addition, we wrote to California’s Senate Committee on Natural Resources and Water strongly urging its support of the measure. Over a dozen countries in Europe have taken action to shut down fur farms, and it’s clear now more than ever: Fur is dead. 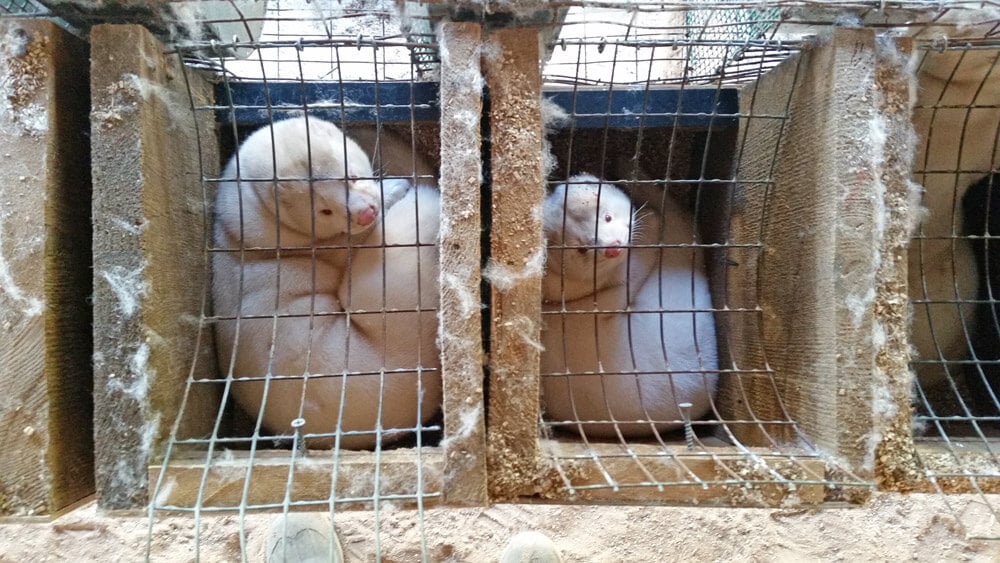 On fur factory farms, where 85% of the fur industry’s skins are obtained, animals are often crammed into filthy wire cages with no space to themselves. They can’t express any of the normal behavior essential to their well-being, and they quickly go insane.

Humans also steal skin from fur-bearing animals in the fur-trapping industry, in which cowardly trappers set barbaric traps in animals’ home turf, checking them daily at best. The trappers then wait for their victims to spring the traps, and animals endure protracted and excruciating deaths while trying to escape. Steel-jaw traps, which clamp onto and mutilate animals’ legs, are the most commonly used device in the industry. Trappers litter the planet with these hazardous, indiscriminate objects, which may be forgotten about, ruining the lives of unintended targets, all in the ruthless pursuit of profit.

Fur Kills the Planet, Too

The fur industry also wreaks havoc on the environment. Fur coats and trim, just like other animal skins, are loaded with toxic chemicals, including ammonia and formaldehyde, to keep them from decomposing. The negative environmental impact from producing a fur coat and trim can be three to 10 times greater than from making a faux-fur coat.

If you spot someone selling animals’ fur in California, we want to know about it. For the sake of all animals killed for their fur, reporting violations of the new law is crucial to its impact. To report violations to PETA, please click the button below. Be sure to share any photos and a detailed report of violations you see.

Now is also the perfect time to urge LVMH—the owner of Louis Vuitton, Fendi, Dior, and other fashion brands—to ban fur. Every day it delays going fur-free is another day it loses sales from conscientious customers.