Television icon Bob Barker has been full on for animal rights and has helped PETA every step of the way for 10 years. To mark this milestone, PETA has named a horse rescued from India’s horse-carriage industry in honor of the former host of The Price Is Right.

Named Mr. Barker—but known as Bob to his caretakers—this lucky horse has “come on down” from hard labor on the streets and is now retired, like his famous namesake. But in his case, that means spending the rest of his life at a tranquil sanctuary.

“We love this man, but what do you give someone who has everything and gives his all to animals? The answer is a rescued horse named in his honor,” says PETA President Ingrid Newkirk.

She adds, “PETA is celebrating 10 years of Bob Barker’s generosity and activism, which have brought about major changes for animals.” 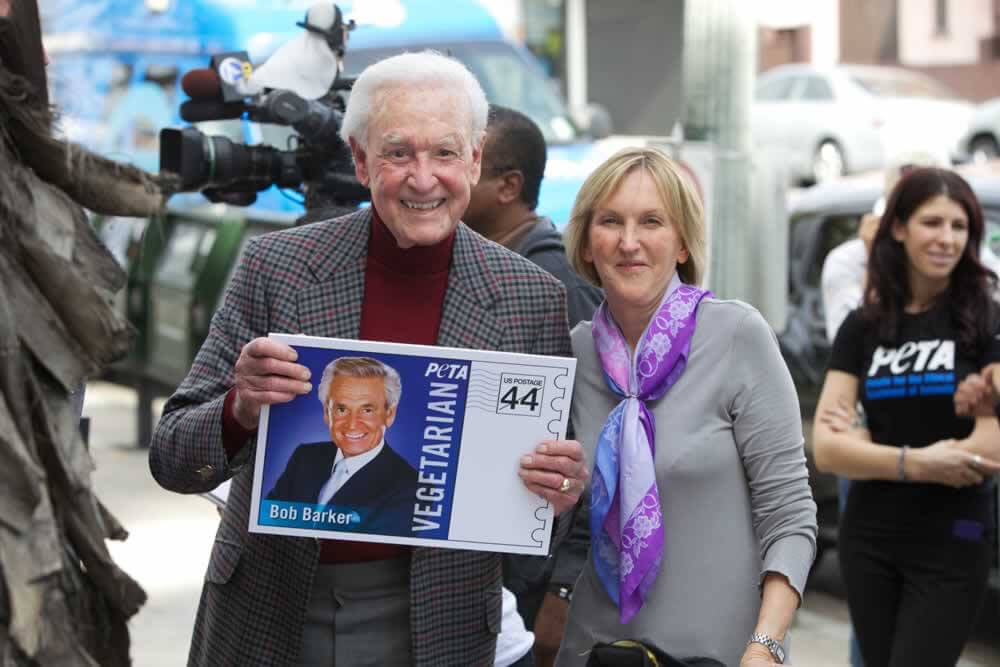 1. He made an extremely generous multimillion-dollar donation that enabled PETA to open its Los Angeles office, an art deco–style building in Echo Park named the Bob Barker Building. 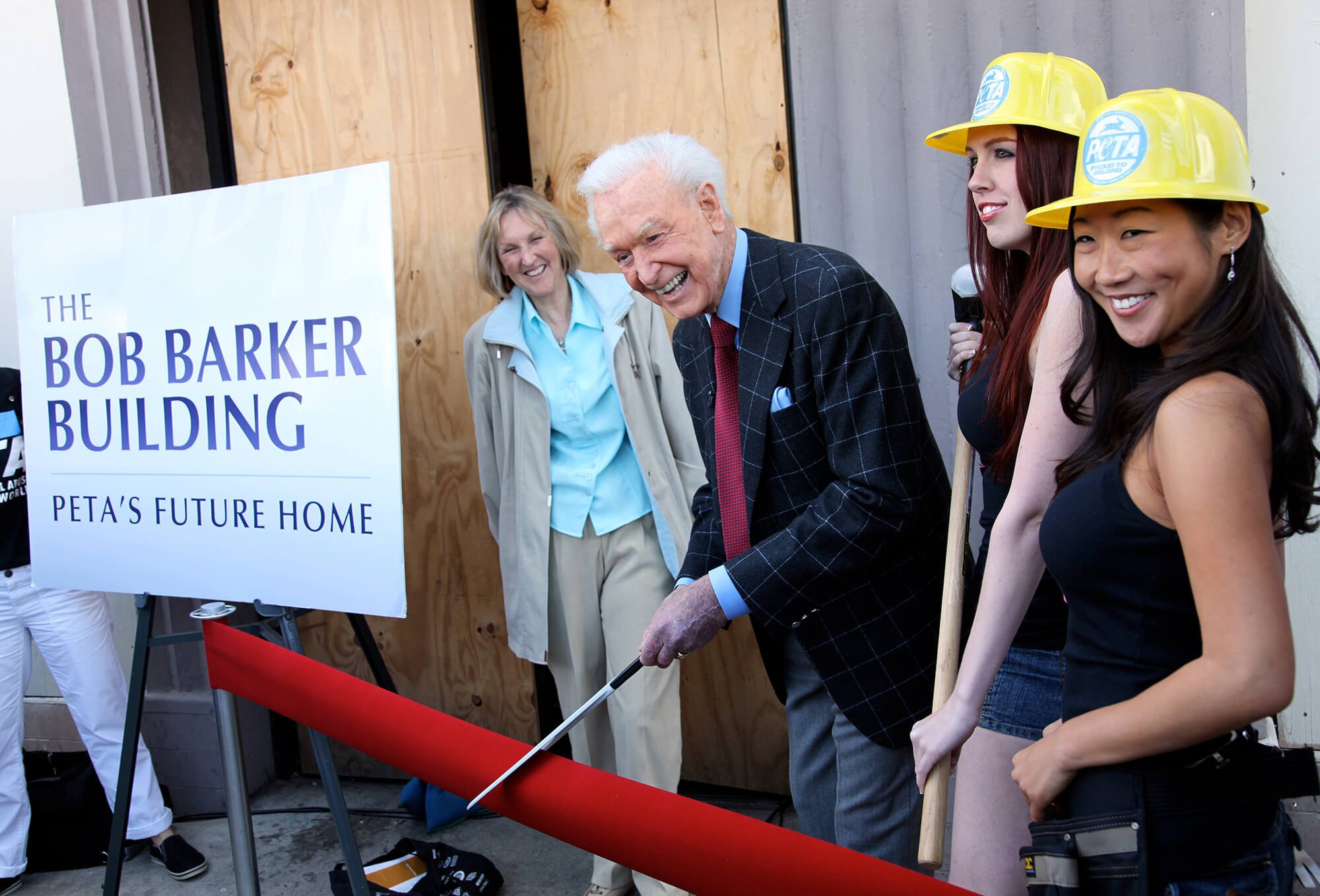 2. More than 30 years ago, he was one of the first stars to announce that he had gone vegetarian, and more recently, he starred in PETA’s “Go Vegetarian, Prevent Alzheimer’s” video and “Vegetarian Icons” stamp series.

3. Because of his disgust at the use of marine mammals in tawdry shows, he’s called for the release of the orca Lolita from the Miami Seaquarium and has urged families to stay away from SeaWorld.

5. A Navy veteran, he has called for the end of military medical drills on live animals—a practice that’s now on its way out. The U.S. Coast Guard has abandoned it, and other branches of the military are following suit.

6. He has called on CBS to stop using wild animals in shows like Zoo (which has since been canceled).

7. He helped defeat an “ag-gag” law—designed to criminalize eyewitness exposés of cruelty in the meat industry—in Wisconsin.

8. After he narrated a video exposé that showed bears being subjected to miserable conditions in North Carolina roadside zoos, six of the animals were transferred to sanctuary homes.

9. He starred in a PETA video urging Congress to cut all funding for the National Institutes of Health’s maternal deprivation experiments on baby monkeys—tests that have since been ended.

10. And of course, he closed every broadcast of The Price Is Right—a show that never allowed fur to be used as a prize—with a plea for people to spay and neuter their dogs and cats.

After retiring from The Price Is Right, Barker has made animal rights his full-time focus for a decade. His compassion and engagement have helped make the world a kinder place for animals, and we should all strive to be more like him. Click on the buttons below to get started: