The powerful new documentary Breaking the Chain takes you behind the scenes as PETA fieldworkers provide neglected and abused animals with food, water, flea preventive medication, doghouses, and emergency veterinary care and do anything else they can to improve their lives.

You can stream the film on Apple TV, Google Play, iTunes, Prime Video, Vimeo, or Vudu.

Below, one PETA fieldworker featured in the movie, Ashley Beard, shares one of her typical days in the field.

9 a.m.—I grab a couple of Clif Bars for the road and head out to rural North Carolina, to a county so impoverished that it doesn’t even have a veterinarian. PETA fieldworkers are often the only resource for animals there. 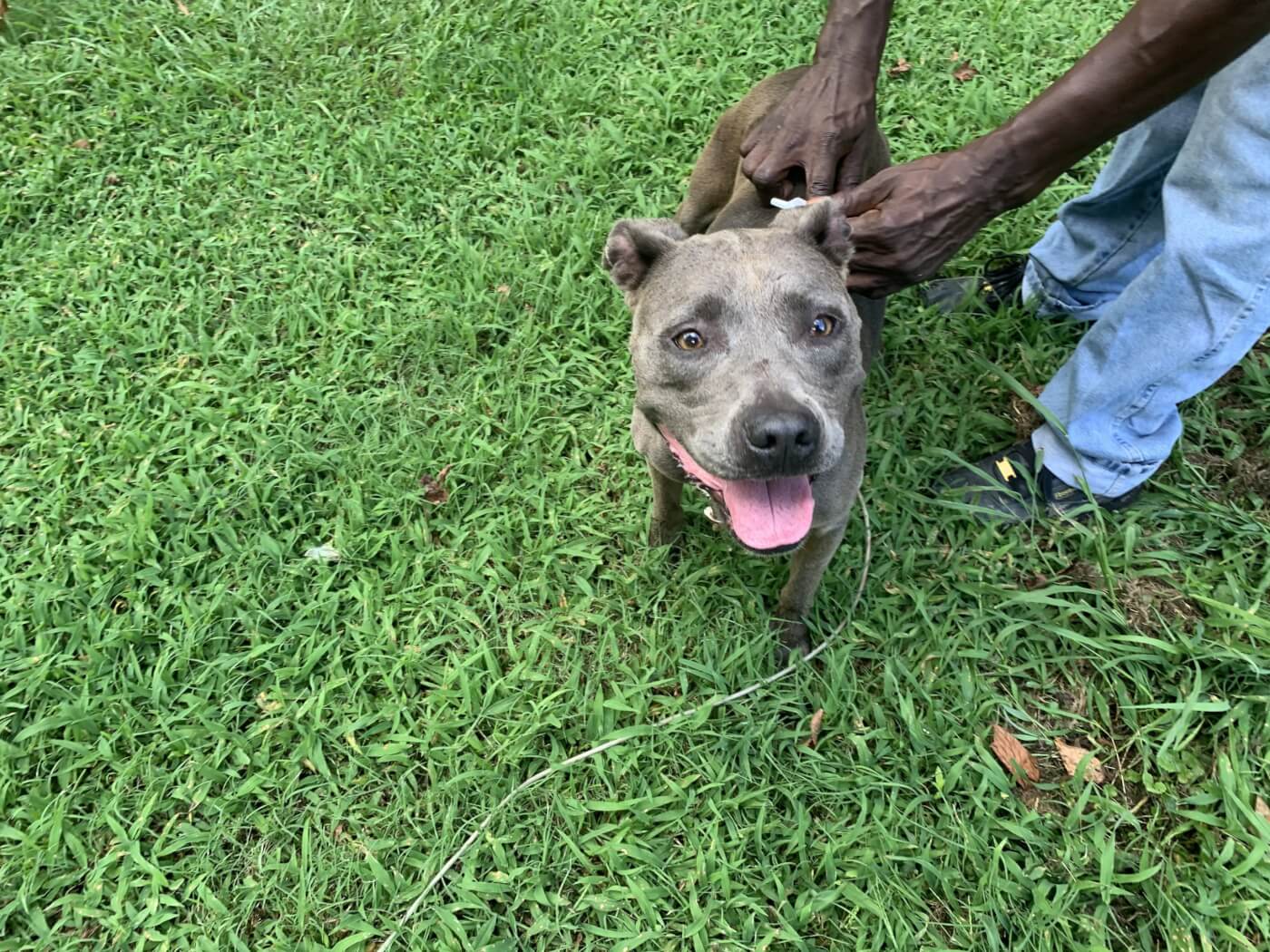 10:30 a.m.—My first stop is the home of a tethered pit bull named Layla. Unfortunately, tethering isn’t illegal here (yet), although PETA has managed to get it banned in numerous other communities. We’re still working on this one! Like a depressingly large number of chained dogs, Layla is still wearing the collar that was put on her as a puppy, which is now grotesquely too small and is rubbing her skin raw. I replace the collar with a larger one and beg her owners to bring her indoors, spend time with her, and meet her other basic needs. 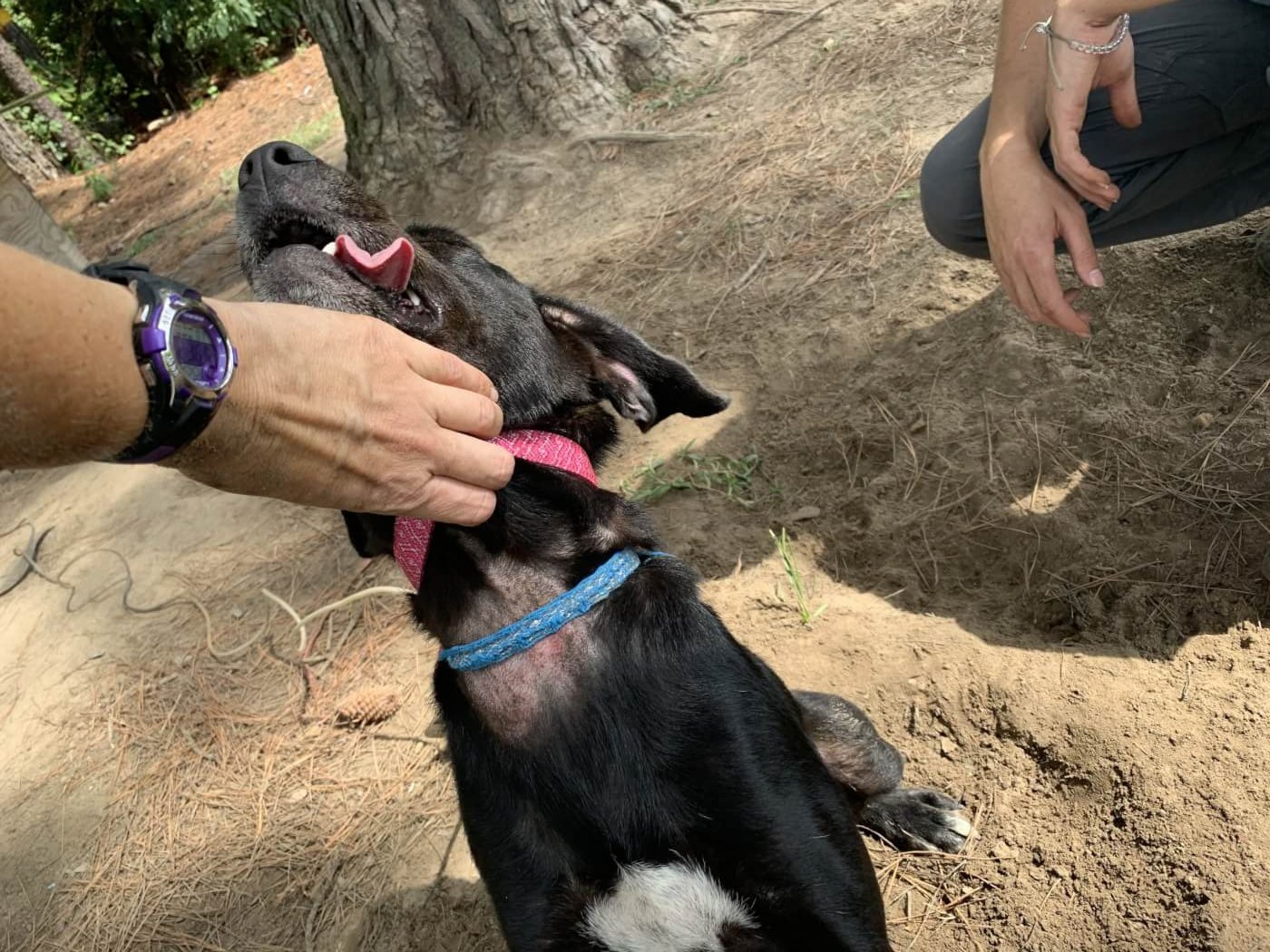 11:15 a.m.—Since I’m in the neighborhood, I drop by to check on my buddy Scarface, a beloved pit bull who lives indoors with his elderly guardian. I transported him to the PETA clinic for treatment of a skin infection a few months ago, so I want to see how he’s doing and give him some toys, which he pounces on like a kid at Christmas. 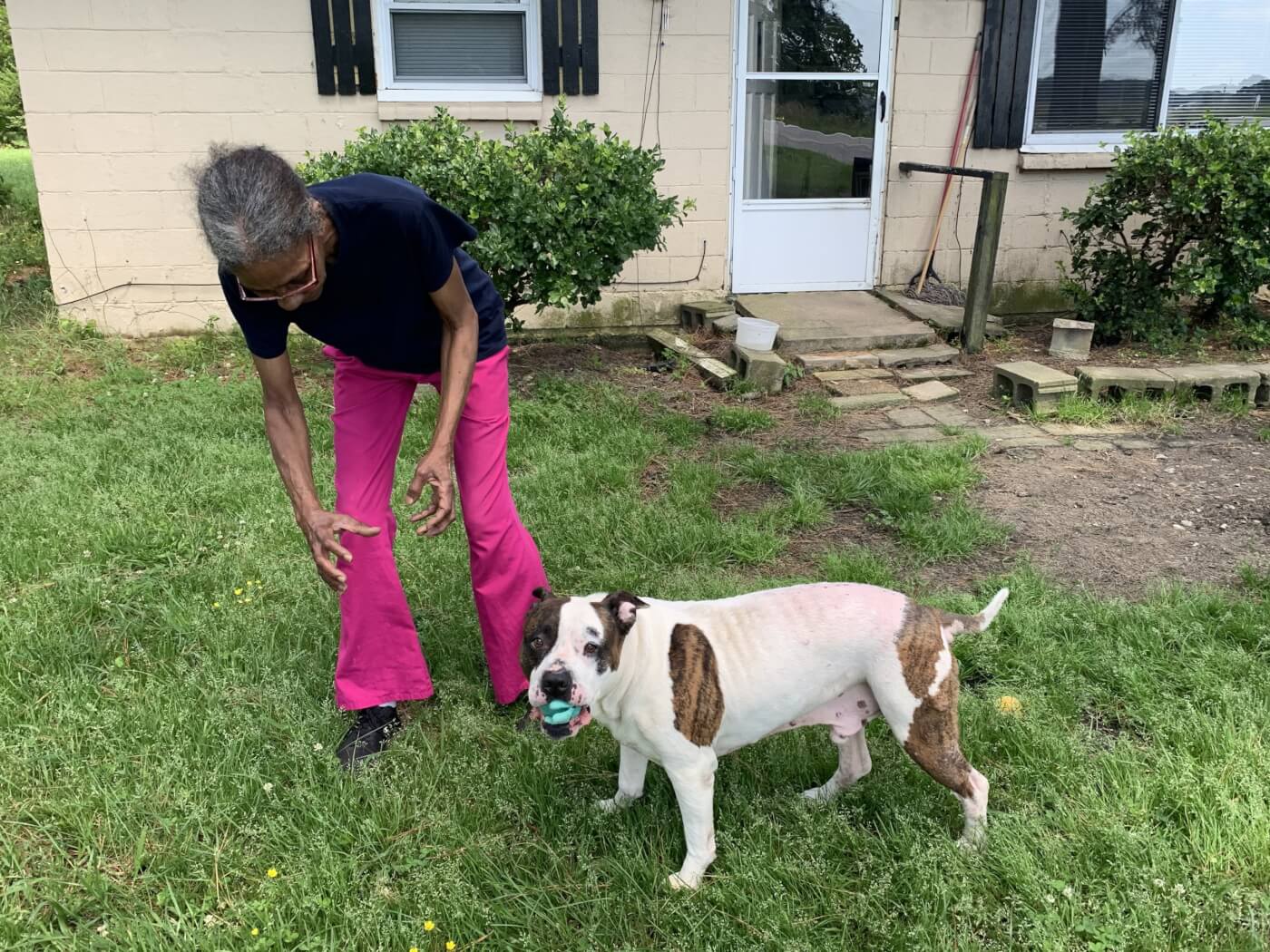 Look at that face! Is it any wonder that I’m crazy about this guy? 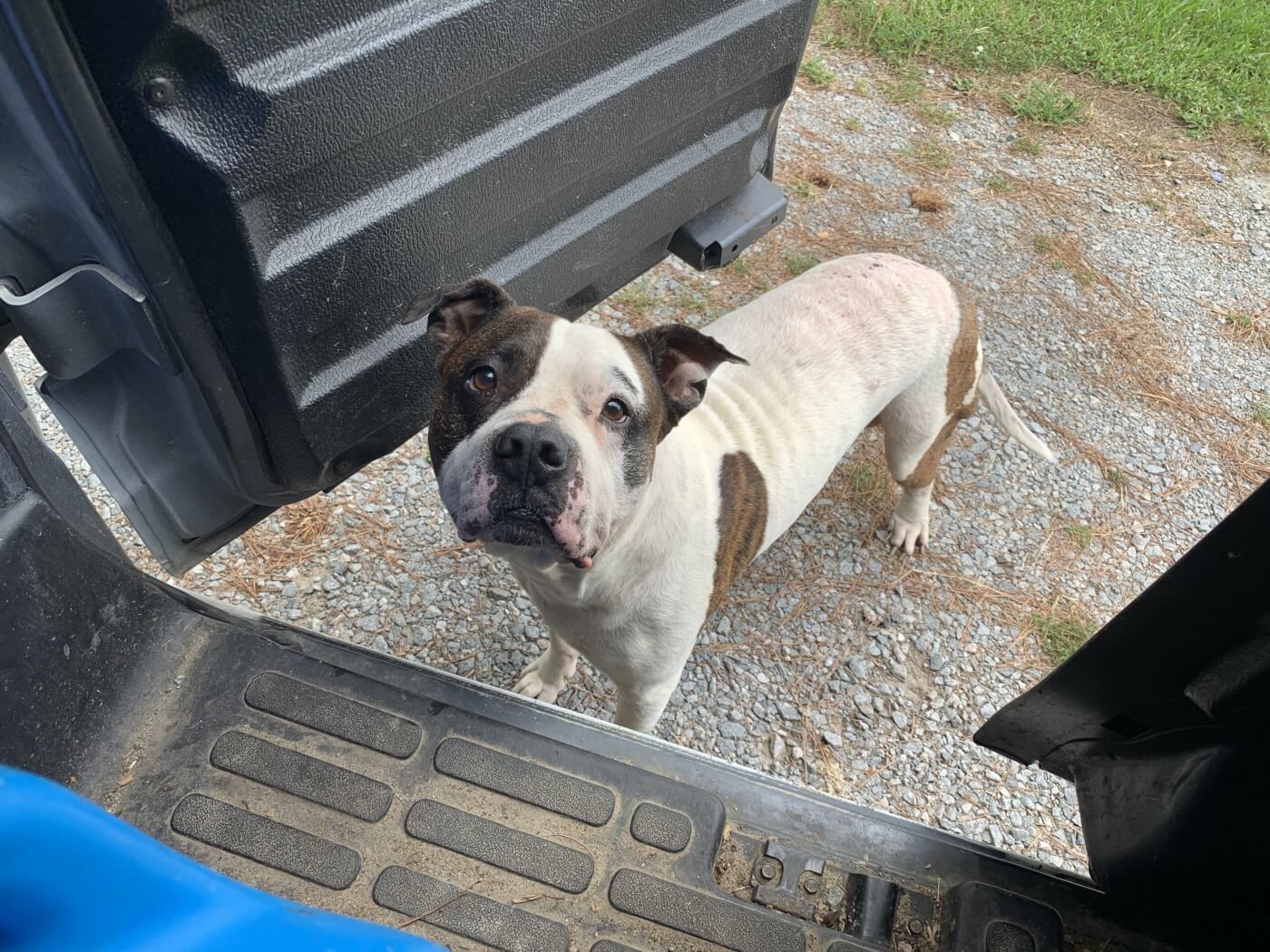 11:45 a.m.—I spot a turtle attempting to cross the road (a common sight during the summer months) and stop to pick her up and carry her the rest of the way across. I often rescue several turtles a day, including some who are so horrifically injured that they must be mercifully euthanized to end their suffering, which could otherwise last for days because of their slow metabolism. 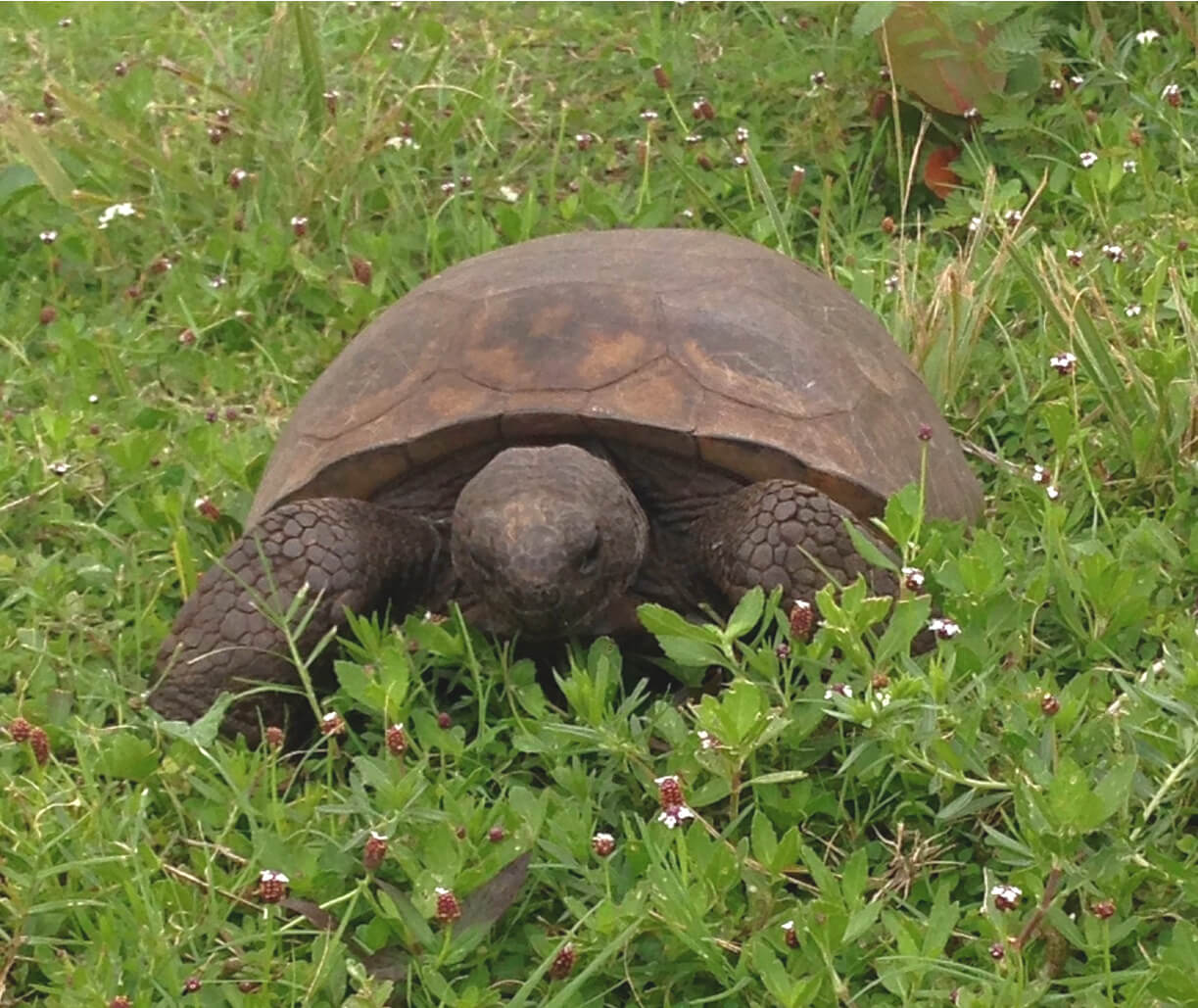 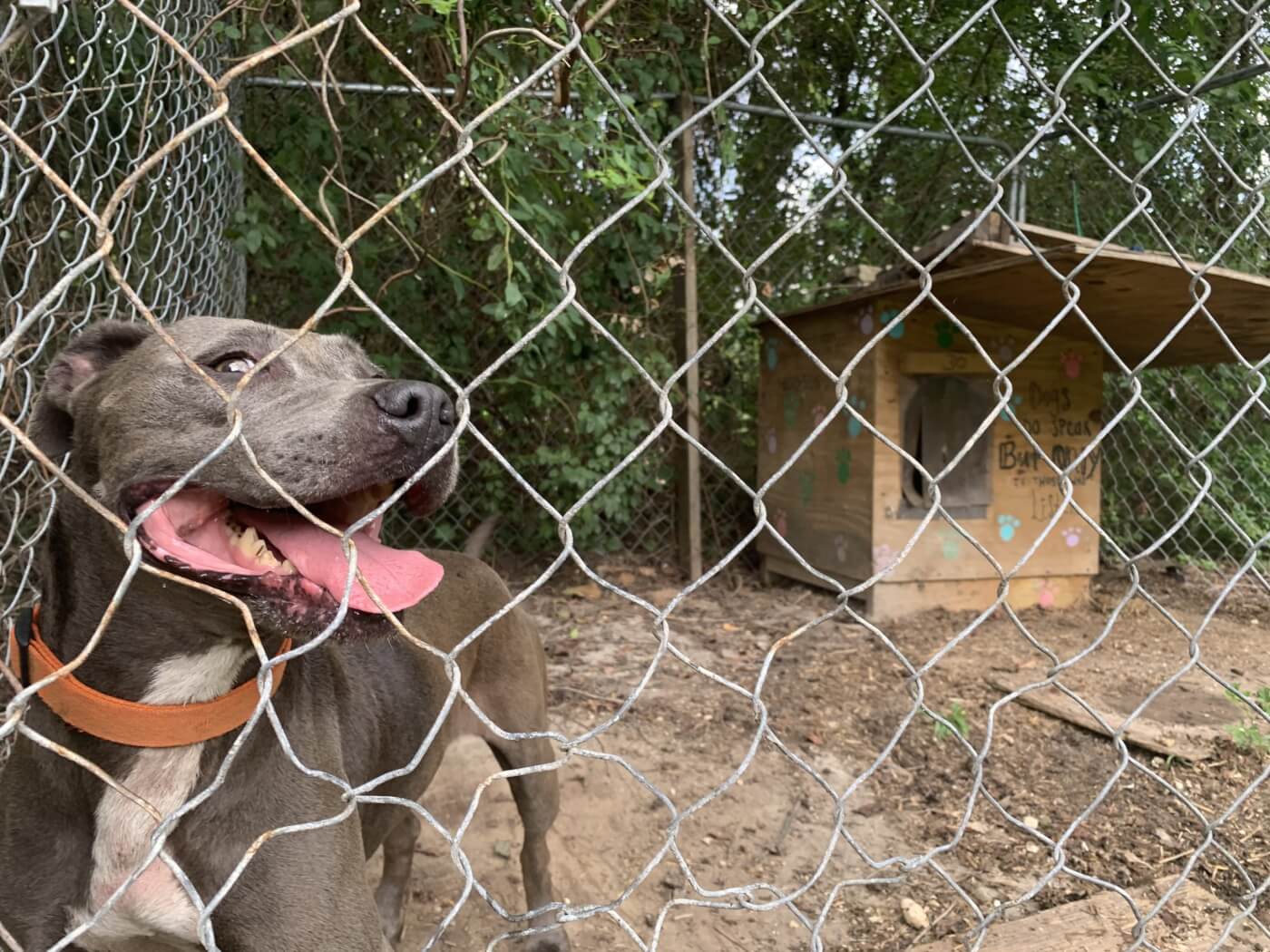 I ask Luna’s owner if I can let her have a few minutes out of the pen while I clean it and fill her water bucket. She has an absolute blast running around and rolling in the grass—such a simple thing that brings her so much joy. 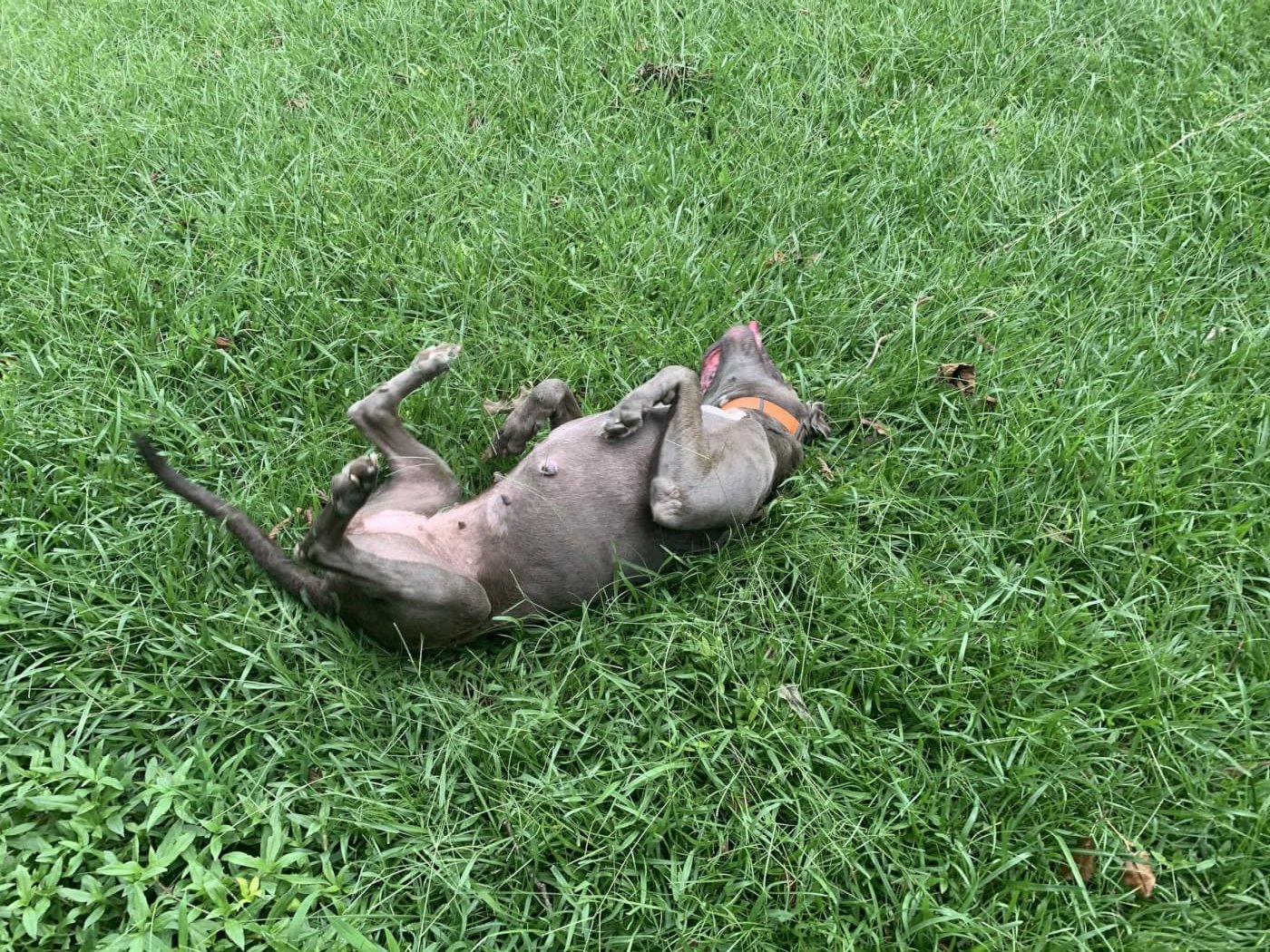 1:30 p.m.—I show the children at the next stop how to clean out their dogs’ pens, fill their water buckets, and give them treats. I leave some animal-friendly children’s books to inspire them to keep looking after the dogs until the next time we check in. 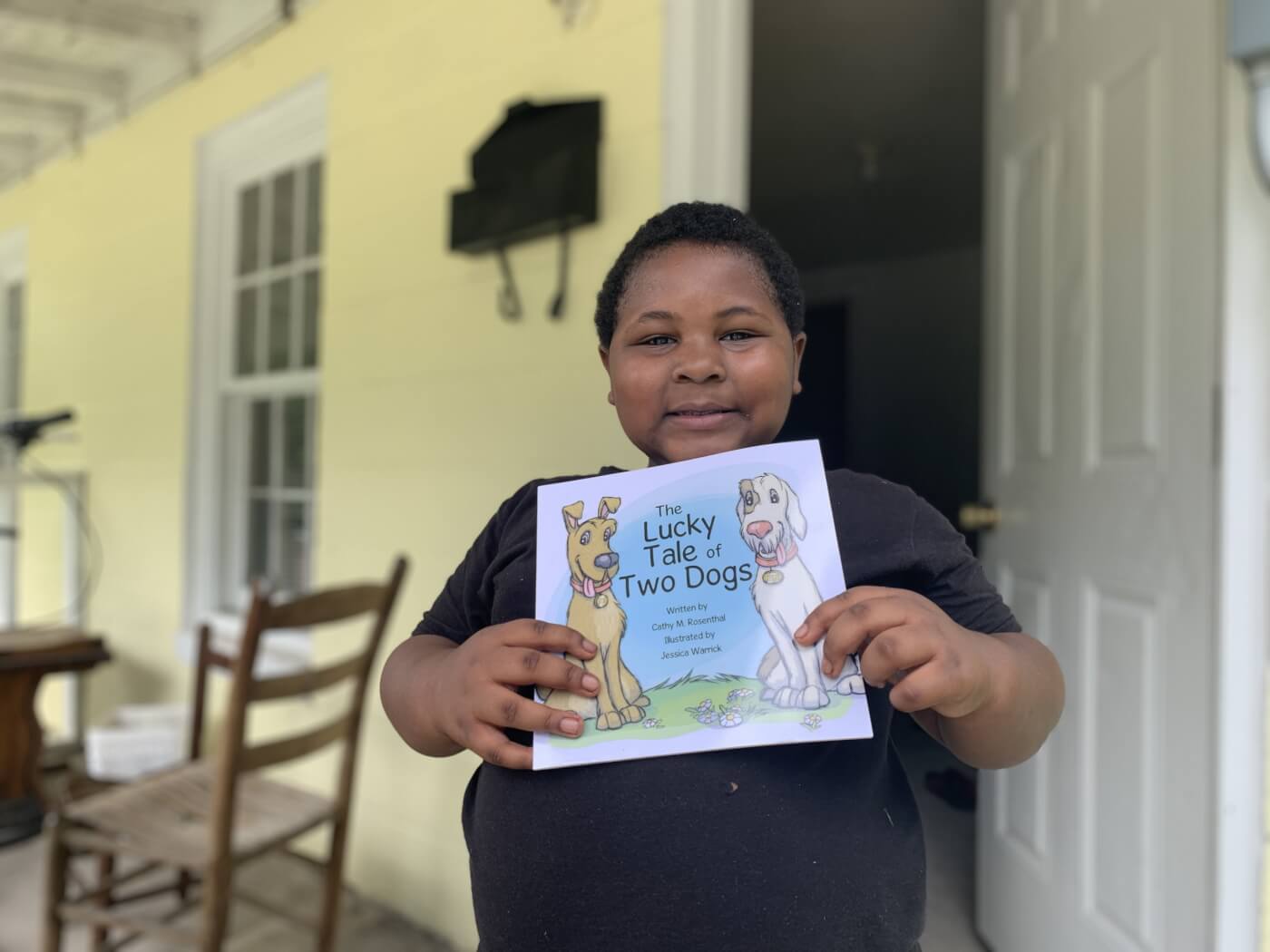 2:30 p.m.—One of the highlights of my day is when I pick up a cat named Sunrize to take him to one of PETA’s mobile spay/neuter clinics for sterilization. His guardian uses a wheelchair and is legally blind, so she had asked if we could transport Sunrize for the lifesaving surgery. She’s so grateful for this service that she gives me a painting she made! 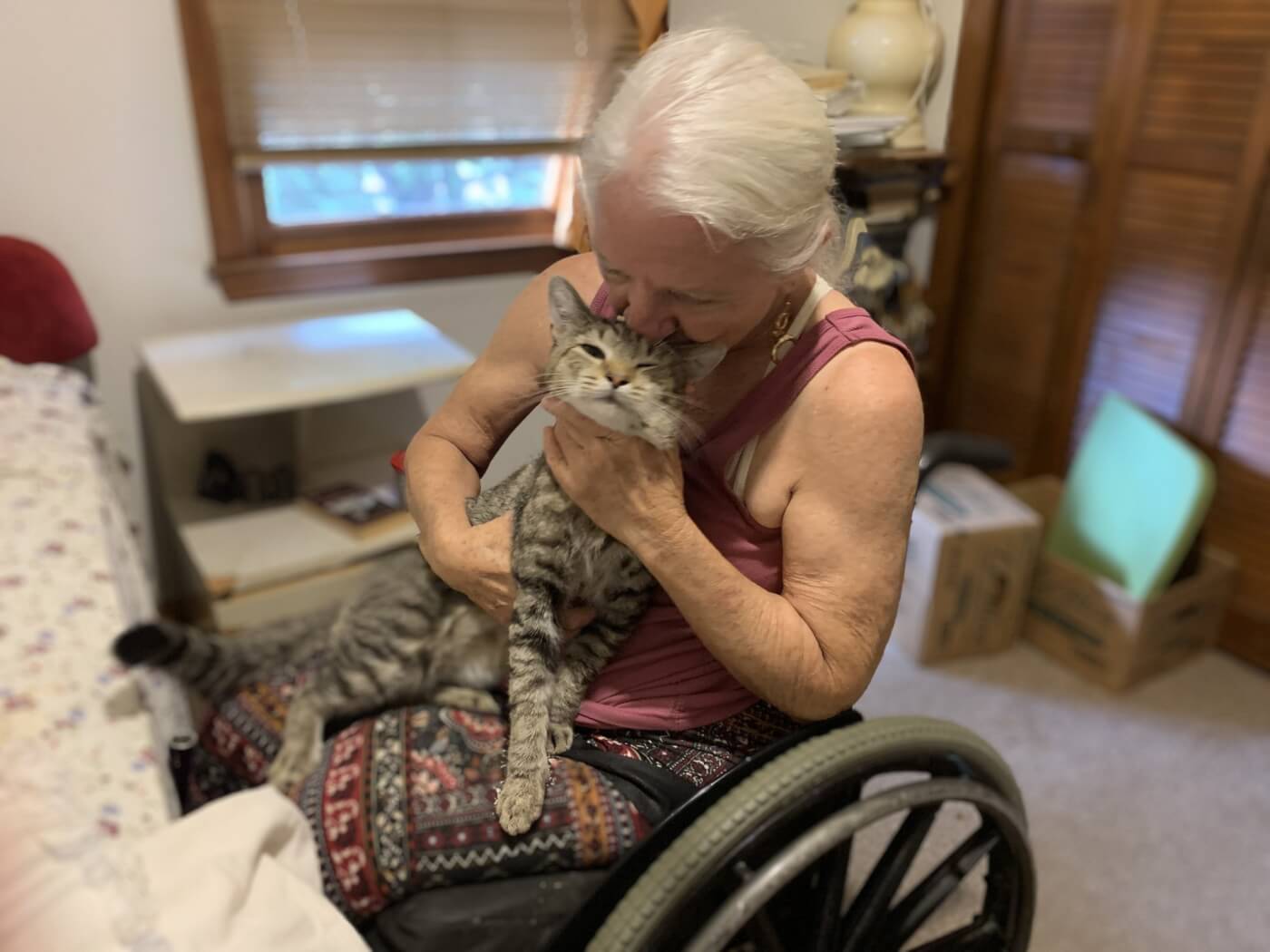 3:30 p.m.—Today is a very special day for Addie, a yellow Lab mix I’ve been visiting for over a year. Because she’s being evicted and can’t take the dog, Addie’s owner has decided to free her from her chain at long last and allow PETA to find her a new home. I nearly break into song during the two-hour drive back to Norfolk, Virginia, and then I swing by the Norfolk SPCA, a high-traffic shelter PETA partners with that has agreed to place the pup. Have a wonderful rest of your life, sweet girl! 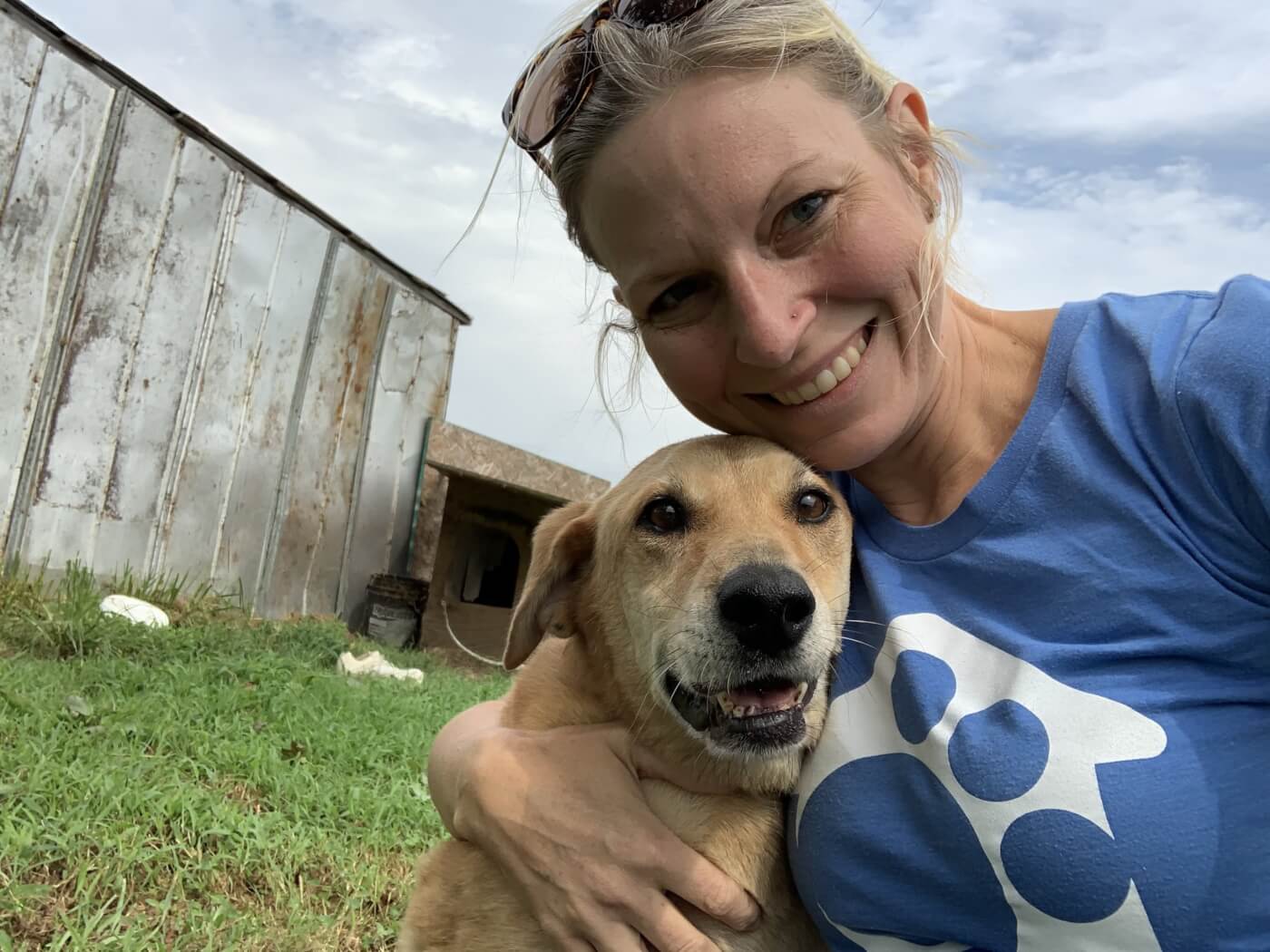 10 p.m.—The day’s not over yet! I’m on call today for PETA’s 24-hour pager, so when a call comes in about a 20-year-old pit bull who has been hit by a car and is gravely injured, I jump into action. The dog’s owners were contemplating shooting him to put him out of his misery but couldn’t bring themselves to do it. Thank God they called PETA! I’m so glad that I was able to escort this poor old guy peacefully over the rainbow bridge.

Every day and every story is different, but I leave work each day feeling that, as in the fable about the person saving starfish washed up on the beach, I may not be able to help them all, but I can help Layla, Scarface, Luna, Sunrize, Addie, and many, many others.

Learn more about the inspiring work of PETA’s field team by watching Breaking The Chain today!