Saturday, August 27, is World Day for the End of Speciesism. Read on to find out what this means and how you can participate.

Psychologist Richard Ryder coined the term “speciesism” in 1971, referring to a prejudice in favor of the interests of humans and against other species. He called the assumption that humans are in a totally different moral category than other species “sheer superstition” and concluded that “it may come to pass that enlightened minds may one day abhor ‘speciesism’ as much as they now detest ‘racism’. The illogicality in both forms of prejudice is of an identical sort.” Peter Singer made the concept the heart of his seminal work Animal Liberation. 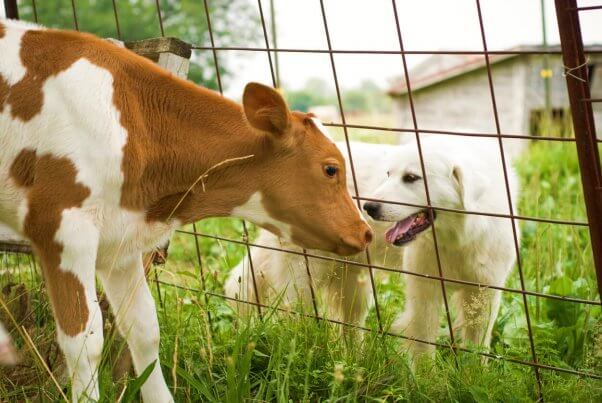 Ending speciesism doesn’t mean lowering the moral worth of any humans—it means restoring the dignity and respect that we’ve stripped from animals whose lives have become a living hell in laboratories, on factory farms, in slaughterhouses, at racetracks, and anywhere else they’re exploited. Albert Schweitzer won the 1952 Nobel Peace Prize for his book Reverence for Life, in which he wrote, “A man is ethical only when … he devotes himself to helping all life that is in need of help.”

As Martin Luther King Jr. put it, “Injustice anywhere is a threat to justice everywhere.” Until we stamp out speciesism, along with all the other toxic and unjust “-isms,” we won’t be able to call ourselves an ethical society. 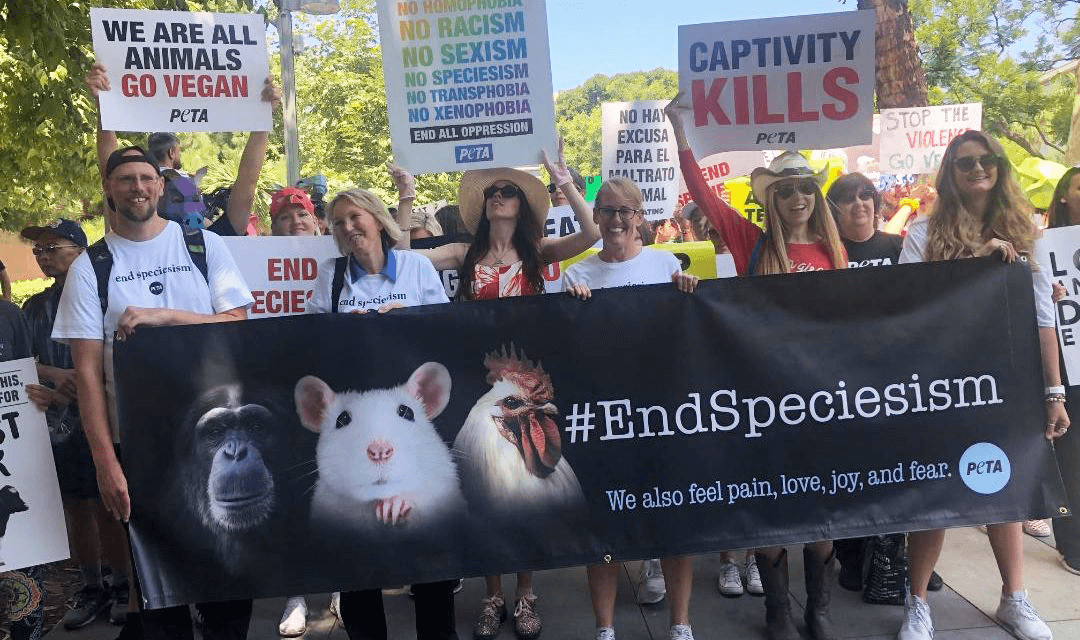 Here are five ways you can help animals, who have as much interest in being free and staying alive as humans do and who share our capacity for pain, hunger, fear, thirst, love, joy, and loneliness.

1. Organize a protest. We can give you free supplies, like posters, and help you promote your event. Submit this form with all your details and include “Protest to End Speciesism,” and we’ll connect you with a staffer who can guide you every step of the way.

2. Display a poster. Print our “End Speciesism” mini-poster and display it on your front door, window, balcony, or mailbox or in your office or any other highly visible place. Don’t have a printer? Write the message in chalk on your sidewalk. Post your photo on social media using the hashtag #EndSpeciesism and tag @PETA. 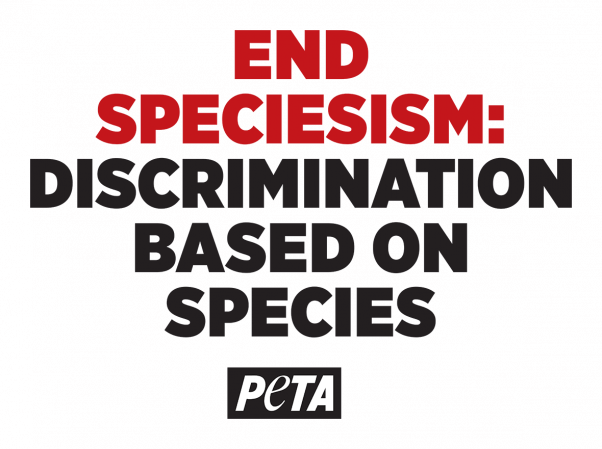 3. Submit a letter to your local newspaper. Often, the pen (or keyboard) is mightier than the sword. Expose speciesism for what it really is—the ugly and false belief that we have the right to abuse and kill animals—by writing to a local news outlet. Personalize the sample letter below, or write your own. Send copies of your published letters to [email protected]. See our letter-writing tips!

This sample letter may give you some ideas:

It’s 2022, but highly social monkeys are still caged alone in laboratories, billions of cows and chickens are still cut to pieces in slaughterhouses, and whales and dolphins are still trapped inside marine prisons. It’s time to recognize that all animals—from humans to hens—can feel pain and fear, want freedom, love their offspring, have personalities, and value their own lives.

August 27, 2022 is World Day for the End of Speciesism. Like sexism, racism, and other forms of discrimination, speciesism is an oppressive belief system in which those with power draw boundaries to justify exploiting their fellow beings who are less powerful. Kind people can combat this by buying only cosmetics that weren’t tested on animals, choosing vegan food and fashion, staying away from animal circuses and marine parks, and otherwise rejecting any exploitation of animals.

Submit a Letter to Your Local Newspaper

4. Use PETA’s “End Speciesism” filter on Instagram. Get the message out as far and wide as possible by saying on your Instagram story that animals are not research tools, food, fabric, or toys. Go to PETA’s Instagram account from your mobile device, tap the smiley face shown in the image below, and then choose “End Speciesism” to use the filter. 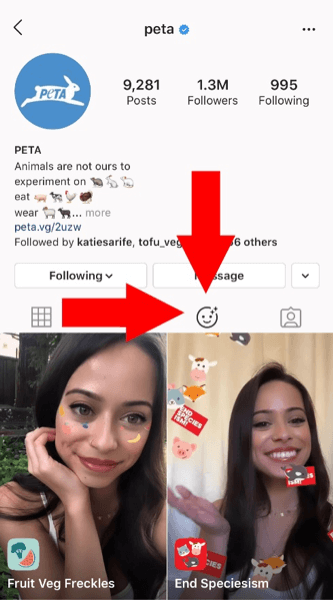 5. Share this video on Facebook and other social media platforms: “RZA: We’re Not Different in Any Important Way.” RZA explains how speciesism—like sexism, racism, and other forms of prejudice—is a toxic mindset that we need to break free of. Share his video along with a message explaining what you’re doing to help end speciesism, such as “I’m helping to #EndSpeciesism by only purchasing products that weren’t tested on animals.”

World Day for the End of Speciesism is a great time to stand in solidarity with other activists around the world. But you can take action for animals all year long with PETA.