Getting involved in animal rights activism doesn’t need to be some huge endeavor that takes days, weeks, or months to prepare for—there are so many little things we can do each day to take action for animals in 5 minutes or less! And the best part is that you can put all the following ideas into action from the comfort of your own home.

Reach Out to Publications and Local Government Officials

#CanadaGoose trims it’s jackets with coyote fur and stuffs them with goose feathers. It profits from the abuse and violent killing of animals while claiming that it doesn’t condone these things. @CanadaGoose: Please use vegan materials instead of animals. #TheirFur #TheirFeathers #NotOurs #EndAnimalAbuse #WearVegan

Reach Out to Venues 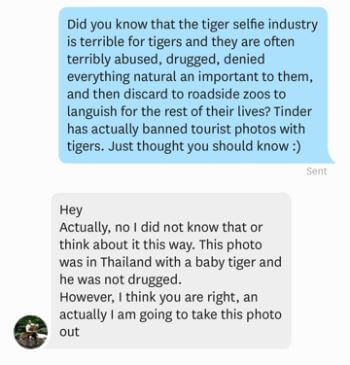