There’s an ugly history behind the incongruously named Houston Interactive Aquarium & Animal Preserve—and it’s nothing less than criminal. It’s no secret that this Texas roadside attraction is the latest business venture of convicted wildlife trafficker Ammon Covino, after the Houston Interactive Aquarium posted more than 150 videos online of Covino overseeing development and construction of the facility. So why did the U.S. Department of Agriculture (USDA) give a license to exhibit animals to this sleazy aquarium? Your guess is as good as ours.

In addition to Covino’s track record of violating federal wildlife laws, his history in the aquarium business is littered with animal suffering. At the now-closed Portland Aquarium in Oregon owned by Covino and his brother, Vince, more than 200 animals reportedly died in just a few months—allegedly from starvation, infections, and other seemingly preventable causes. 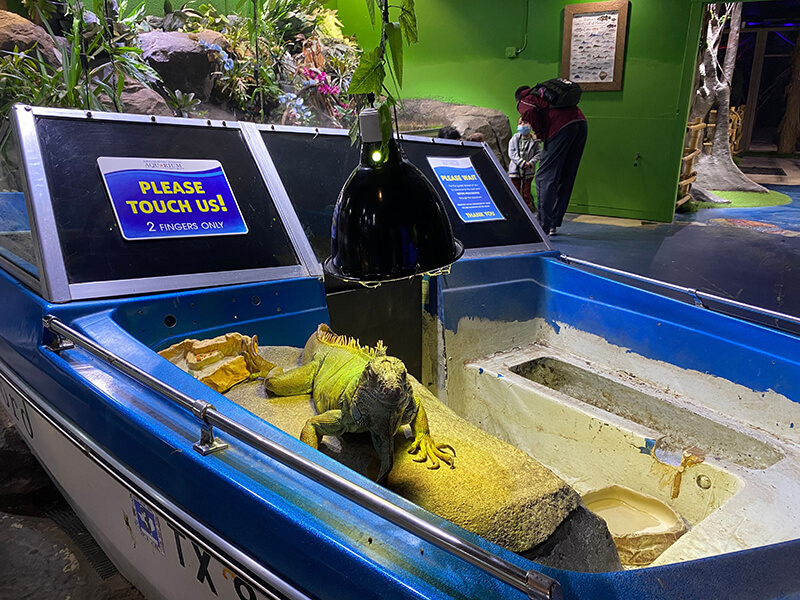 No wild animal wants to be touched by humans, but the Covino family’s “interactive” aquariums encourage guests to poke and prod sensitive animals, such as this iguana at the Austin Aquarium.

Like Covino’s other aquarium ventures, the Houston Interactive Aquarium is premised on encouraging children to hold, poke, and prod sensitive wild animals who would normally shun humans. Treating animals as nothing more than props for show-and-tell is a form of speciesism—the misguided belief that humans are more important than other animals. 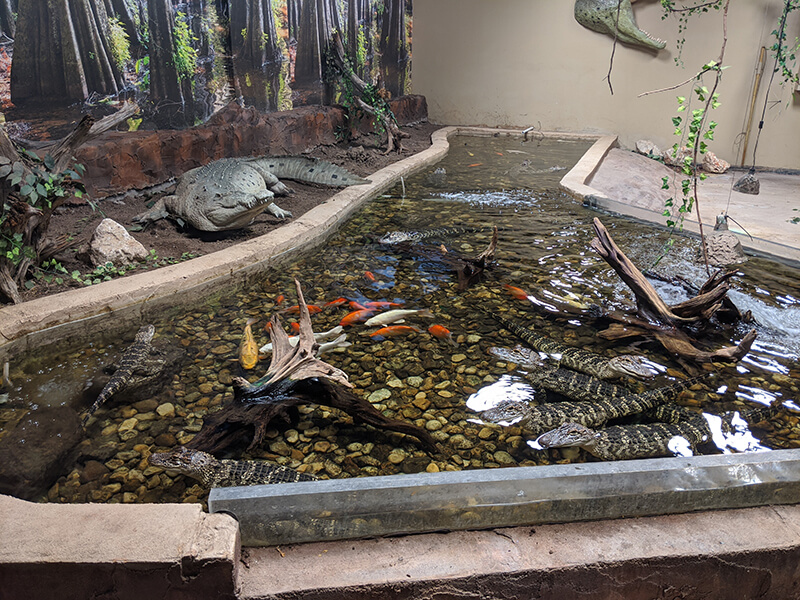 Alligators naturally traverse miles of riverbank wetlands and dense swamps. Stuck in this small, shallow pool at the San Antonio Aquarium—another facility affiliated with Ammon Covino—alligators are crowded with virtually no space to swim.

Since not even a criminal wildlife trafficking conviction is enough to persuade the USDA to do its job and prevent another Covino aquarium from exploiting animals, it’s up to kind people like you to speak up for these animals and let the Houston Interactive Aquarium know you won’t stand for animal suffering.