Jack and the Bean Stew by Barbara Cole Gates, founder and president of Lean & Green Kids, is a story about a young boy who finds himself on an adventure after he is given some magical beans. Children will enjoy the creative allusions to favorite fairy tale characters from familiar stories such as “Goldilocks and the Three Bears,” “Little Red Riding Hood,” “Snow White and the Seven Dwarfs,” and “Jack and the Beanstalk.” Its message highlights the real-life power of beans and other vegan foods to support health. Embracing a vegan lifestyle also saves animals and helps protect the environment. Engage your students and teach them the importance of eating vegan with this story and the following activities! 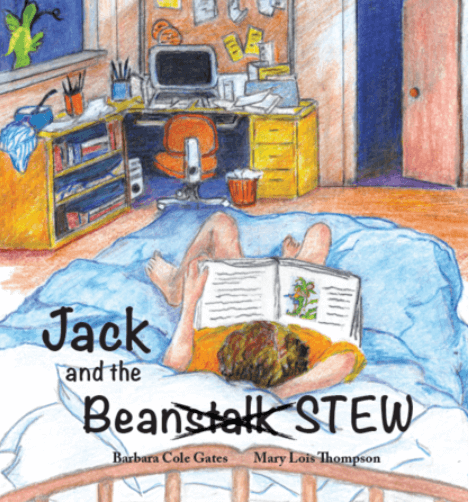 Read the book aloud to your students (either in person or via an online tool like Zoom or Skype if you’re teaching virtually), and use the following questions to initiate a class discussion:

Why do you think Jack has a bad day?

Answer: Many things go wrong for Jack during his school day. His bean doesn’t sprout in science class, he loses his special gold coin during recess, and he sees his best friend being bullied.

What does Jack do with his bean stew? What happens to the beans?

Answers: He throws his bowl of stew out his bedroom window. The beans turn into a giant beanstalk.

Why do you think Goldie tells Jack that it’s not safe when the hunter is near?

Answer: The hunter is shooting his gun, and Jack and the animals could get hurt.

Goldie makes Jack a bowl of porridge. Porridge is made of grain, which gives us energy—and many people add fruit, too. What other healthy meals give us energy?

Answer: Meals that include fruits and vegetables are healthy and nutritious and give us energy.

Why do you think Jack decides to leave the golden eggs alone instead of taking one?

Answer: He knows that the Mother Goose would miss one of her babies if he were to take an egg away.

How does Jack help one of the fish in the stream?

Answer: The fish gets stuck in some rocks, and he helps the fish get back into the stream.

Queen Bean tells Jack that she’s a vegetarian. What do you think this means?

What three kind deeds does Jack do to break the spell? What kind deeds can you do for other living beings?

Answer: Jack leaves the golden eggs in the nest, he helps a fish get back into the stream, and he protects the forest animals from danger. (Answers to the second question will vary.)

What fairy tales do you recognize in this story?

Answer: Fairy tales alluded to in the text include “Jack and the Beanstalk,” “Goldilocks and the Three Bears,” “The Goose That Laid the Golden Eggs,” “Little Red Riding Hood,” and “Snow White and the Seven Dwarfs.” 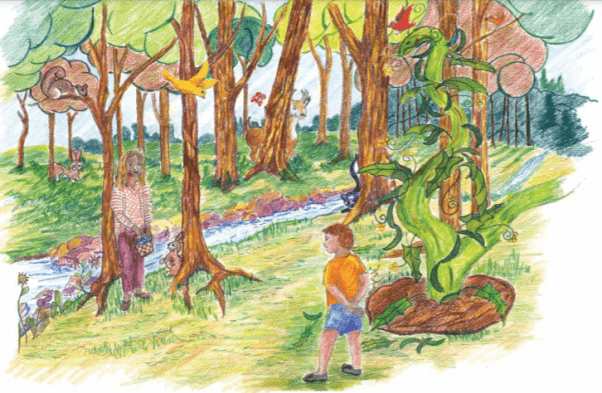 *Teachers, we encourage you to use this resource after reading Jack and the Bean Stew. Cool Beans From Around the World includes multiple lessons with activities and recipes for grades K–6.

If you’re reading this story with young learners, have them participate by pantomiming scenes from the story and use the empathy stations as extension activities.

Scene: Jack and his family sit down to eat bean stew at the beginning of the story.

Scene: Jack climbs up the bean stalk and finds himself in a new world.

Scene: Jack helps the fish back into the stream.

Allow students to connect with the story in their own way to create lasting empathy for all sentient beings. 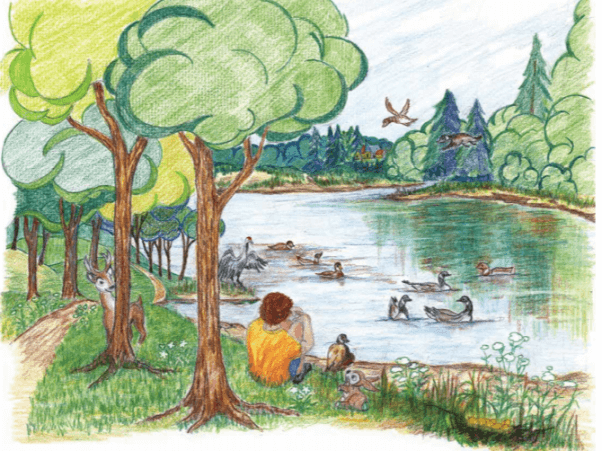 Encourage students to make this recipe (adapted from the one in the book) at home with a trusted adult. Then ask them what their favorite vegetable in the stew was!

In a saucepan, boil or steam 1 of the chopped potatoes until soft. Drain, reserving just enough water to mash the potato. Mash and set aside.

In a large Dutch oven or stockpot, warm the oil over medium heat. Add the onions, celery, and garlic and sauté for about 2 minutes.

Stir in the mashed potatoes and the remaining ingredients, except for the corn, salt, and pepper, and simmer, stirring occasionally, until the vegetables are tender, about 30 minutes.

Add the corn and season with the salt and pepper. 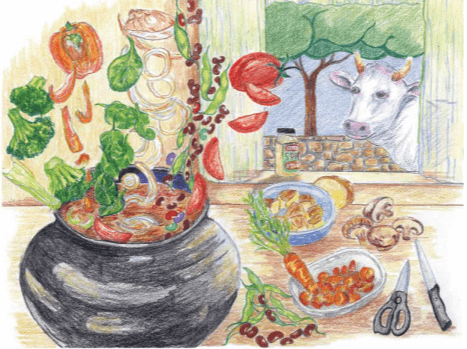 Encourage Students of All Ages to Explore Vegan Eating and the Power of Plants!