Celebrating holidays with our students is not only fun but also engaging. And it’s another excellent opportunity to teach compassion for all animals. So get into the Halloween spirit, pass out some vegan candy, and use this scary lesson on skeletons to show students that scientific evidence exists to prove that human and nonhuman animals are alike in all the ways that matter most. 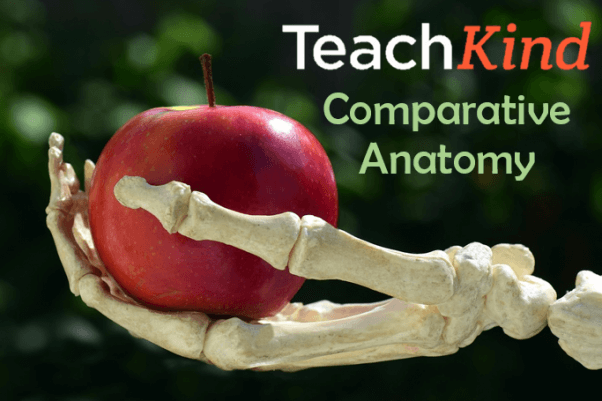 Affective: Students will be able to analyze pictorial data to compare patterns of similarities in the skeletal structures of multiple species in order to gain an understanding of the way in which homologous and analogous structures support the fact that human and nonhuman animals are alike in important ways.

Cognitive: Students will be able to apply scientific ideas in order to construct an explanation for the anatomical similarities and differences among modern species.

Fish, amphibians, reptiles, birds, and mammals all have a similar body structure—an internal skeleton with segmented vertebrae, a spinal column, and a brain enclosed in a skull or cranium. That’s why scientists classify these groups of animals together as vertebrates. Invertebrates, on the other hand, are animals who do not have these anatomical characteristics. It can be assumed, then, that vertebrates inherited these similarities in structure from a common early ancestor.

Begin the lesson by having students respond to the following warm-up prompt:

Have you ever stopped to admire the beauty of a great ape’s hand? It’s remarkably similar to that of a human, even having opposable thumbs, which provide it with great dexterity. Compare and contrast the two images below. 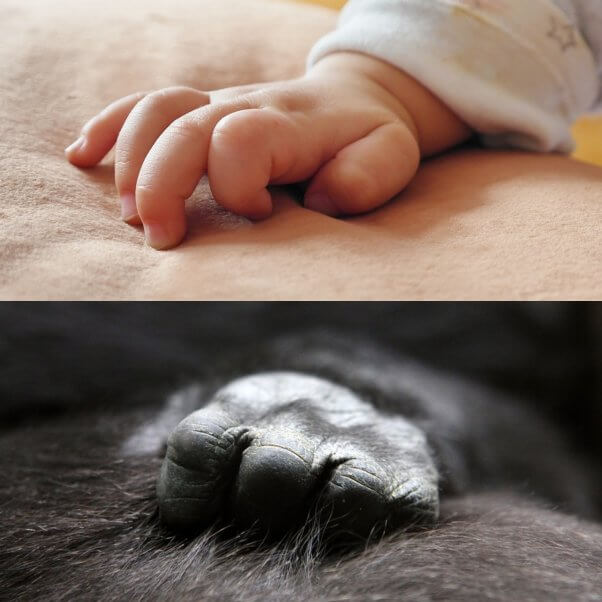 Students may respond to the warm-up by writing a brief paragraph, completing a Venn diagram, making lists, or discussing the prompt with a partner. Have them share their thoughts as a class. Ask questions to guide the conversation, ensuring that students address both the function that the human and great ape hands share and the common ancestry of the two species.

Next, define homologous structures. Explain that because all vertebrates share a common ancestor, when we look at their skeletal structures, we see a spine, a skull, ribs, and limb bones. Divide students into four groups, and assign each group one of the following mammals: a human, a cat, a whale, or a bat. In their groups, have students create a poster detailing the appendicular skeleton (arm, leg, fin, or wing) of their assigned mammal. 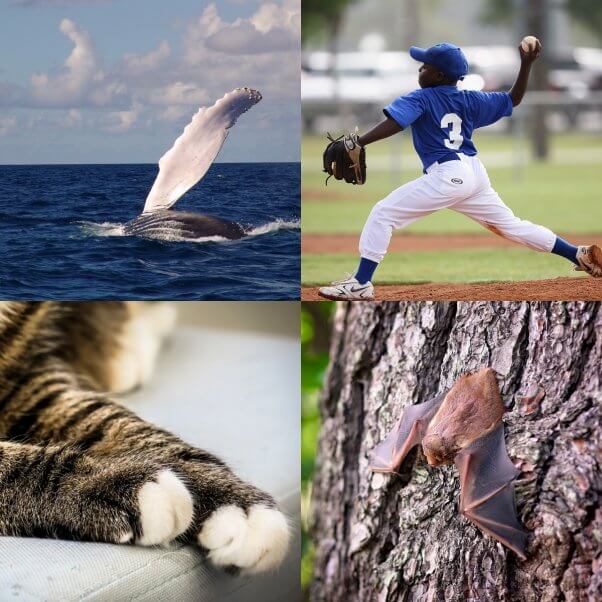 Students may use their textbooks or online resources to find images to complete this assignment. Each poster must include a title, such as “Homologous Structures: A Bat’s Wing,” and a drawing of their assigned mammal’s appendage with the six major bones labeled and color-coded as follows:

After about 20 to 30 minutes, have students display their posters somewhere in the classroom where everyone can see them. Point out that while each animal’s limb serves a different purpose, they are all similar in structure and, therefore, are assumed to share a common ancestor. For example, whales use their fins to swim, whereas bats use their wings to fly. In spite of these stark differences in function, the bones are structured in a similar pattern; therefore, they are homologous. This is called divergent evolution—a similar structure evolving under different environmental conditions to serve a more specialized function over time. 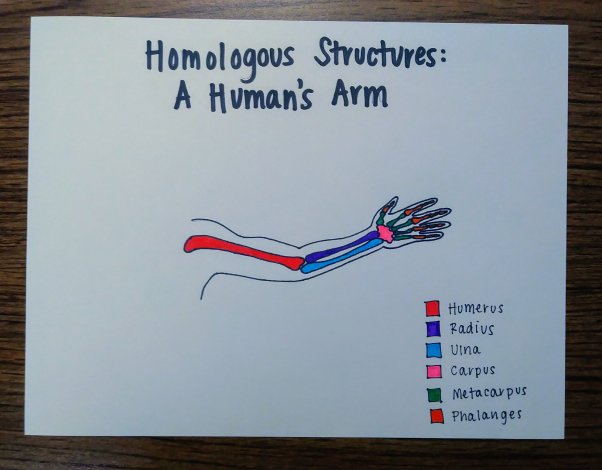 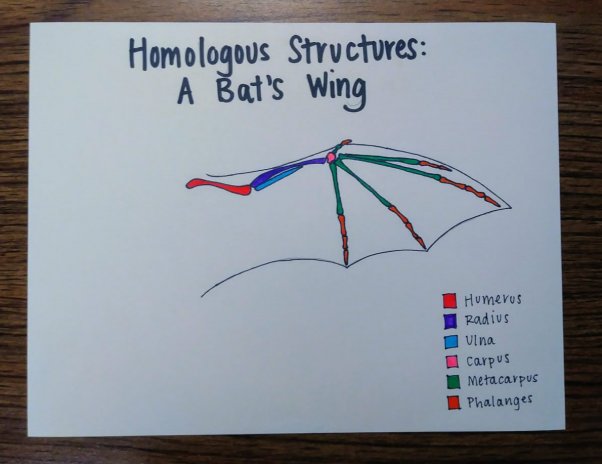 But wait a minute—what about fish, amphibians, reptiles, and birds? At first glance, the structure of a pigeon’s wing, for example, looks very similar to that of a bat. But when we examine them closely, we notice that the bat’s wing actually has more in common with the flipper of a whale and the arm of a human than it does with the wing of a pigeon, even though they’re used for the same purpose.

Assign each group one of the following categories of animals: fish, amphibians, reptiles, or birds. Have students brainstorm, select an animal from their assigned category, and repeat the previous assignment, creating a second poster that details the appendicular skeleton of their new animal. 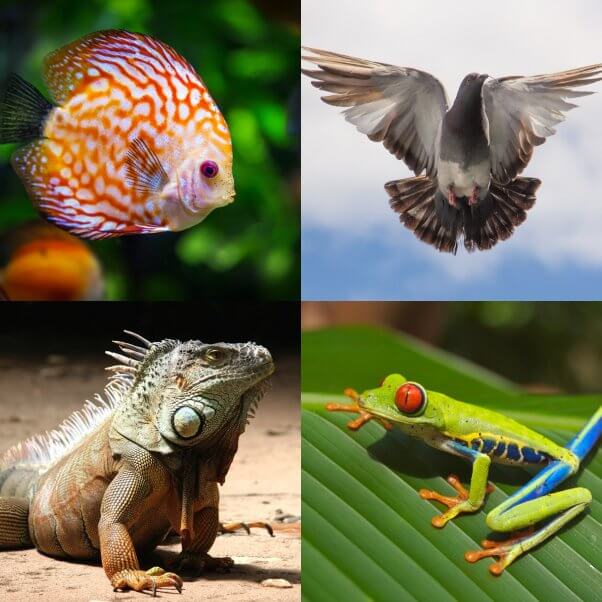 Once again, students may use their textbooks or online resources to complete this assignment. Each poster must include a title, such as “Analogous Structures: A Pigeon’s Wing,” and a drawing of their assigned animal’s appendage with the six major bones labeled and color-coded using the same color key from the previous assignment. After 20 to 30 minutes, have students display their analogous structures poster next to their homologous structures poster. 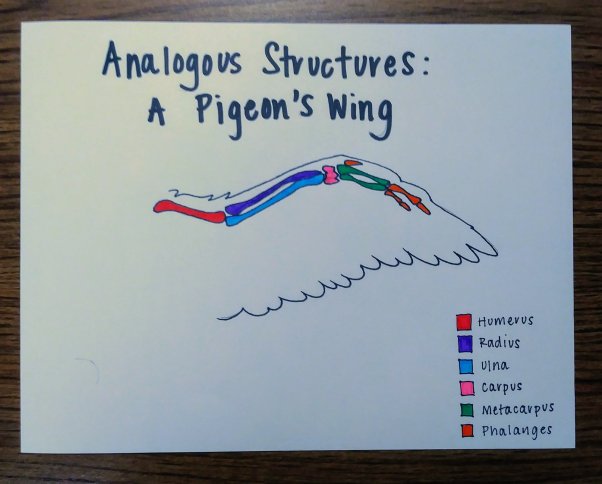 In their groups, have students visit each pair of posters and answer the following questions in complete sentences:

A superficial survey of the animal kingdom reveals substantial differences in the form and function of biological structures. But to ignore our similarities as sentient beings—with needs and desires that are unique to us as individuals—would be a disservice not just to our students but also to animals everywhere.

In addition to our anatomical similarities, human and nonhuman animals share psychological and emotional similarities as well. Chickens dream when they sleep, elephants use tools to accomplish tasks, and dolphins can recognize themselves in a mirror and have been observed examining their own tongues and eyes. Animals are capable of solving problems, anticipating the future, learning from past mistakes, recognizing old friends, showing appreciation to those who’ve helped them, enjoying music, communicating with each other, and showing empathy for others.

Yet many people consider animals’ worth to be based solely on the ways in which they can be used to benefit humans. From a biological perspective, if humans continue to exploit animals, we will not only decimate entire populations—if not cause entire species to go extinct—but also pollute the Earth and deplete its resources to the point that they are no longer viable for human consumption. It is, therefore, imperative that science teachers stress the vital role that animals play in our global ecosystem and the importance of protecting them.

Share our “We Are All the Same” video with students, and discuss the false notion that human animals are superior to nonhuman animals. Ask students these questions:

Some humans choose to ignore the remarkable similarities that they share with other animals and instead focus on how they are different from them in order to justify abusing them.

Animals are intelligent, complex, social, and sensitive beings who undeniably have the capacity to feel pain as humans do. Because of that, they deserve our consideration. There’s no ethical way to exploit a living, feeling being.

Similarities in the embryos of different species are also evidence of common ancestry. All vertebrate embryos, for example, have gill slits and tails. Most vertebrates—except for fish—lose their gills by adulthood. Some also lose their tails. In humans, the tail is reduced to the coccyx.

Want more holiday-related content? We’ll send it right to your inbox for free. Sign up for TeachKind’s Lesson of the Week e-mails today. 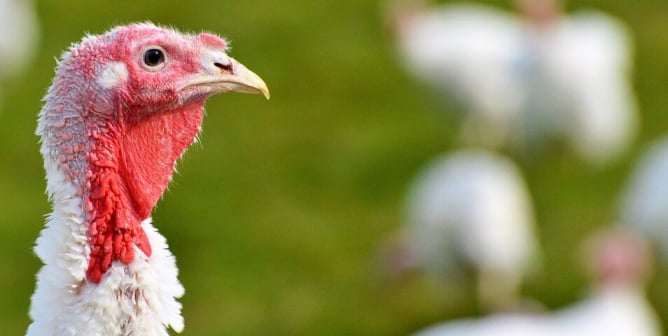