When we consider the fact that 98 percent of medical schools—including top schools like Harvard, Yale, and Stanford—don’t use animal dissection, it’s clear that cutting up dead animals isn’t necessary for students who hope to pursue careers in scientific fields. In fact, studies show that participating in animal dissection can foster callousness toward animals and nature and can actually dissuade students from pursuing careers in science.

That isn’t too surprising. Dissection reduces once-living beings to nothing more than classroom tools. One peek at the “dissection” hashtag on Instagram (an app that most of your students probably use daily) only reinforces this, showing that more often than not, dissection grabs students’ attention because of its shock value, not its supposed educational value. The dissection images that PETA often sees students post on Instagram don’t convey respect for the animals used or an understanding of the fact that they were once alive.

Here are 15 photos posted on Instagram (and for some, the captions that were posted with them) that show that dissection is teaching the wrong lessons. (Note: We’ve protected the identities of the people who were involved.)

Warning: These images are graphic. 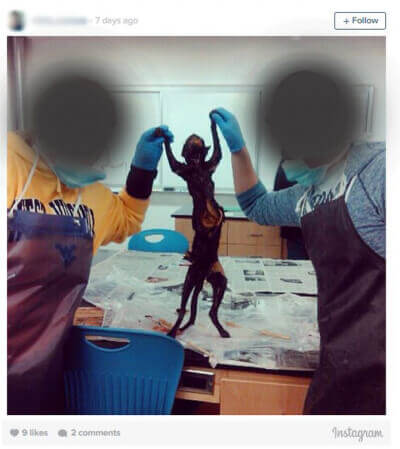 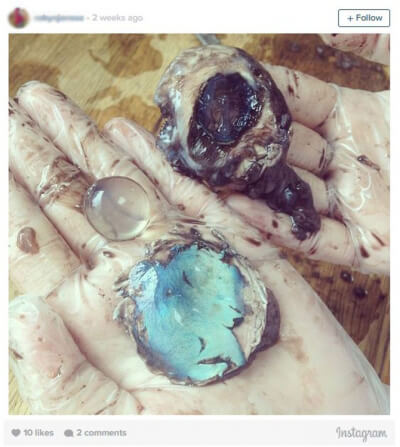 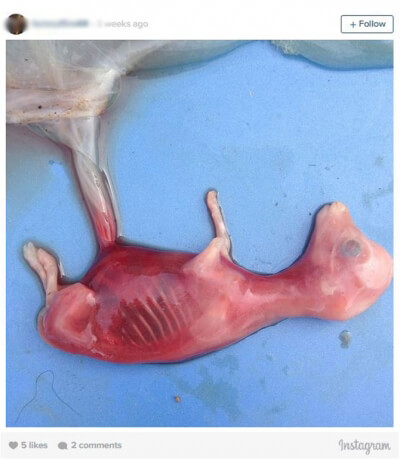 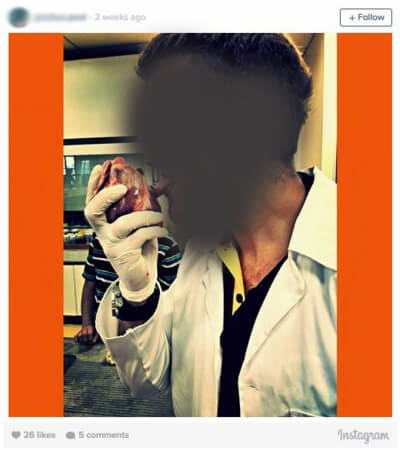 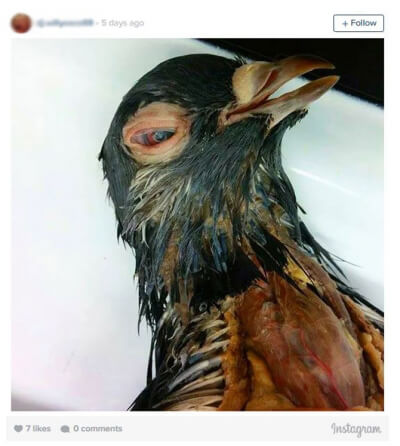 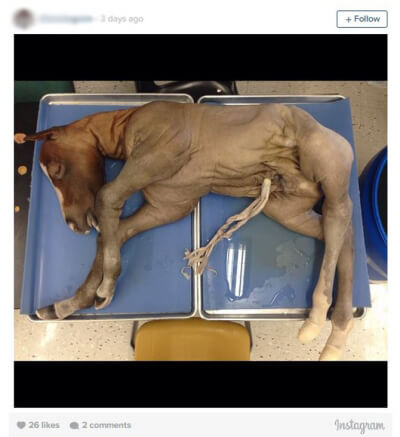 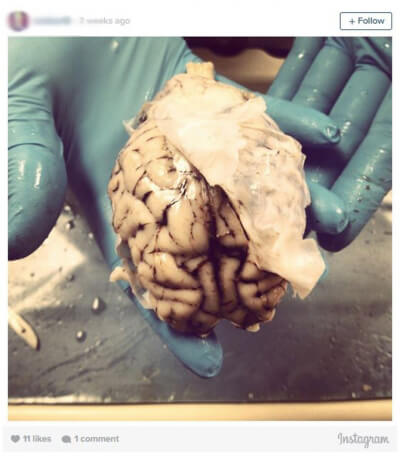 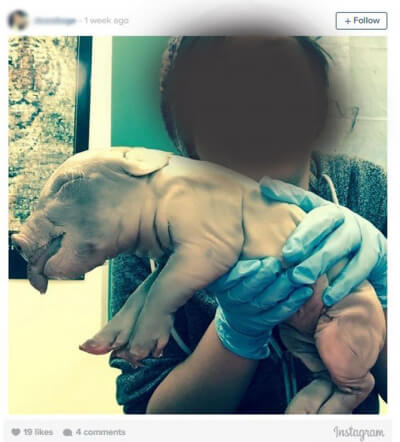 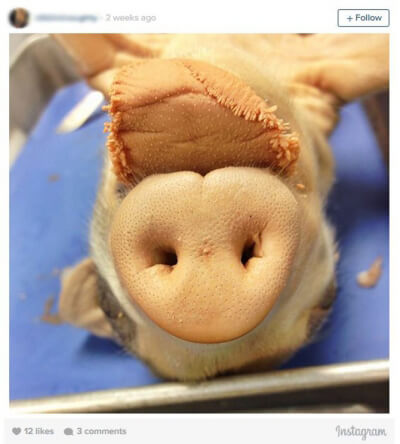 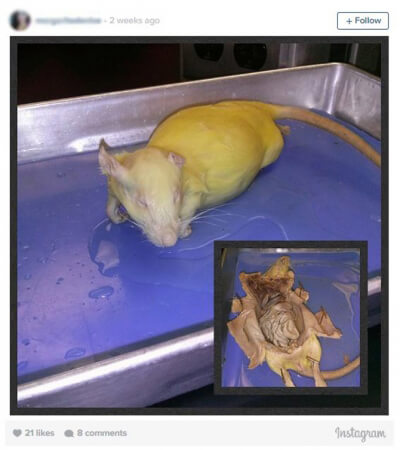 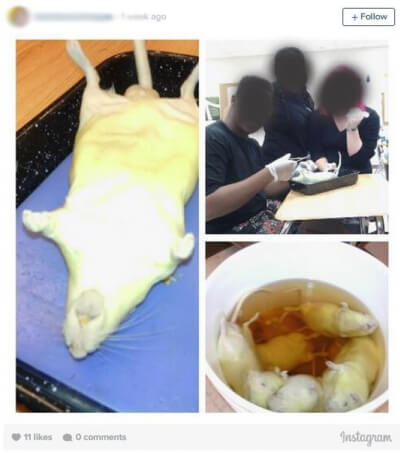 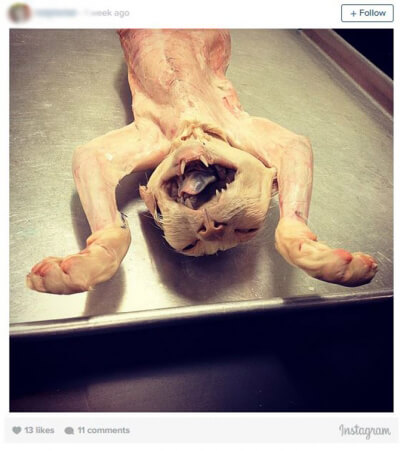 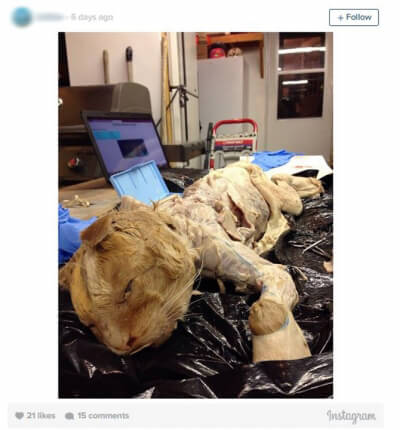 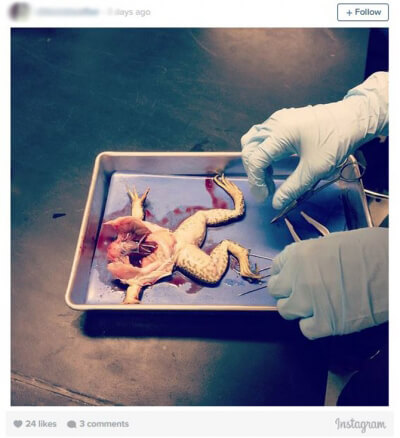 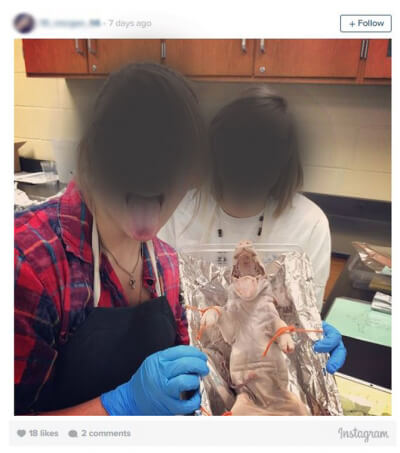 If you think these photos are disturbing, we agree with you. Dissection is cruel and pointless. It teaches students the dangerous lesson that animals are classroom tools—but they’re not. Thankfully, there are better, kinder, and more effective ways for students to learn about life: Virtual-dissection software, high-quality models, and other options are making it easier than ever for schools to cut out the cruelty and teach students using modern, humane methods.

Teachers: Want to find out more about humane alternatives to animal dissection that will help you teach science without cruelty?