8 Reasons You Should Never Get a Fish Pedicure

Fish pedicures have been banned in many parts of the U.S., Canada, and Europe because of the health risks and cruelty to animals inherent in these services. Here are eight great reasons why fish and feet don’t mix:

1. Garra rufa fish, the animals most commonly used in fish pedicures, don’t want to eat your dead skin. They do it because they’re so severely starved that they’ll try to eat human skin for sustenance.

2. These fish are found mainly in Turkey, Syria, Iraq, and Iran. The Turkish government was forced to introduce legal protections for the country’s Garra rufa in an attempt to combat overfishing and exploitation.

3. Anyone with a credit card can buy the fish from importers, and the animals are mailed to the recipient inside water-filled plastic bags. Some don’t survive the journey.

4. When pedicure tubs are full of fish, they can’t be sufficiently disinfected between customers, and there’s no way to sanitize the animals themselves. Sufferers of contagious conditions such as nail fungus and athlete’s foot often seek out fish pedicures.

5. Fish are animals—which means that they make waste. And that waste collects in the pedicure tubs.

6. If you want a nice, smooth, even exfoliation, you need a pumice stone. Fish aren’t nail technicians—they have no way of knowing what areas you would prefer for them to focus on. People who’ve purchased these pedicures have reported bumpy, uneven skin and areas that were bitten deep enough to draw blood.

7. Fish pedicure tubs provide a fertile breeding ground for bacteria, and even tiny cuts or sores can become infected when immersed in them.

8. The Garra rufa fish themselves have been found to carry strains of several infection-causing bacteria, including Streptococcus agalactiae, which can also cause pneumonia, and others that are resistant to antibiotics.

Fish are conscious animals, not mindless (and inefficient) loofahs. Get a safe, healthy, cruelty-free pedicure from a willing human technician. And check out this link for more facts that you might not know about common tourist traps. 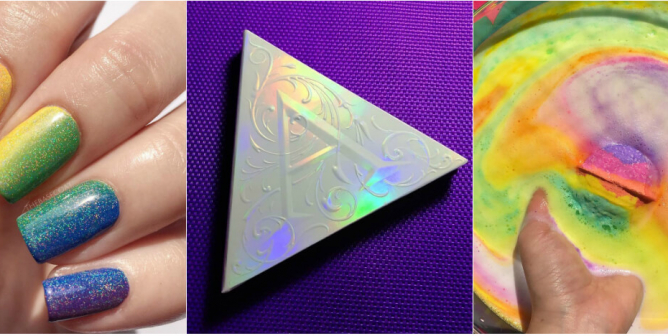 Are You a Vegan Unicorn? Then You Need These Awesome Products