Are your windows looking a little bare? Are you having a party and need some fun decorations? Or do you just loooove to get crafty? Well, here’s how you can make your very own wool-free pom-pom garland! It’s super-easy and quick to make, inexpensive, and versatile, and you can use it over and over again. 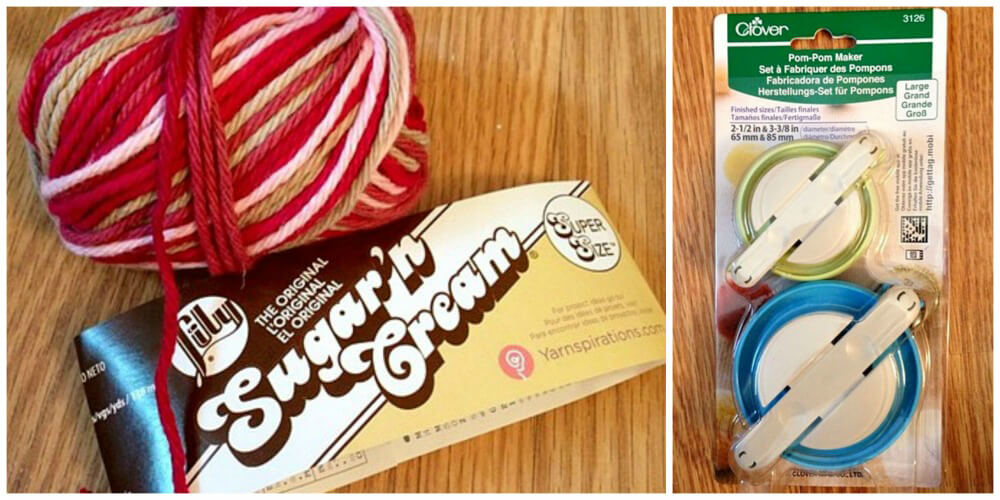 100 percent cotton yarn (I used Lily Sugar ‘n Cream brand)
Jute string
Scissors
Pom-pom maker (I used Clover brand; if you can’t get a pom-pom maker, scroll down to learn how to make your own!)

Step 2: Cut the yarn down the middle of the pom-pom maker. (See step 2 below.) 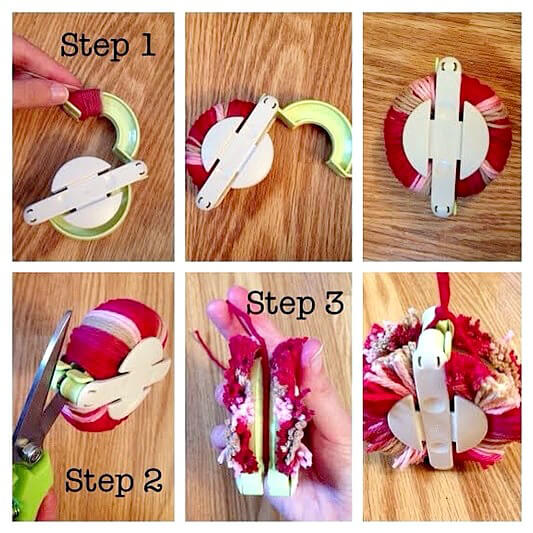 Step 3: Tie a piece yarn around the center of the pom-pom maker. (This center will be revealed once you’ve cut the yarn.) I like to use a double knot when I tie the yarn, and I also use two pieces of yarn to make sure that my pom-pom doesn’t fall apart. Once tied together, take the pom-pom off the pom-pom maker and—ta-da!—you’ve made a pom-pom.

Note: You may need to shape your pom-pom after you take if off the pom-pom maker (just a quick fluff!). I like to roll my pom-poms between my hands to make them round and fluffy. 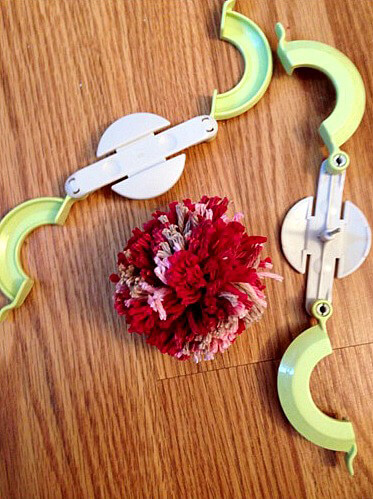 Step 4: Continue to make pom-poms using the steps above. Once you’ve made all the pom-poms you want for your garland, cut a piece of jute string to whatever length you want your garland to be. Carefully slide each pom-pom onto the jute string, and enjoy!

Don’t have a pom-pom maker? Just make your own! See below:

Cardboard or card stock paper
Two different-sized circles to trace (you can use anything that has a circle shape, such as the top and bottom of a cup or mug)
Pen or pencil
Jute string
Scissors
100 percent cotton yarn (I used Lily Sugar ‘n Cream brand)

Step 2: Cut out the larger circles from the cardboard, then cut out the smaller circles in the center. Your two cardboard pieces should look like doughnuts! 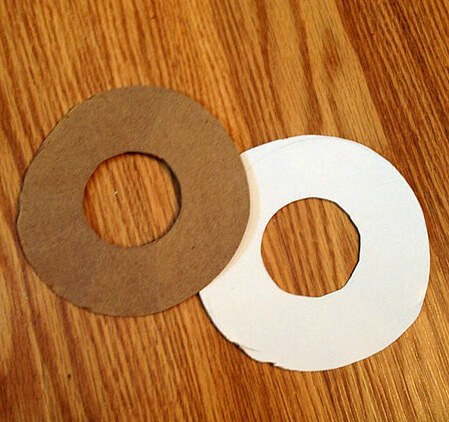 Step 3: Put the two doughnut-shaped pieces together and start wrapping your yarn around them. Wrap at least three layers if you want a full pom-pom.

Note: Keep in mind that the larger your circles are, the more yarn you’ll have to use. 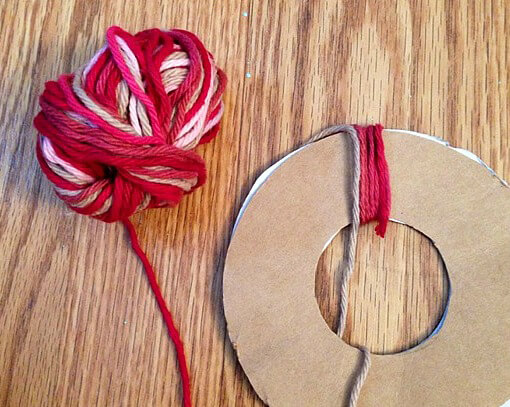 Step 4: Once wrapped, cut the yarn down the center (between the cardboard pieces), just as you would with the pom-pom maker.

Step 5: Tie a piece of string tightly around the center (between the cardboard pieces) using a double knot. (I like to use two pieces of string to make sure that the pom-pom holds together.) Take the pom-pom off your homemade pom-pom maker and fluff with your hands. Slide each pom-pom onto the jute string, and now you have your very own wool-free pom-pom garland! 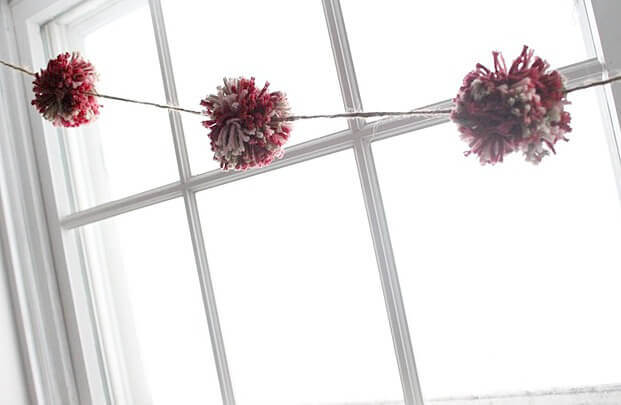 With a simple switch of materials, you can make your crafts cruelty-free. Luckily, when choosing yarn for your projects, there are many alternatives to wool, such as 100 percent cotton yarn, so there’s never a need to hurt sheep in the process. I love 100 percent cotton yarn for pom-pom garlands because it gives the pom-poms a more unique and rustic look and because I know that no animals were harmed or injured to make them. 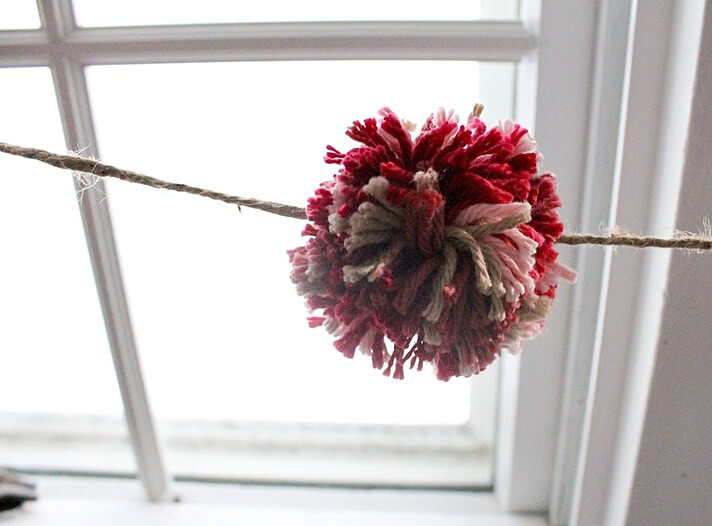