Shopping for Vegan Options at a Dollar Store Is Easy!

Is money tight? Are you feeling broke? Counting the days until payday? Have no fear—whether you live in a small town or a major city, there’s a good chance that there’s a dollar store or 99 Cents Only Store nearby—and where there’s a dollar store, there are vegan options. Check out just some of the goodies* that we found: 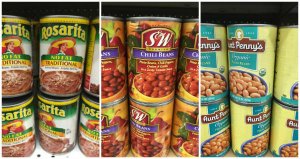 Beans are some of the cheapest and healthiest foods that you can eat. And dollar stores have a variety to choose from, including white, pinto, black, and refried—whatever your healthy heart desires. Just be sure to get the vegetarian or fat-free refried beans, because lard is animal fat.

Carbs? Did Someone Say Carbs? 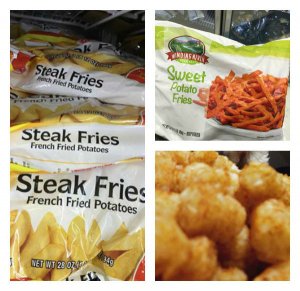 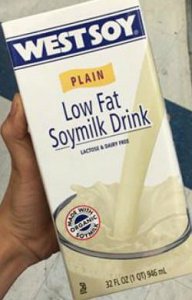 Check the cereal or beverage aisle—some dollar stores sell soy, almond, coconut, or other non-dairy milk. There is officially no excuse not to buy vegan milk—c’mon, it’s a dollar. 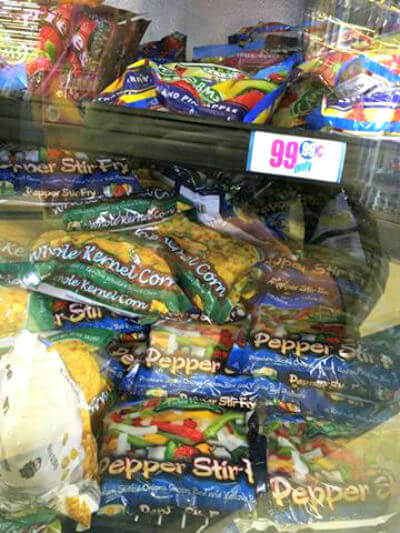 Cooking can be a drag sometimes—especially when you’re extremely tired or hungry and the last thing that you want to do is cut up a bunch of vegetables. Frozen veggies can make cooking a lot easier. Add them to your favorite vegan chili, use them to make a fantastic stir-fry, or mix them up with pasta for a healthy twist on an old classic. 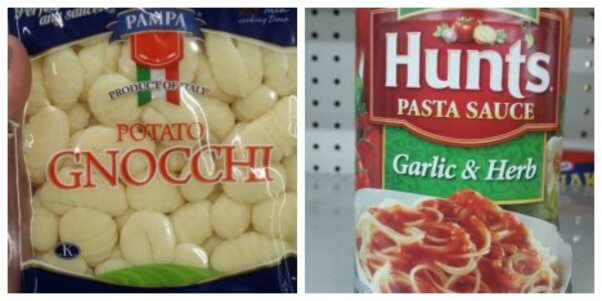 It’s a beautiful thing that most pasta is vegan, and many shapes, sizes, and varieties are represented at dollar stores. Not all tomato sauce is just basic—sign us up for garlic and herb.

You can find vegan soups (make sure that dairy “products” and chicken stock aren’t listed as ingredients) and grab some lettuce as well as your favorite veggies with some vegan dressing to complement any yummy vegan entrée.

Maaaaybe not the healthiest choices—but everybody gets the munchies sometimes, right? If you’re going to snack, it might as well be on animal-free treats such as Swedish Fish (some Swedish Fish contain beeswax, so be sure to check the label), Sour Patch Kids, or Cracker Jacks.

* Inventory at stores may vary by store and season.

Share this guide with anyone who says that going vegan is “too expensive.”