Declare your independence from boring (and not-so-kind) slabs of meat, and try out some fresh new (and oh-so-kind) red, white, and blue vegan recipes that will have your Fourth of July soirée shining bright like a sparkler.

If you’re asked to bring cookies, you could go for classic chocolate chip—or you could make The Veg Life’s show-stopping Independence Day Tri-Color Cookies, which will guarantee that you’ll be taking home an empty dish. 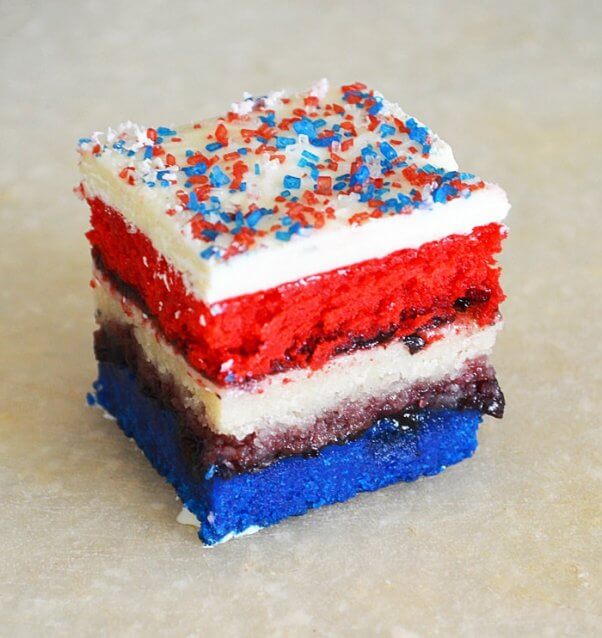 For a fresh take on salsa, toss some tofu on the grill and serve it with Fatfree Vegan Kitchen’s “tangy, sweet, and fiery” Blueberry-Peach Salsa. 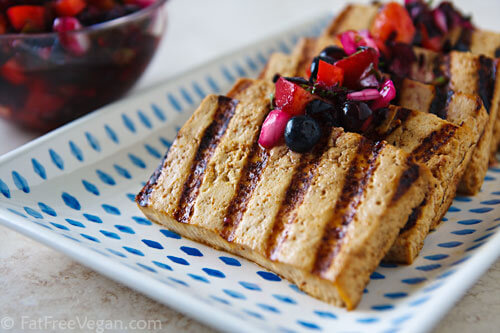 And classic fruit is made cute with Sweet Simple Vegan’s watermelon pizza. 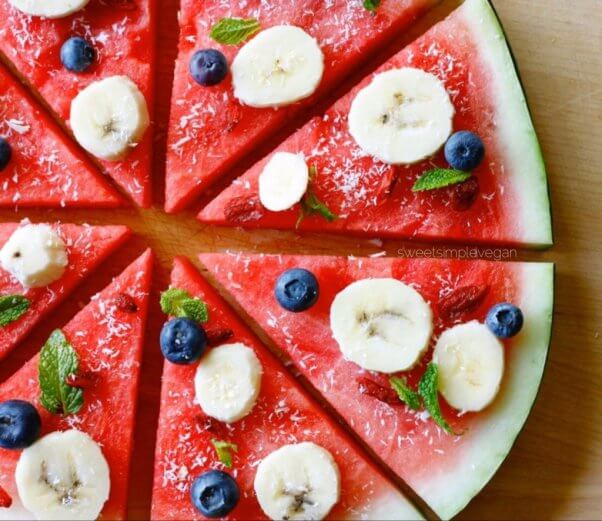 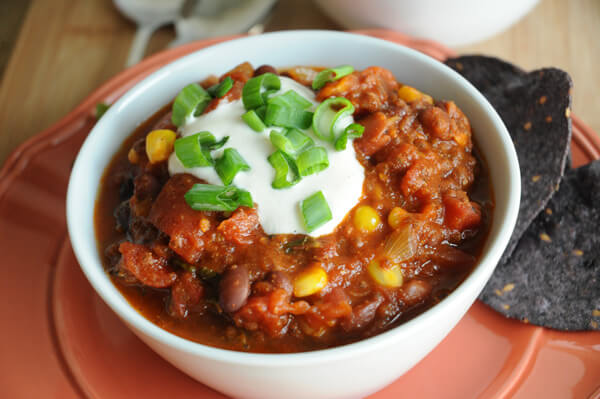 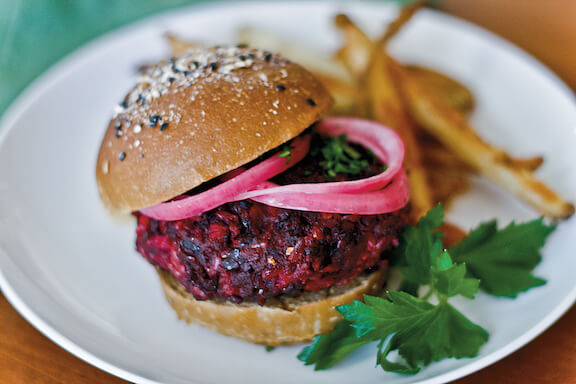 No pool at the party? Cool off with Blueberry Coconut Popsicles from our friends at Beaming Baker … 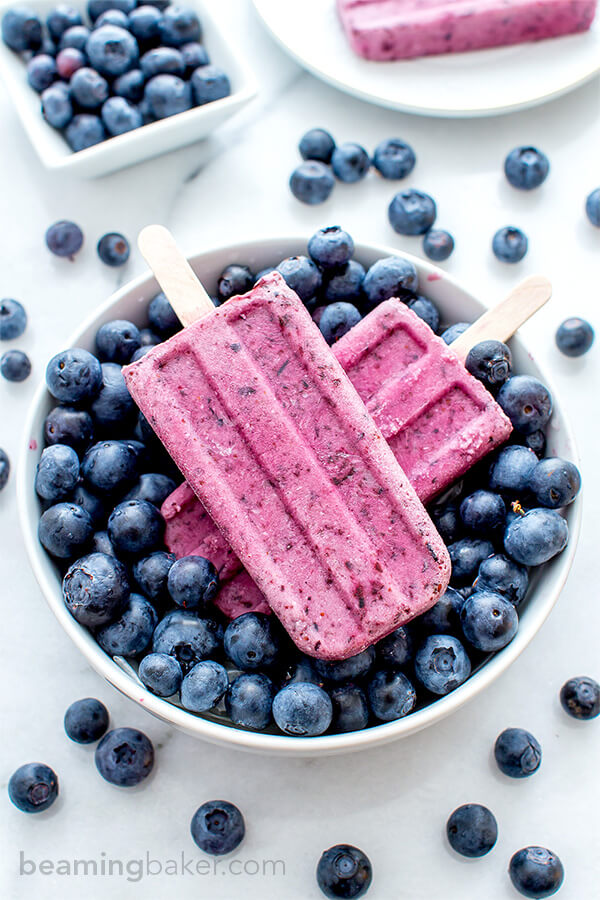 … or with Patriotic Fruit Pops from Sweet Simple Vegan. 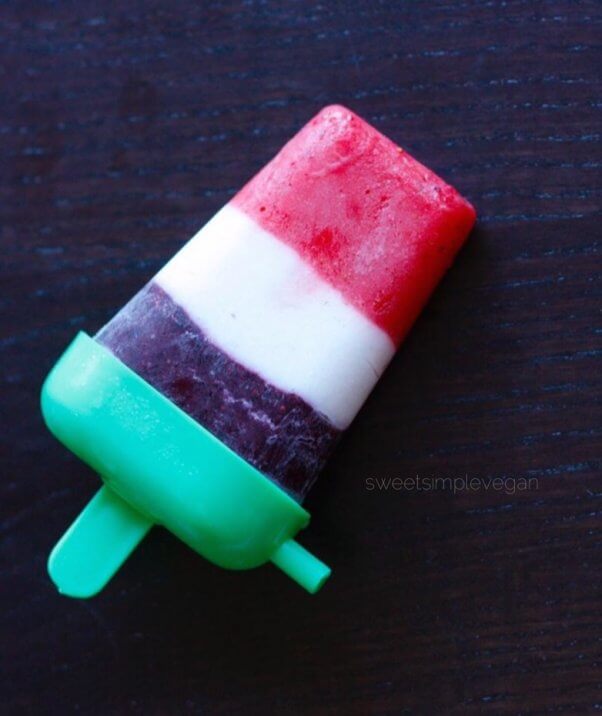 For easy-peasy kid-friendly snacks, steal this idea for patriotic Grilled Granola from The Big Man’s World (try it with the new I Can’t Believe It’s Not Butter spread, It’s Vegan) … 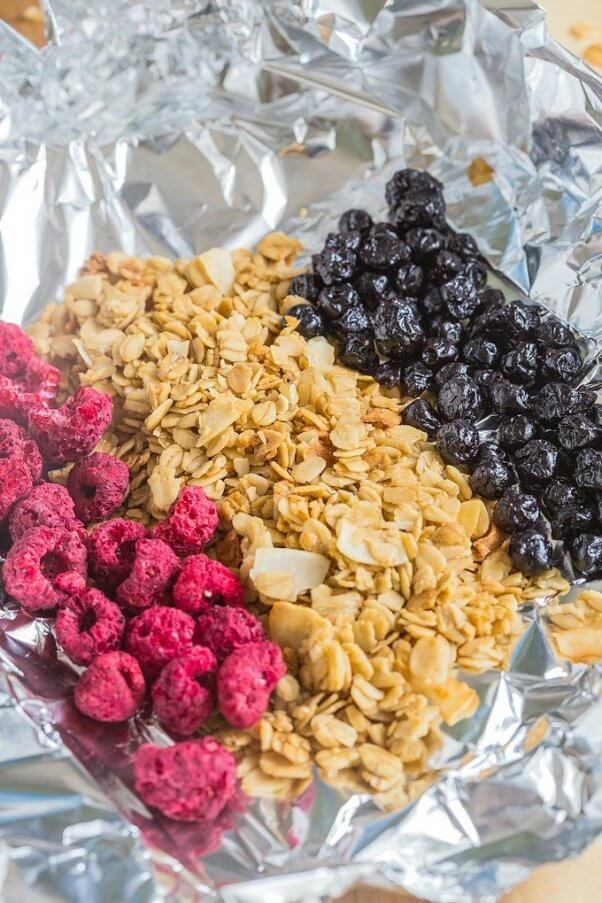 … or this one for berry and cashew-cream parfaits in mason jars from Vegan Insanity. 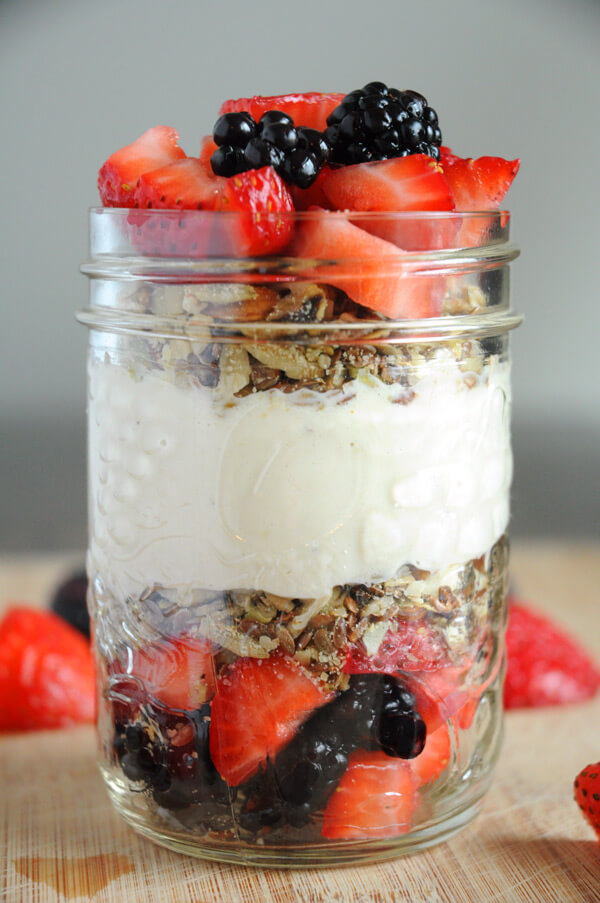 And get the kids involved in meal prep by letting them help make fun, simple desserts such as PETA’s Red, White, and Blue Rice Crispy Treats… 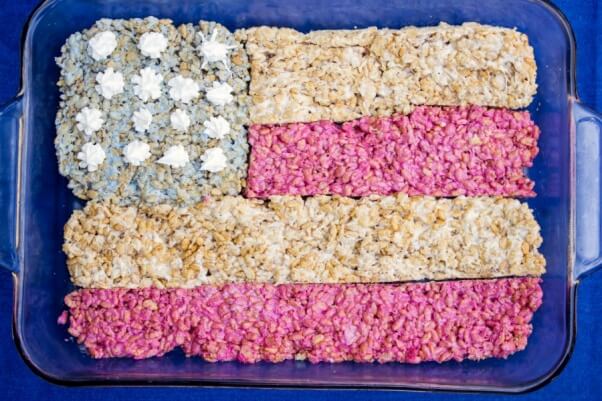 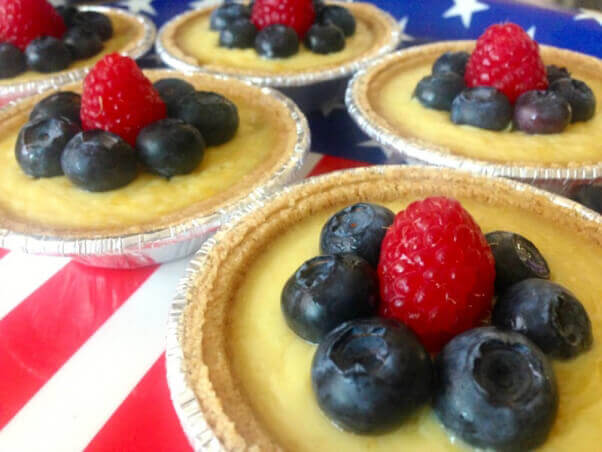 Surprise your friends and family by saying that you’ll bring the pulled-“pork” sandwiches. And surprise them again with these beauties from Minimalist Baker, which get their stringy texture courtesy of lentils and shredded carrots and their flavor from barbecue sauce and a sprinkle of spices. (We may have cheated a little on the red, white, and blue theme with this one, but the taste makes up for the quasi-blueness.) 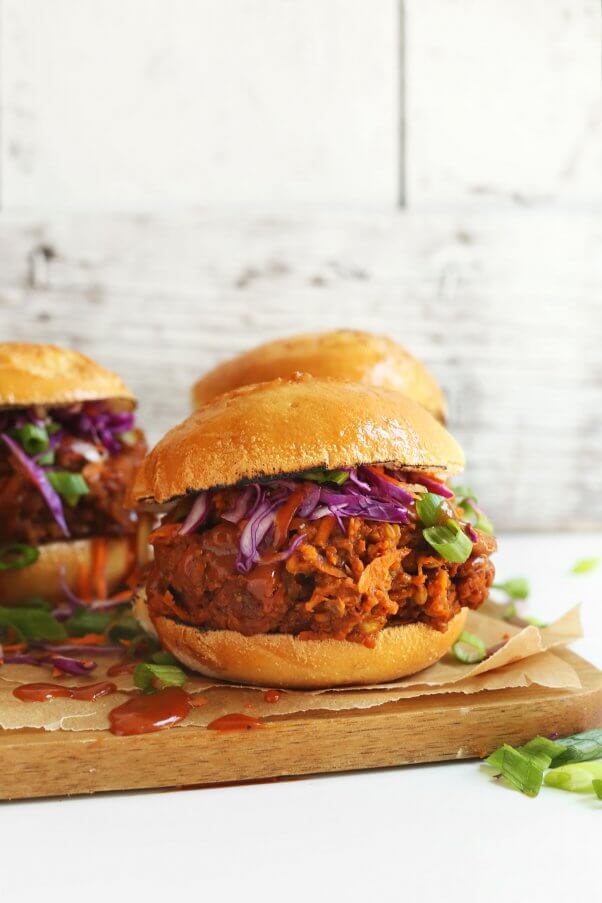 If you’re the lucky duck who draws the easiest cookout dish assignment ever—the “vegetable plate”—make it one to remember (quasi-blueness aside). Five-Minute Macadamia Cheese is the star of Minimalist Baker’s Vegan Crudité—and you may even win over the “I can’t live without cheese” crowd. 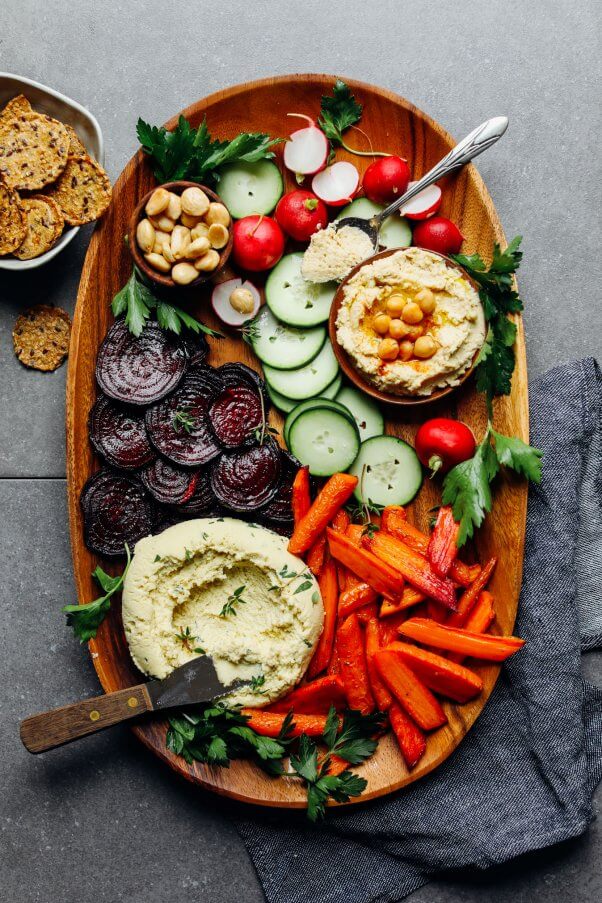 See more great cookout ideas for a four-star Fourth of July, and raise your forks to liberty and justice for all.

If these recipes look great to you, why not make a pledge to go vegan? Already vegan? Order a free vegan starter kit for a friend today.

Take the Pledge!
Order a Vegan Starter Kit for a Friend!