PETA President Ingrid Newkirk has once again been named one of The Daily Meal’s 50 Most Powerful People in Food. She continues to influence millions of people’s food choices and to prompt more and more companies to offer vegan options. Vegan food products adorn grocery store shelves across the country, and the vegan meat market is projected to reach $5.2 billion globally by 2020.

Under Ingrid’s leadership, PETA has become the largest vegan advocacy organization in the world, bringing about landmark change for chickens, cows, pigs, turkeys, and other animals used for food. PETA’s eyewitness investigations expose egregious animal abuse on factory farms and in slaughterhouses, causing people to rethink their food choices. It’s no wonder that 2016 was declared the #TheYearOfVegan. 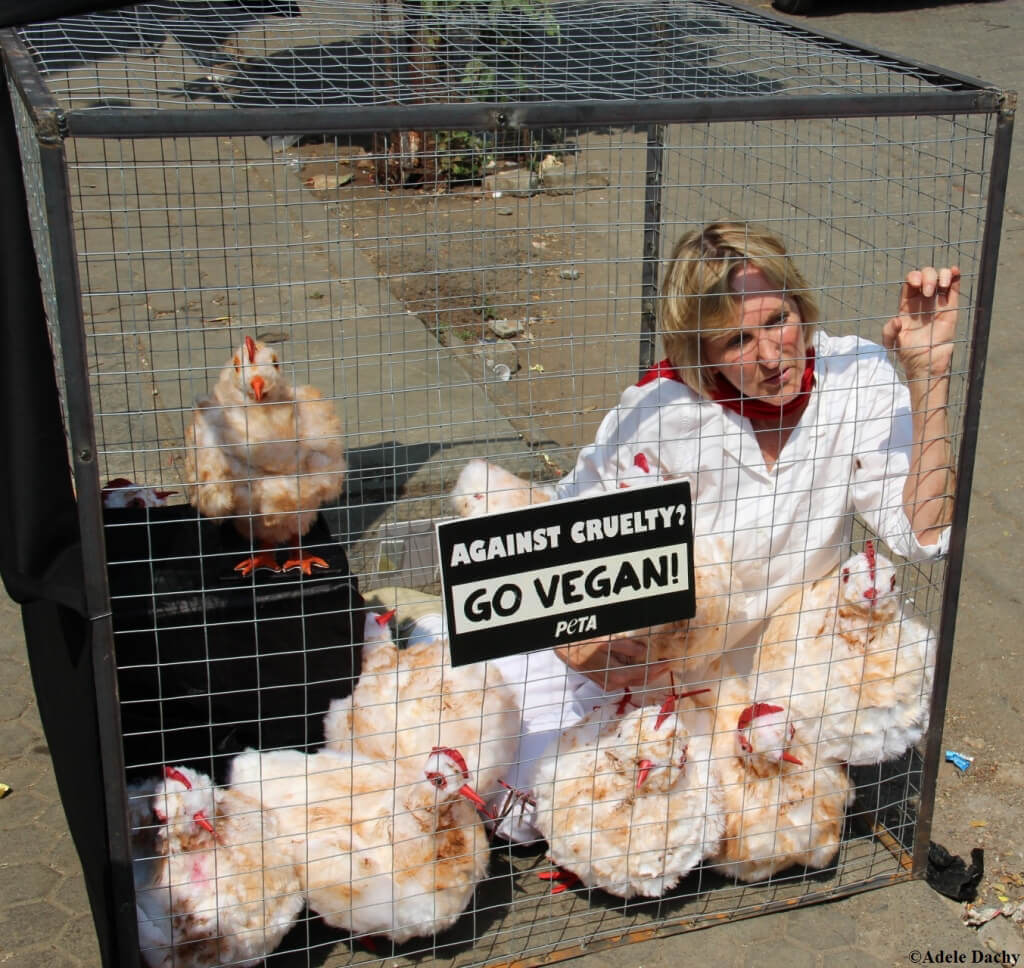 This past year, PETA exposed Culver Duck Farms, Inc.—the second largest duck slaughterer in the U.S.—where birds were kicked, thrown, and slammed against walls, and released disturbing footage from a massive hatchery operated by Sanderson Farms, Inc., which supplies chicken meat to Kroger, Sysco, Arby’s, Chili’s, and others. In May, the state of Idaho was ordered to pay PETA nearly $250,000 in attorneys’ fees after a judge ruled that its “ag-gag” law—which made it illegal to record video on farms and in slaughterhouses—violated the First and 14th amendments of the U.S. Constitution.

Try as they may, the meat, egg, and dairy industries have not been able to silence PETA or hide their horrific practices from the public eye. PETA is the most engaged-with advocacy organization on social media, according to PR News—and that includes groups that focus on non-animal causes. More people “like,” share, and comment on PETA’s content than that of any other advocacy organization. 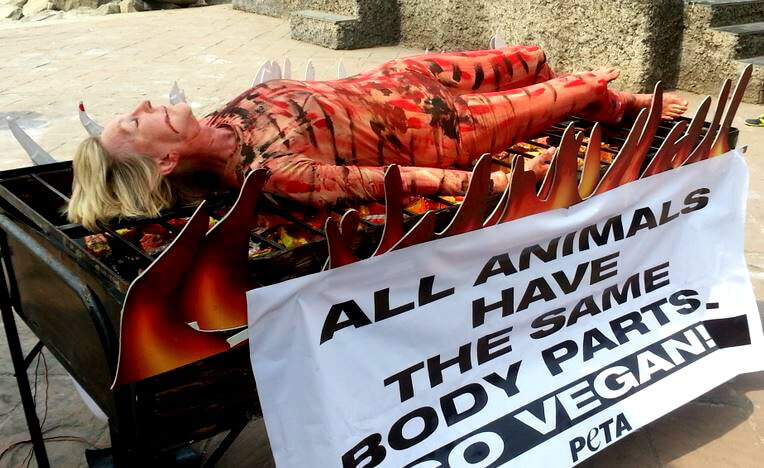 Here are just a few other ways that Ingrid and PETA helped make a difference for animals used for food in 2016:

The Daily Meal also mentions PETA’s other accomplishments as well, stating the following:

The vocal head of this increasingly high-profile organization, Newkirk led the company to another banner year in 2016. They convinced the National Institutes of Health to end maternal deprivation experiments on baby monkeys, forced SeaWorld to stop breeding orcas, and they exposed the ostrich slaughter industry, among other accomplishments (their efforts to ban the training of elephants for circuses is also cited as a factor in the decision of the century-old Ringling Bros. and Barnum & Bailey Circus to close down this spring).

Rest assured that Ingrid and PETA will continue to pressure businesses and educate consumers until animals are no longer used for food. More and more people are going vegan every year, thanks in part to PETA’s caring supporters, who spread the word about PETA’s campaigns. If you’d like to help animals and promote vegan living, please join PETA’s Action Team and help make 2017 another banner year for animals.

I Want to Join the Action Team!