Have a Heart While Protecting Your Heart

The following article was written by Chris Holbein.

You’ve seen the news reports about the possible health benefits of omega-3 fatty acids. But you’re also a thoughtful PETA Living reader, and you know all the reasons not to consume fish or fish oil:

So what’s a health-conscious but compassionate person to do? Luckily, there are cruelty-free and healthy ways to obtain omega-3 fatty acids. Foods like flax contain the short-chain omega-3 ALA. A bit of that ALA can convert into the longer-chain omega-3 fatty acids, EPA and DHA (the types commonly found in fish). But an even more surefire way to get EPA and DHA is to take one of the many animal-free supplements now available, such as those offered by Vegan Essentials. (You can get either an EPA/DHA formula or just DHA because your body will convert some of the DHA into EPA.) 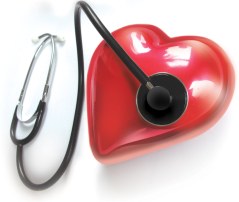 These supplements are so cool because they are derived from algae, which is where fish get the omega-3 fatty acids in the first place. By consuming the algae-derived supplements directly, you put less strain on the environment, avoid harming animals, and don’t have to worry about the nasty pollutants found in fish flesh. (Note: Taking these supplements is an especially good idea for women who are pregnant or lactating.)

Chances are that you might be the only vegan some of your friends know, and thus (fair or not), if you’re not as healthy as you could be, they might see it as a knock against veganism. For that reason alone, it’s important to be sure that we’re doing everything that we can to maximize the enormous health benefits of a vegan diet.

What’s your favorite healthy vegan snack? Tell us in the comments section below!