Earlier this year, a friendly turkey named Cornelius waddled through a sliding glass door and into the collective heart of internet viewers. He’s the new “brother” of another internet-famous animal, Esther the Wonder Pig, and lives in Canada with his two human dads. This modern family is showing the world that animals who are commonly killed for food can instead lead long, happy lives as fully realized individuals with unique quirks and personalities when given the opportunity. As you get to know Cornelius while watching the cute turkey videos below, we think that you’ll agree—and even consider leaving turkeys off your plate this Thanksgiving.

This is my new PA Cornelius, he comes over to make sure I don't miss important appointments like dinner.

In the wild, turkeys are adventurous explorers and loving parents who can live up to 10 years, but those who are raised for food are typically killed when they’re between only 12 and 26 weeks old. The poultry industry brags that it kills 44 to 47 million turkeys for Thanksgiving every year. But the tide is turning: The number of people having vegan Thanksgivings is skyrocketing, thanks to ambassadors like Cornelius and the increasing availability of hearty meat-free roasts offered by brands like Tofurky, Field Roast, and Gardein.

Here are seven reasons why you’d never want to eat Cornelius or any other turkey for Thanksgiving (or at any other time of the year!):

We finally have somebody else in the house that is as enthusiastic about mornings as my dad. Maybe now he'll leave me alone until lunch time.

Posted by Esther the Wonder Pig on Friday, September 1, 2017

He gets just a little bit jealous when someone else gets all the cuddles:

He’s the embodiment of “squad goals”:

Nothing like a nature walk with your bffs …Credit: Esther the Wonder Pig

Posted by Breathing for Peace on Saturday, October 7, 2017

He’s always curious about what you’re having for lunch:

Dad tried to have a picnic without me, but I crashed the party.

Posted by Esther the Wonder Pig on Sunday, August 6, 2017

He knows how to strut his stuff when he’s ready for his close-up:

Posted by Esther the Wonder Pig on Sunday, September 17, 2017

Cornelius got an "accident prevention device" today, and I am pleased to report we had no accidents!!!

He even loves to help out with yard work:

Cornelius has made a big impact on people by helping them to realize that if one turkey can be this special, then all turkeys are worthy of being loved.

People really love Cornelius. Many have even commented that getting to know him online has inspired them to stop eating turkeys entirely (something that many people have said about eating pigs after getting to know Esther).

All animals who are killed for food are unique individuals who deserve to be treated with compassion. They just don’t all have YouTube channels or Facebook pages.

At least one of us is enthusiastic about mornings.

If these cute videos of Cornelius and Esther have got you smiling, you can read more about the impact that they’ve had on their dads (and the world) by reading this interview. More importantly, if this post has left you thinking about turkeys or pigs in a whole new light, there’s no better time to make the decision to leave them off your plate. You can have a vegan Thanksgiving, and you’ve come to the perfect place to start planning it. We’ve got all the resources that you’ll need to make the holidays—and the rest of the year—full of delicious vegan food. 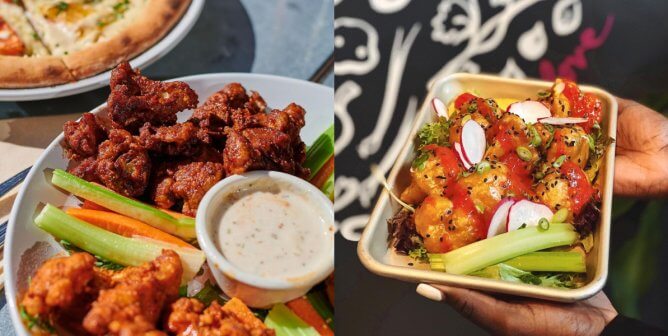