Horses: Racing for Their Lives

The following article was written by Melinda McKee.

When I was a little girl, my grandmother and I would go to the racetrack and watch the horses sprint around the track. But I never knew about the cruelty in horse racing until I did my own research. Although some people see it as a legitimate sport or a form of entertainment, I’ve learned that this entire billion-dollar industry is rife with misery. 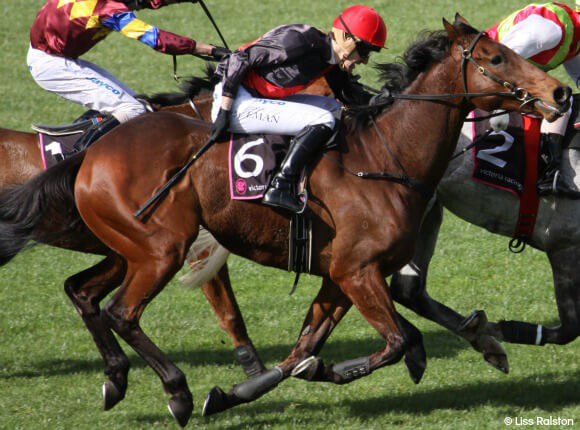 Here are some crucial facts about the heartbreaking horse-racing industry:

Sad Facts
Horses can be crowded into trucks for 36 hours on their way to slaughter. In 2012, Royale With Speed, the grandson of Triple Crown winner Secretariat, was about to be transported to a slaughterhouse to be killed for his flesh when he was rescued by PETA and fitness guru Jillian Michaels. He had earned $127,000 for his owners during his racing career but was bought at a meat auction for only $350. (See photos of him below.)

Trainers and veterinarians frequently give horses legal and illegal drugs to enhance their performance and mask the pain from injuries in order to keep them racing when they should be resting and recovering. As last year’s New York Times exposé of the thoroughbred racing industry pointed out, drug use leads to the deadly breakdown of more than three horses every day on racetracks across the U.S.

Auction companies force very young thoroughbreds at “under tack shows” to sprint at speeds greater than they would ever race in their careers.

Hopeful Futures: PETA Rescues and Victories
Thoroughbred racehorse Coming Home was bought at a livestock auction for $200 and was hours away from being trucked to a slaughterhouse when a PETA investigator rescued her and renamed her Little Winner:

Mentioned above, Royale With Speed was saved by PETA and Jillian Michaels and now enjoys his new home. Here he is: 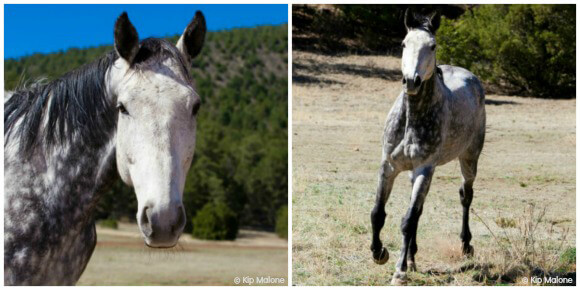 But our work is just beginning. Show that you care about these grand, beautiful animals by taking action to end horse slaughter and cruelty in the horse-racing industry.