Through her work on The Biggest Loser, Jillian Michaels is accustomed to saving lives. But for one horse, her help arrived just hours before he would have been sent on a journey to become hamburger. 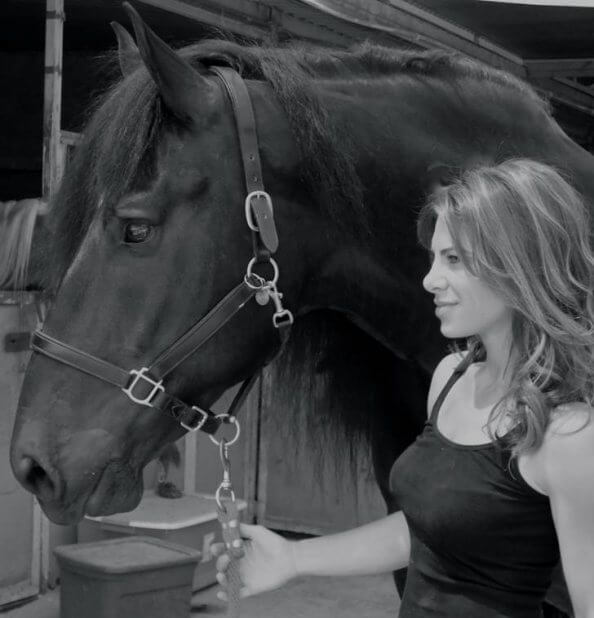 From the Winner’s Circle to the Kill Pen

During a PETA investigation of horse slaughter, in which horses are taken from a meat buyer to a Canadian slaughterhouse, our investigators discovered ex-racehorse Royale With Speed packed into a “kill pen.” A grandson of renowned Triple Crown winner Secretariat, Royale With Speed’s racing days were over, and our investigators stood witness as he was sold for slaughter for $350. He was dehydrated and running a fever of 103.7 degrees Fahrenheit, and his lymph nodes were so swollen that they later burst and oozed pus through the skin.

Speedy Save for Royale With Speed

We called the wonderful PETA supporter who cares for another of our rescued thoroughbreds, Coming Home, and she agreed immediately to give Royale With Speed a home on her ranch. Jillian stepped up to buy the horse and cover his transportation costs, and together, we were able to save him from enduring a 36-hour journey in subfreezing temperatures aboard a cramped transport truck—with no food or water—that would have ended at a slaughterhouse.

After weeks of intensive care, Royale With Speed, now renamed Gray Man, has fully recovered. He spends his days lolling on the grass and romping with his new friend Coming Home—who also has a new name, Little Winner.

Tens of thousands of horses are shipped to slaughter every year. Jillian has voiced her support for ending horse slaughter to Congress. Please join her.