The following article was written by Liam Cronin.

I love attending sporting events. It’s an experience that no television can replicate, no matter how high its definition is. I love the passion, the fans, the tournaments, the oh-my-gosh-if-it-goes-in-we-win moments, and being there when the final buzzer sounds. One thing I don’t love, though, is seeing animals used for entertainment. It’s cruel and completely unnecessary.

If you are like me and love traveling to see sporting events in person, then you have many options around the globe. For every cruel “sport,” there are five better alternatives. Here are five sports to go see instead!

Instead of Dogsled Racing …

The main dogsled race is the Iditarod, a grueling event that forces dogs to run 125 miles each day for nine to 14 days straight. Dogs die after getting tangled in harnesses or trampled by moose or suffering from any number of illnesses or injuries as a result of being forced to push their bodies beyond their natural limits. 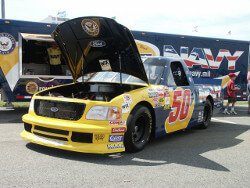 Wait, high-octane speeds? A test of endurance? A dedicated team working toward a singular goal? NASCAR’s three-cup series can satisfy your need for speed and teamwork! Besides being one of the great team sports (drivers literally put their lives in the hands of their pit crews), NASCAR racing offers lots of vegan food options at venues all over the country.

To quote the brilliant Pamela Anderson, “Men hunt because they have something wrong with their own equipment and they need something else to shoot.” Besides being a dead giveaway for insecure omnivores, hunting is a cruel and barbaric practice. 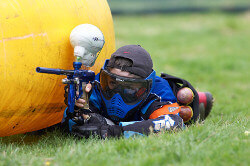 Instead of watching humans kill or maim animals, go watch humans give each other welts! Paintball is an exciting (and hilarious) option. Go see the paintball championships in Las Vegas or find a local facility and suit up yourself (you should wear padding).

Cockfighting is illegal in the United States, but this inane practice still happens inside U.S. borders and across the globe. Like the animals used in dogfighting and bullfighting, roosters used for cockfighting are bred for aggression through abuse, neglect, and other cruel “training” methods, such as strapping weights to their legs, “practice fights,” and physical mutilation. 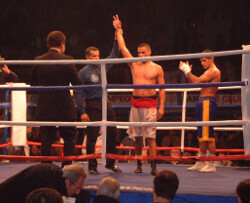 Hey, look! A battle of strength and strategy with two willing participants! Boxing is still the king of pay-per-view TV, and with variations such as the Ultimate Fighting Championship growing in popularity, there’s almost always a boxing or mixed martial arts event to attend.

Instead of the Running of the Bulls …

An arcane event that for some reason still happens, the Running of the Bulls is an example of severe cruelty. Bred for aggression then released alone, confused, and terrified onto the streets of Spain, bulls are eventually led to the bullfighting ring, where they are tortured and killed by matadors (which, translated literally, means “killers”). 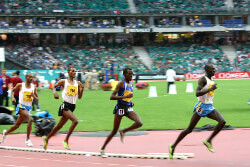 Not just for college competitions, track and field shows us the gamut of human abilities. Better yet, no one is killed at the end. Track and field is truly a global sport, with world championships, the Olympics, and various marathons occurring around the world.

Polo engages in the unfeeling practices prominent in the horseracing world. Horses and ponies are whipped, “used up,” and then euthanized or sent off to slaughter. Some, such as the pony that Prince Harry rode in a charity polo event, die either on the field or immediately after leaving it. 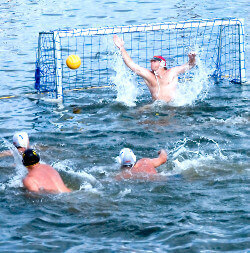 Water-polo players came up with the novel idea of doing the work themselves, not forcing horses and ponies to do it for them! Water polo is one of the most demanding sports around, and the participants play for keeps. If you missed the U.S. national team and their compassionate cat saving captain, Tony Azevedo, at this summer’s Olympics, go support the players at one of their events or witness the enthralling college water-polo championships.

Want to book a getaway to one of these events or other great cruelty-free sporting events? Check out HumaneTrip.com to get started!

Are you a die-hard sports fan? What sport would you travel across the world to see? Share with us in the comment section below.