Why You Should Treat Your Cat Like a Dog

There’s a serial killer on the loose in Thurston County, Washington. A serial cat killer, that is. So far, 13 have turned up dead—viciously killed, then slit open with a scalpel, their spines removed, and their mutilated bodies left in a public place, almost like a display—or a warning.

One victim, Harley, was a shy, elderly cat who spent most of his time outdoors. He never stood a chance against his much larger, stronger assailant. Another, a beautiful longhaired cat named Olly, was younger and more agile, but that didn’t save her. It’s hard to think about Olly’s agonizing final moments as the breath was choked out of her body.

The owners of Harley and Olly and the other feline victims probably never imagined that by opening the door and allowing their beloved cats to walk off down the street by themselves, they were signing their death warrants. People seem not to believe that awful things like this can happen to their cats: They can only happen to other people’s cats. But if you allow your feline companions to roam outside unsupervised, what’s to stop someone from making them the next victims? 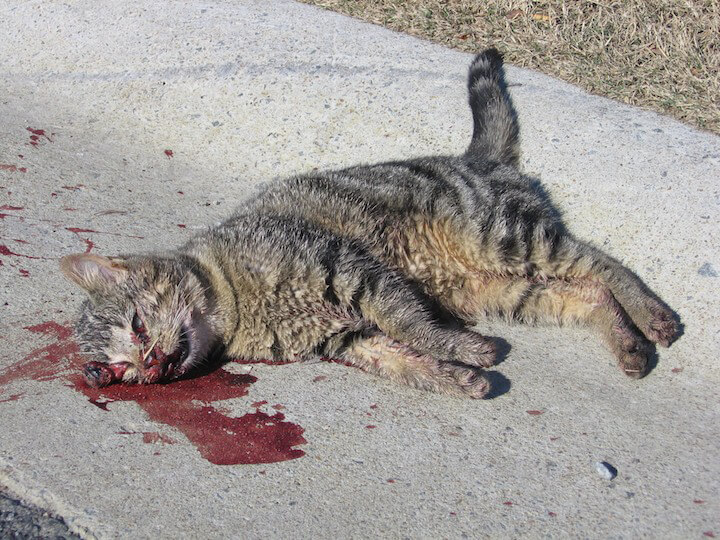 In addition to cruel people who beat, drown, strangle, stab, shoot, poison, or otherwise torture cats, they’re exposed to myriad other dangers outdoors, including contagious and deadly diseases, speeding cars, and attacks by other animals. A cat recently attacked in Jacksonville, Florida, was the latest in a string of at least 20 cats and chickens killed by two stray dogs in the area. PETA fieldworkers recently rescued a tiny kitten who had sought refuge in the engine of a car and become trapped there for two days. 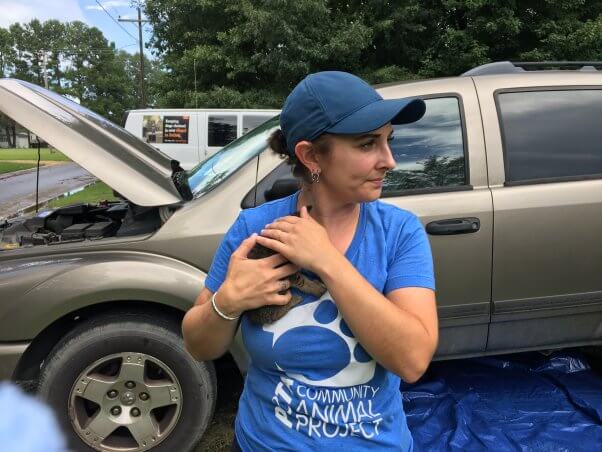 Cats are domesticated animals. It’s not fair to them or to native wildlife to turn them loose outdoors—and they also need to be protected from harm, just like dogs. Before adopting cats, prospective caretakers must take into consideration that proper and humane care includes keeping them indoors and making sure that their environment is safe, interesting, clean, and comfortable.

So what’s the best way to do that? By thinking like a cat! Cats are happy indoors if given what they need—exercise, mental stimulation, comfortable places to nap, clean litterboxes, and the opportunities to enjoy the great outdoors from the safety of a window or secure enclosure.

You can keep your cats’ brains engaged with plenty of playtime, which, in addition to providing them with necessary exercise, also helps wear them out so that they’ll be tired and want to sleep at night. Interactive wand toys are universal favorites, as are simple balls of wadded-up paper. 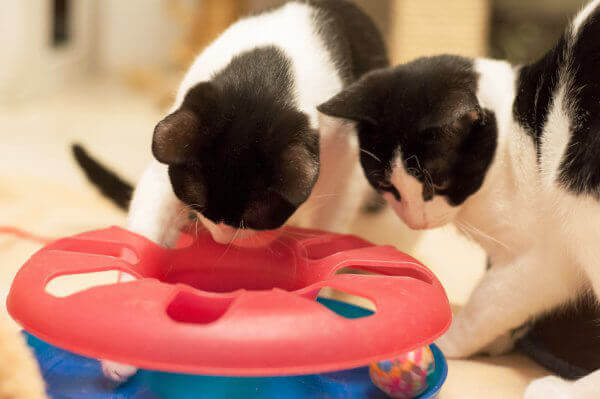 Make sure that your cats have plenty of “approved” places to scratch, since scratching is essential to their well-being. They do it to mark their territory, condition their claws, exercise, and stretch their muscles. Invest in a solid cat tree , and buy several cardboard scratching pads to scatter around the house. They’re inexpensive and cats love them. Sprinkle catnip on them weekly (and replace the inserts when they wear out) to keep them interesting. And never declaw your cat, as this painful mutilation can cause lasting physical and mental anguish, as well as prompting undesirable behavior, such as biting and refusing to use the litterbox.

Windows are like TV for cats. They also enjoy sunbathing on screened-in porches. If you’re handy with a hammer, with a little chicken wire and some imagination, you can build your cat a “catio”—a safe place to enjoy the fresh air, sunshine, and stimulating view. It can be as simple as cat-proofing an apartment balcony or as elaborate as installing an escape-proof fence or constructing a stand-alone structure featuring walkways among the trees. Catios have proved to be so popular that cities like Santa Cruz, California, and Seattle are even giving catio tours! 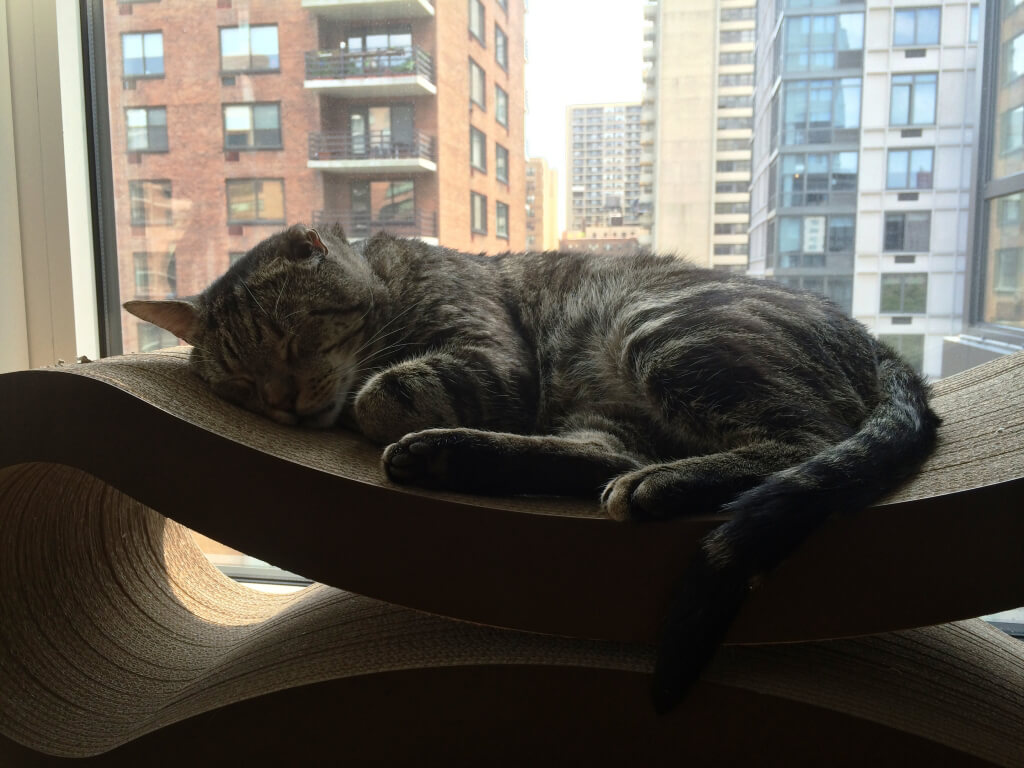 And believe it or not, cats can also be taught to walk on a leash—just be sure to use one that’s lightweight and attached to a safe and secure harness, not a collar. Get your cat get used to the harness for short periods of time indoors, then pick a safe outdoor area to explore. Alternatively, you can invest in a pet stroller—while not ideal for exercise, it does allow cats to explore and experience the sights and sounds of nature in safety. Of course, many cats are perfectly happy never setting foot outdoors, and there’s no need to force “scaredy cats” out of their comfort zone.

Take a cue from Peter Cohen, who has turned his Goleta, California, home into what can only be described as a cat palace, equipped with dozens of brightly colored and whimsically designed “catwalks,” tunnels, sky boxes, perches, spiral staircases, ramps, bridges, cat trees, “escape hatches,” and more. He embarked on his quest to create the ultimate cat cave after two of his feline companions were hit by cars and one was killed. After that, he realized that it wasn’t safe for cats to go outside, so he pledged to make the indoors a great place to be, and he has succeeded in spades. “It brings a lot of satisfaction,” he says. “We can’t solve the world’s problems, but I can solve this tiny problem for these cats.”