Canadian reality star and model Jenna Talackova, who won global acclaim for being the first transgender woman to compete for the Miss Universe title, tells PETA why she decided to switch to a plant-based diet and swap her sash and tiara for an outfit made out of veggies. 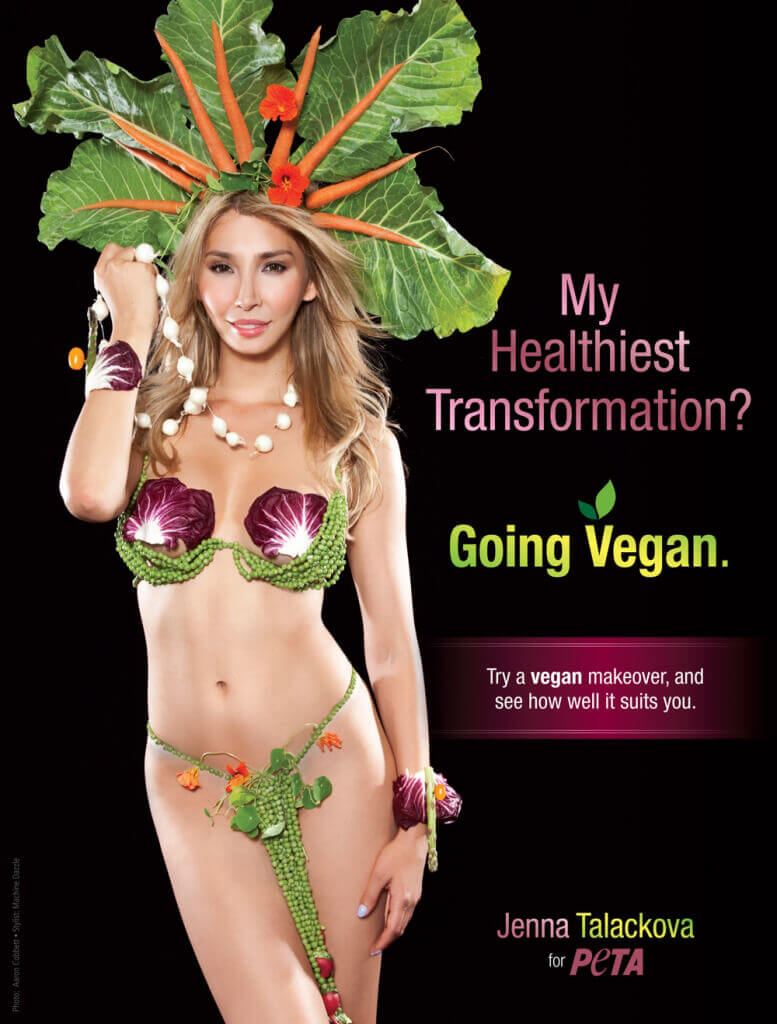 After studying nutrition and with a love for animals, Jenna chose to go vegan and hasn’t looked back. She tells PETA why and how she made the change—by starting off slowly and playing with being vegan at first.

Cows, pigs, chickens, turkeys, ducks, geese, and other animals live in extremely stressful conditions. They are fed drugs to fatten them faster and keep them alive in conditions that could otherwise kill them, and they are genetically altered to grow faster, causing many animals to become crippled under their own weight. Some animals die just inches away from water and food when they are unable to reach it.

Change your life for the better and save the lives of animals by pledging to go vegan. Join Jenna today and take the pledge—defend animals everywhere by living a kinder lifestyle now and vowing to go vegan.