Fans of mixed martial arts (MMA) fighter and actor Tito Ortiz know that he isn’t afraid to step into the ring for a good fight. Now, he’s ready for his newest opponents—dogfighters. After he heard that football player Michael Vick had said that mixed martial arts was the same thing as dogfighting, Tito decided to get involved.

The former Celebrity Apprentice contestant teamed up with PETA to pose for an eye-catching ad that encourages people to stand up for animals who are used and abused for entertainment. It features Tito in the MMA cage alongside the message, “I Choose to Be in the Ring. Animals Don’t.” 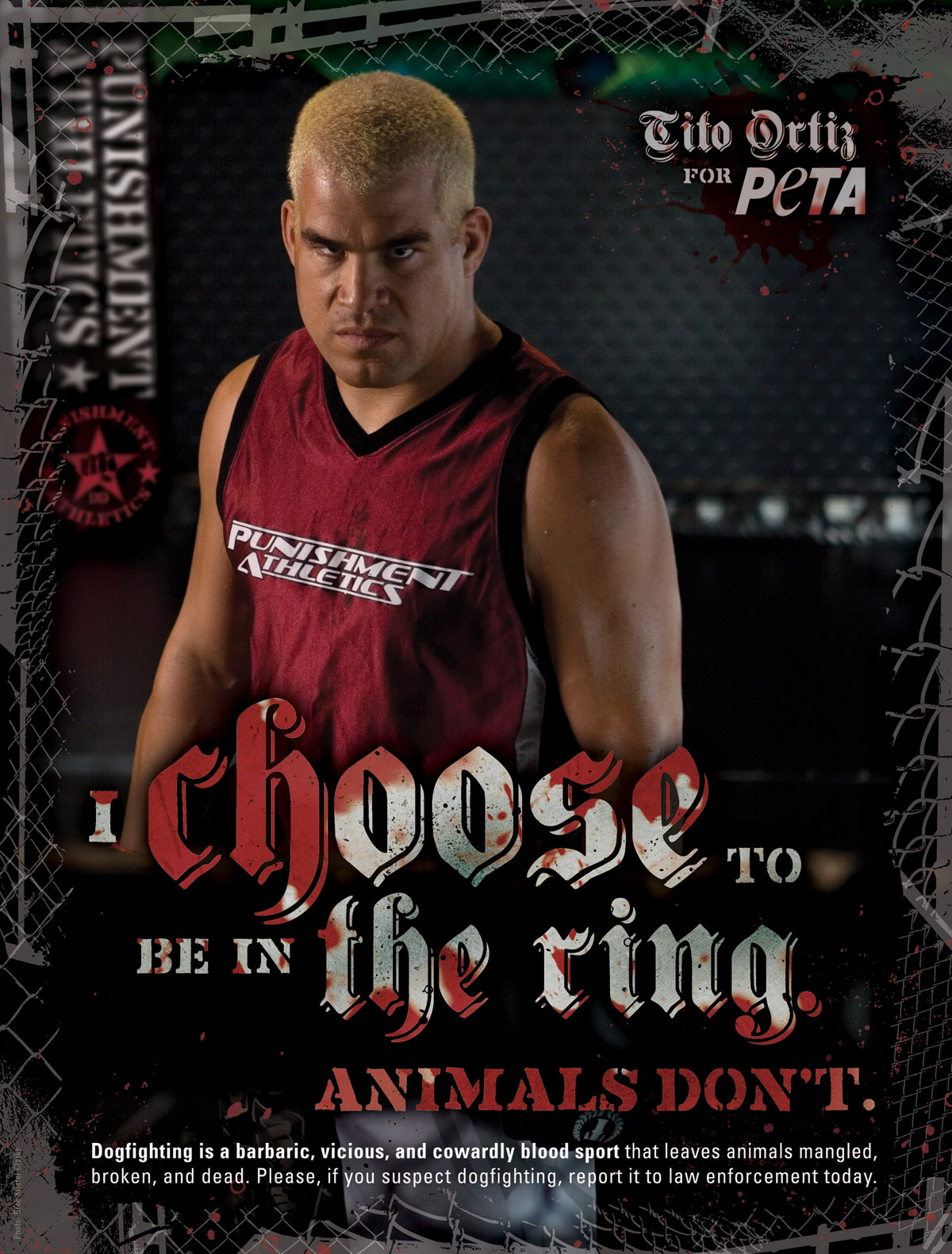 It’s no secret that Tito and his ladylove, Jenna Jameson, are big supporters of PETA. They are always willing to speak out against cruelty to animals, whether it’s to dogs, animals destined to be killed for their skins, or animals who suffer on factory farms. When asked about his dogs, Tito said, “Man’s best friend―that’s what dogs are. I have two dogs. I love and treat them like family.”

Dogfighting is an illegal blood sport that hurts the dogs pitted against each other and claims the lives of countless other animals used as “bait.” Dogs used for fighting are usually chained or penned, teased, taunted, and beaten so that they become aggressive. Those who lose fights are often tortured and killed or left to suffer excruciating injuries without care.

Tito is calling on you to help end dogfighting. If you suspect that dogfighting is taking place in your area, contact your local police department. You can also find out what else Tito had to say about the issue in this behind-the-scenes interview.

Dogfighting is a vicious blood sport that leaves animals mangled, broken, and dead. Please help Tito share this message with others by e-mailing his video to friends or adding it to your MySpace or YouTube page or other social networking sites using the buttons below.

You can also help spread the word about dogfighting by writing a letter to the editor of your local newspaper. For tips on writing effective letters, see PETA’s “Guide to Letter Writing.”