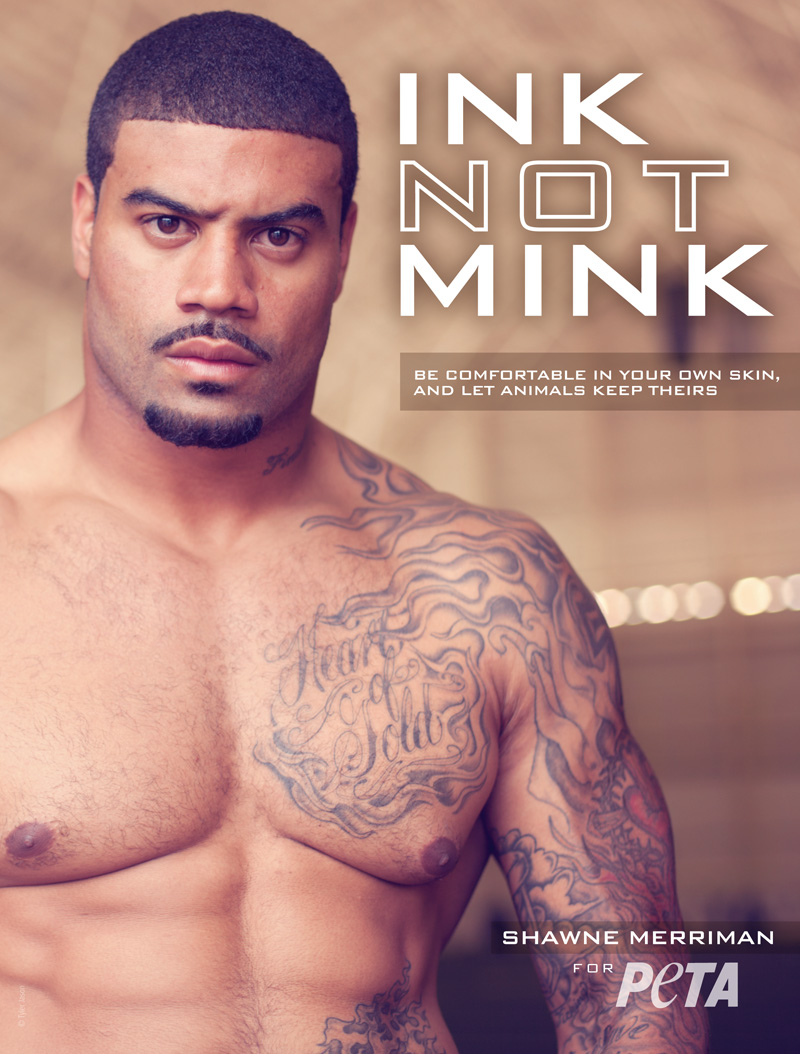 Buffalo Bills defensive end Shawne Merriman is calling a timeout to make a play for animals on fur farms. Shawne is one of the toughest linemen in the NFL—so tough that he has been given the nickname “Lights Out”—and now he’s tackling the fur trade as hard as he tackles his opponents on the football field. In his ad, Merriman joins PETA’s “Ink Not Mink” campaign and puts his body art to work for a good cause, asking his fans to choose warm materials that spare animals pain and suffering.

Merriman has plenty of room to roam on the football field, but animals on fur farms are not given that luxury—they are confined to filthy cages in which they barely have room to move. For every fur coat, collar, or piece of trim, millions of foxes, minks, coyotes, rabbits, and even cats and dogs are violently bludgeoned, electrocuted, drowned, or strangled with wire nooses. Many of these animals are even skinned alive. Shawne challenges his fans to watch PETA’s undercover exposé of animals used for their fur—and then call their own penalty on Chinese fur farms by sharing the footage with friends and family. Can you watch this entire video?

You don’t have to be one of the toughest linemen in the NFL to join PETA’s campaign against fur—just sign this pledge to go fur-free.