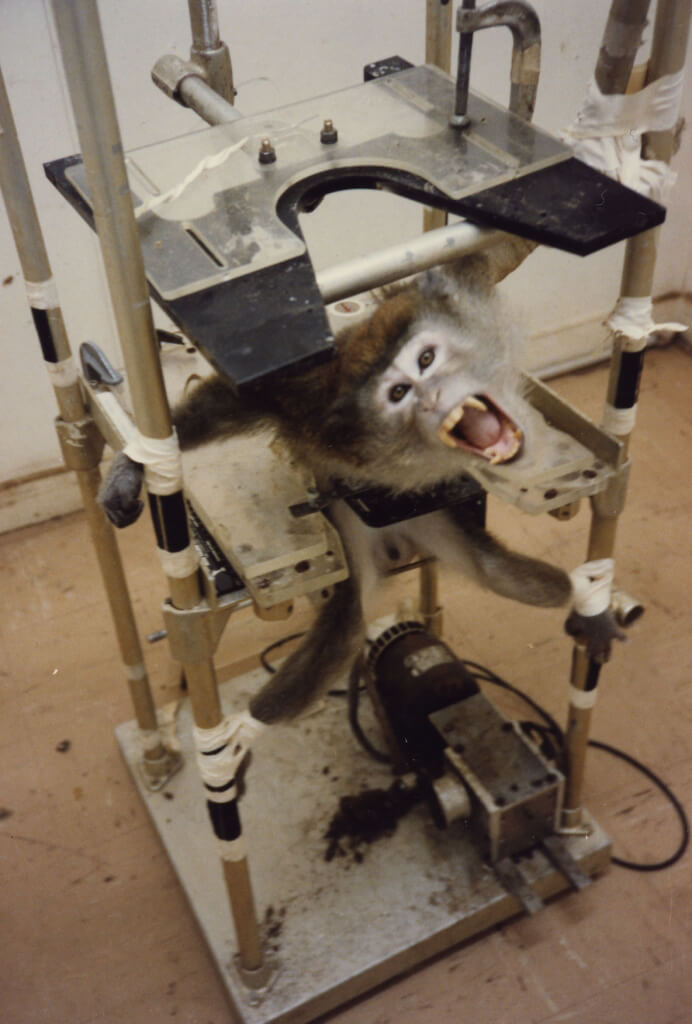 Restraint chairs and straightjackets are used in animal testing laboratories to keep primates still during experiments.

Sometimes called “hot shots,” electric prods are used in rodeos, circuses, and horse racing to get animals to do what their handlers want at a particular time, such as perform a trick or buck violently. 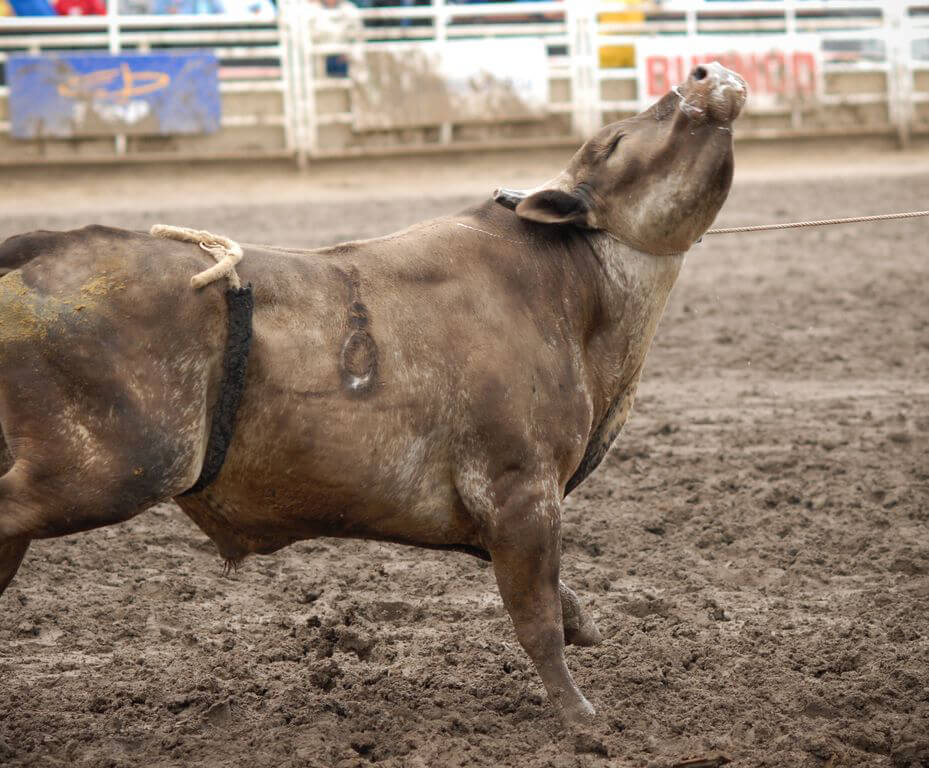 Used in rodeos, these ropes or straps are tied around animals’ abdomens, which makes them buck to free themselves from the torment. 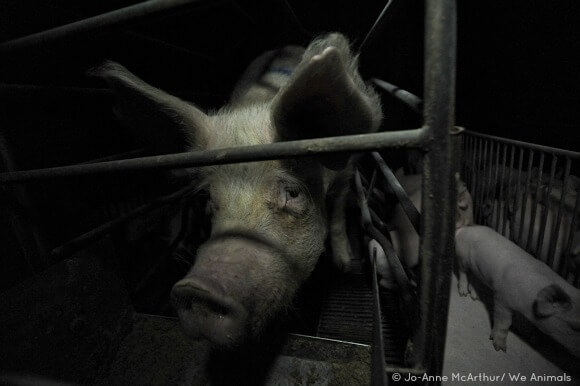 Mercy for Animals
Chickens and turkeys on factory farms have the tips of their beaks cut off with a hot blade, which makes eating difficult and can cause lifelong discomfort and pain. 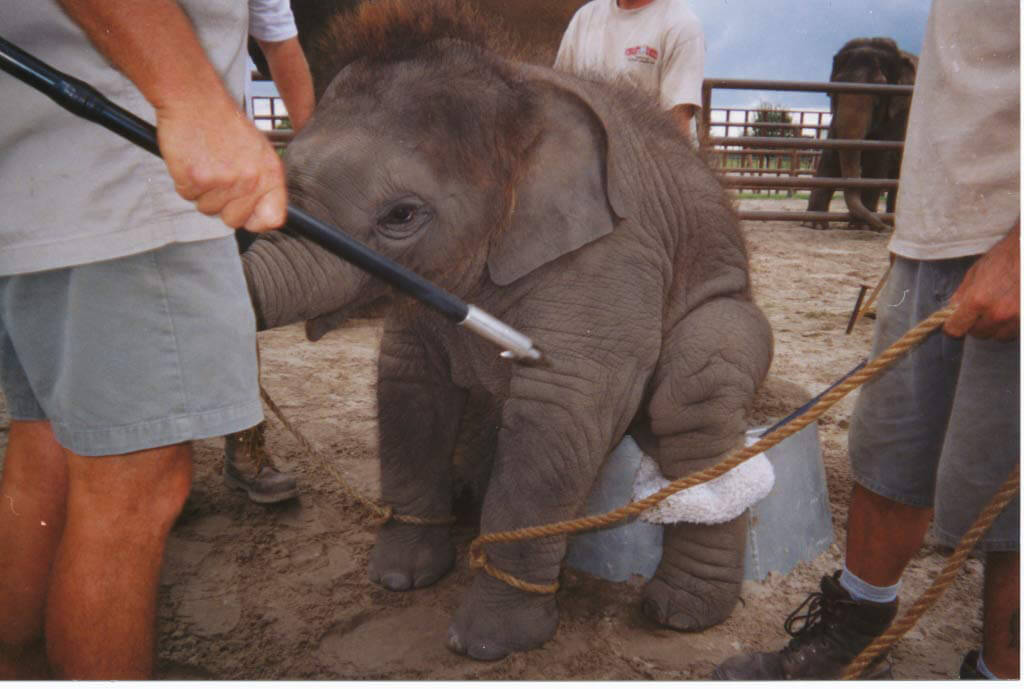 Animal circuses’ weapon of choice, bullhooks have been banned in several cities in the U.S., most recently in Los Angeles and Miami Beach, Florida. Trainers use these instruments to force miserable elephants to do as their told—or else. 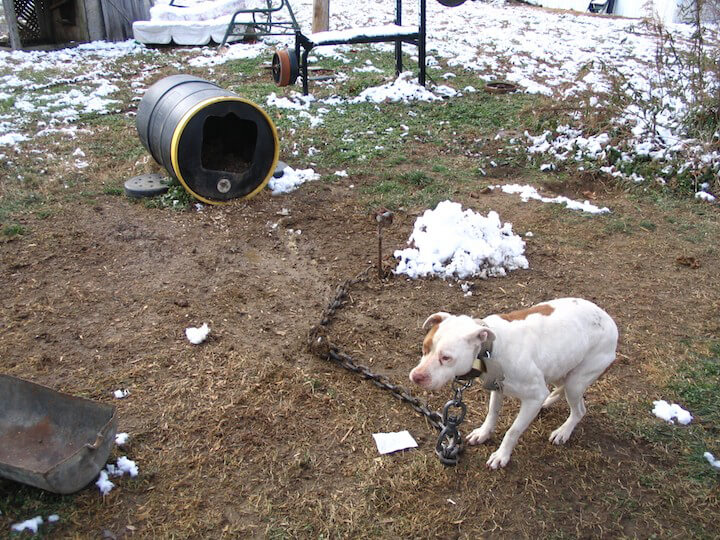 Chains are used in circuses and zoos to restrain animals and by everyday people, who often use them to tether their dogs outdoors in all weather extremes. 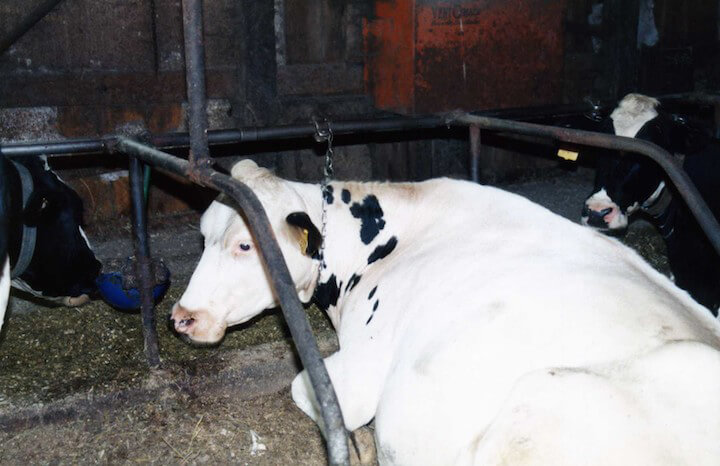 Rape racks are used to keep cows still so that they can be artificially and forcibly inseminated in order to keep their milk flowing.

If you want to help raise awareness of the horrors that animals face, share this page on Facebook now.