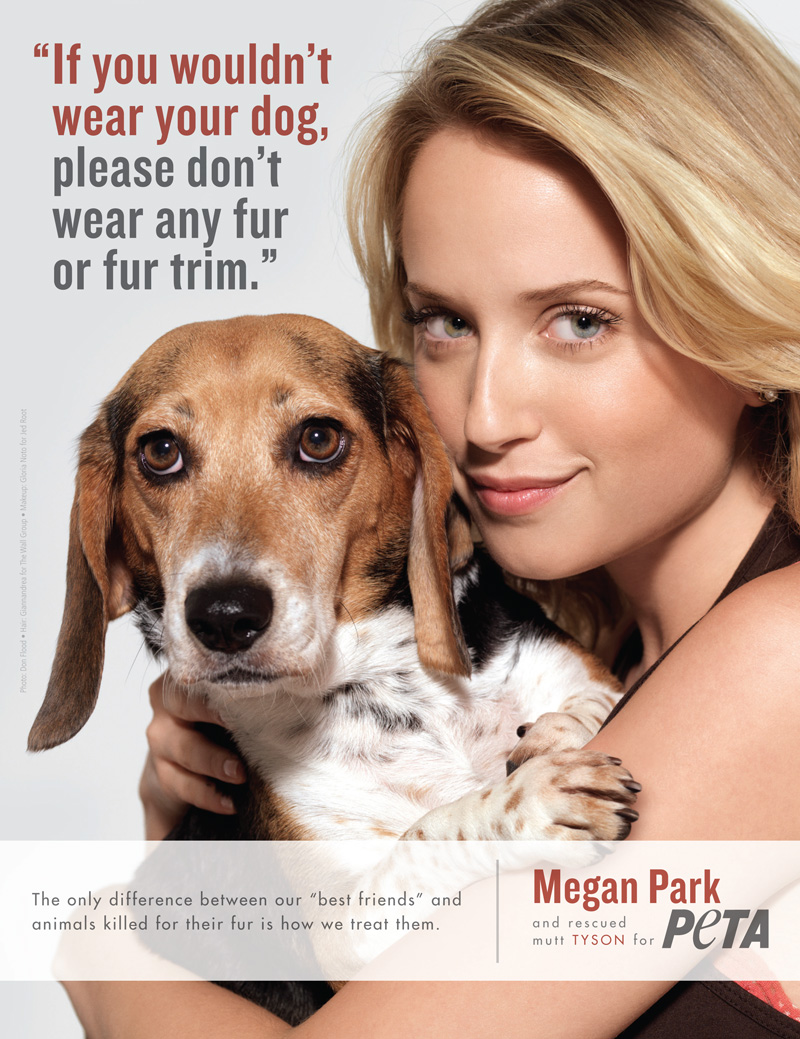 Megan Park has a secret to share: She’ll never wear fur. You may know her from her role on The Secret Life of the American Teenager or The Neighbors. Well, Megan is just as committed to her beliefs as she is to her work when it comes to fur. In her PETA public service announcement (PSA), she’s a cheerleader for animals when she says, “If you wouldn’t wear your dog, please don’t wear any fur or fur trim.”

Megan wouldn’t dream of wearing Tyson, the rescued mutt who costars in the PSA. Imagine if Tyson lived the life of an animal killed for fur: He would either be trapped in the wild, and eventually, succumb to exhaustion and often exposure, frostbite, or shock, or he would spend his entire life in a cramped, filthy cage, only to be killed using the cheapest methods available, such as suffocation, electrocution, and poisoning. Imagine if his fur were ripped off his body—maybe even while he was still alive—and sold as a coat. Would you wear him? If not, please don’t wear any other animal.

Fur from China may once have belonged to a cat or a dog, only to be mislabeled and sold in the U.S. There are no penalties for abusing any type of animal—including cats and dogs—on Chinese fur farms. Because more than half the fur in the U.S. comes from China, the odds that the fur you’re purchasing could be from a dog is far too high.

Hear what Megan has to say about fur in her behind-the-scenes interview with PETA:

Follow Megan’s example and stay beautiful in your own skin. Shop at one of the many 100 percent fur-free national clothing retailers, such as Forever 21, Urban Outfitters, Zappos, Juicy Couture, and Gap Inc., or one of these retailers, who all sell alternatives to fur. To help add more designers and retailers to the no-fur list, sign the pledge to let them know that you’ll never wear fur! 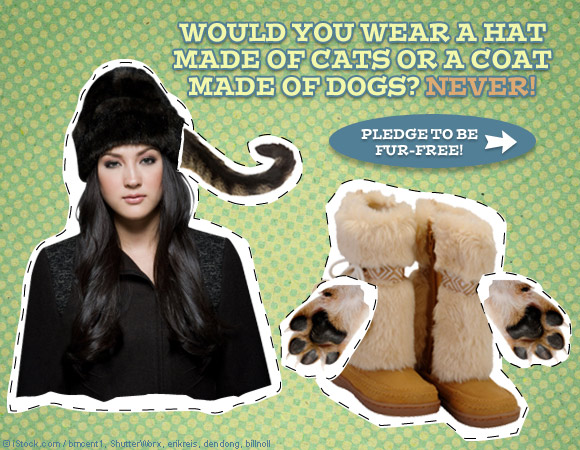