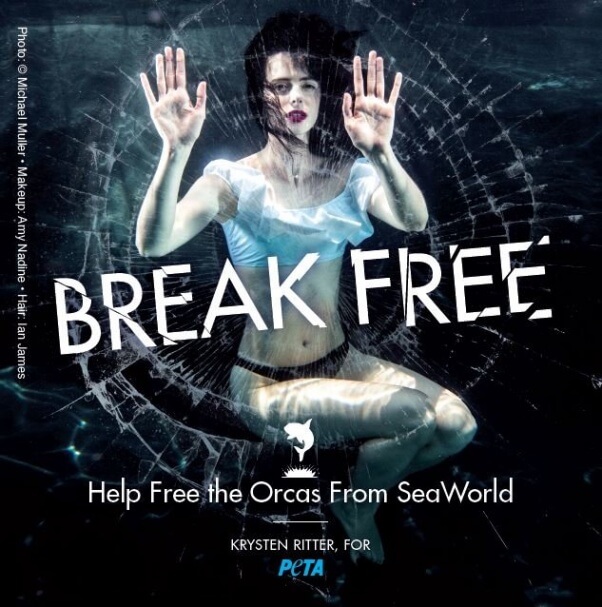 Thanks to eye-opening films like Blackfish and a growing understanding of animal rights, people are learning just how cruel it is to hold animals in captivity. Orcas are complex animals who don’t deserve to be trapped inside small tanks, and Jessica Jones star Krysten Ritter has partnered with PETA to underscore the cruelty of imprisoning them. She talks about how intelligent orcas are, with their complex social structures and communication systems, and makes it clear that SeaWorld’s end of captive breeding is only a start. “[I]t’s time to empty the tanks,” she says.

Check out the behind-the-scenes video and exclusive interview from Krysten’s photo shoot and see what else she has to say about SeaWorld:

Urge SeaWorld to Empty the Tanks!