Jenna Jameson may be famous for her risqué roles in adult films, but her latest video is the most shocking of all—Jenna’s new video reveals what happens to chickens who are killed for the Golden Arches and exposes McCruelty.

She even goes into explicit detail about how chickens often suffer broken limbs, they have their throats cut while they are still conscious, and they are often scalded to death in defeathering tanks, even though an alternative is available.

“There’s a less cruel method of slaughter that renders chicken unconscious,” Jenna tells viewers, “but McDonald’s chooses to allow birds to be mutilated and scalded instead.”

Join Jenna by speaking out against McCruelty by going vegan! 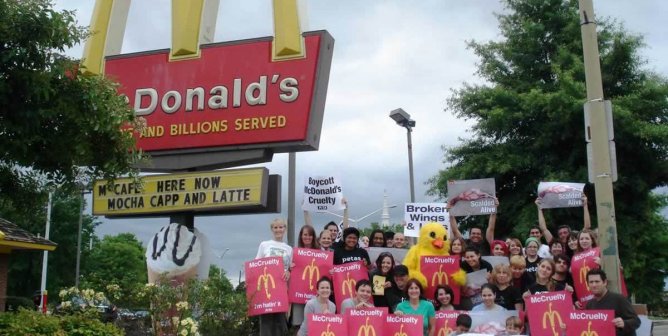 From McCruelty to McPlant: PETA’s McDonald’s Campaigns Through the Years 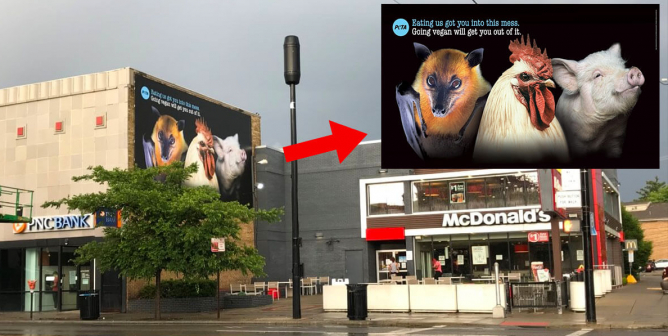 Animals Towering Over McDonald’s Exclaim, ‘Eating Us Got You Into This Mess’ 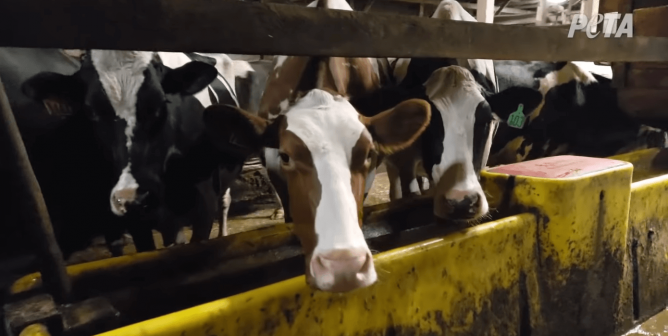 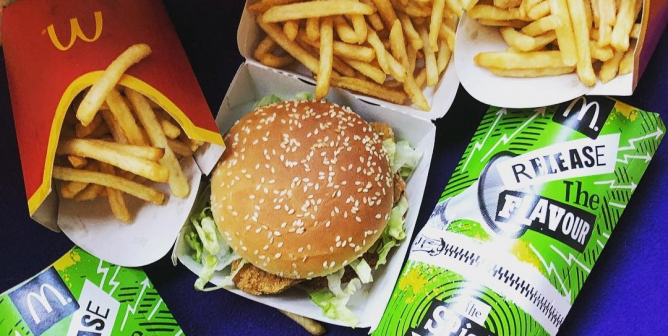