Famke Janssen has played a voluptuous Bond girl in GoldenEye, a transgender femme fatale on the hit show Nip/Tuck, and sexy superhero Jean Grey in the X-Men trilogy (costarring fellow “mutants” Hugh Jackman and Halle Berry). But it was her PETA “picture”—alongside her adorable costar and canine companion Licorice—that allowed the sexy actor to show off her angelic wings and “swing” into action for animals in PETA’s popular “Be an Angel for Animals” campaign. 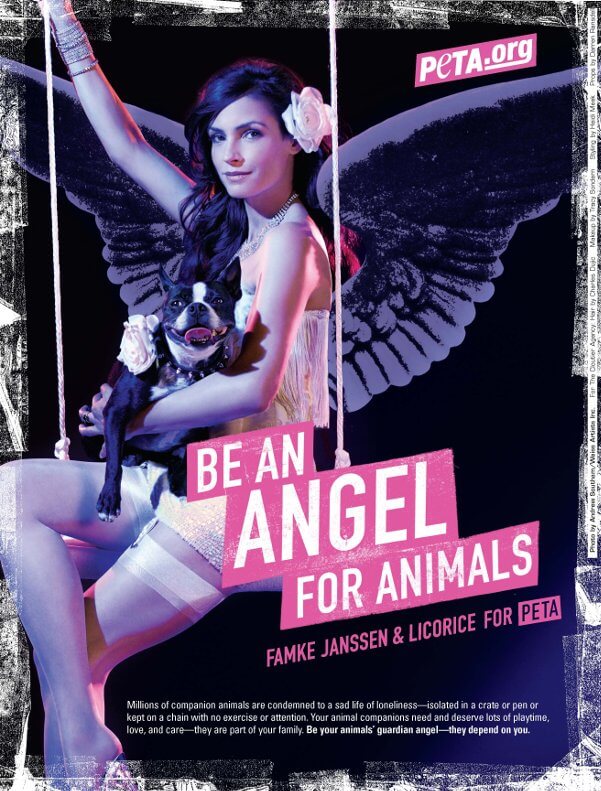 Famke, who has also appeared in the movies Made, House on Haunted Hill, Rounders, and many others, makes sure that Licorice gets the star treatment, but other animals aren’t as fortunate. Every day, millions of dogs and cats suffer from cruelty and neglect.

With your help, it doesn’t have to be that way. Ready to earn your angel wings? The following are ways that you can be an angel for animals today: