In 2002, a veterinarian working in a laboratory at Columbia University contacted PETA with disturbing allegations of the abuse of animals used in invasive experiments at the school. She turned to PETA after her concerns for the animals’ well-being were ignored by school officials and, later, by the federal agencies tasked with overseeing the school.

The whistleblower reported that baboons were used in horrific experiments, in which their eyes were cut out—sometimes while they were conscious—and the arteries to their brains were clamped to crudely induce strokes. Test drugs were then given to the animals and effects were measured over several days. The baboons suffered without any analgesics or anesthetics.

One experimenter at Columbia implanted steel pipes in monkeys’ heads to observe the effects of stress on their menstrual cycles. Undercover video footage shows monkeys with pipes protruding from their skulls and blood dripping down their faces. In other crude experiments, pregnant baboons had backpacks strapped to their bodies so that nicotine could be pumped directly into their fetuses in order to cause birth defects. 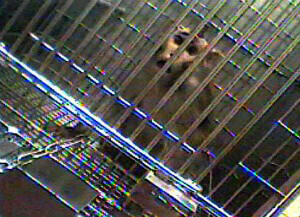 With PETA’s help, the whistleblower went to administrators at Columbia University, who finally investigated the allegations about cruelty and neglect in the school’s laboratories that had previously been dismissed by her supervisors. While the school publicly continued to dismiss the concerns as minor—even through much public outcry, including a vigorous PETA campaign and pressure from alumni and celebrities, including Alec Baldwin—many of the disturbing details were corroborated in a damning internal report that was not released to the public but that PETA obtained through the Freedom of Information Act. The records indicate that staff at the school failed to monitor, treat, or even acknowledge animals who were clearly suffering.

Columbia’s records also show that following an invasive experiment, in which skull injuries were inflicted on rabbits, a rabbit developed recurring seizures. Not until eight days after the debilitating surgery was performed was the rabbit finally euthanized. A dog who had been used in cardiac experiments was found two days after the surgery to have developed paralysis. Three days later, the dog was “lethargic, vomiting, paralyzed, and in renal failure.” Experimenters waited two additional days before finally euthanizing the animal. Another dog used in the same set of experiments became paralyzed in his hindquarters and was left in chronic distress for 27 days before finally being euthanized.

During the campaign, PETA received more disturbing information about how a litter of puppies had been killed at Columbia University by a cruel and improper method of euthanasia in which a needle is inserted directly into the dog’s heart. This horrific practice is specifically condemned by the American Veterinary Medical Association. After PETA brought this incident to the attention of the authorities, the U.S. Department of Agriculture (USDA) determined that Columbia had violated federal animal welfare laws, and the school paid a $2,000 fine. 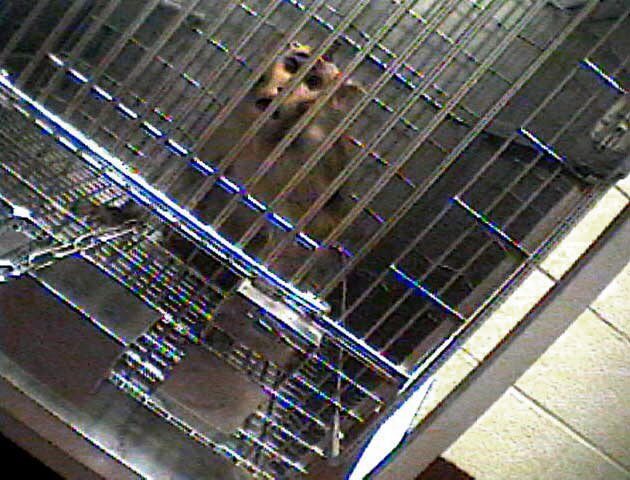 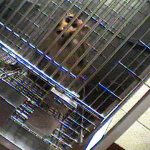 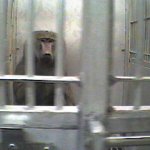 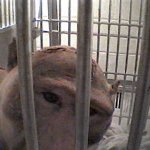 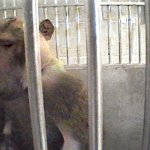 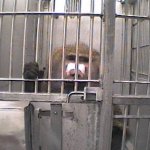 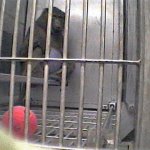 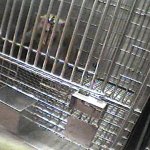 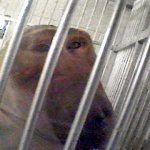 In recent years, Columbia—which confines more than 100,000 animals in its laboratories—has been cited for dozens of additional violations of the Animal Welfare Act, including a failure to consider alternatives to painful experiments.

PETA has continued to work to expose the horrors inside Columbia’s laboratories, including engaging students on campus and running ads in the university’s newspaper.

Despite its horrendous track record of abuse and violations, Columbia University—and its affiliated Medical Center and New York State Psychiatric Institute—still collect hundreds of millions of dollars a year in taxpayer-funded grants from the National Institutes of Health (NIH), approximately half of which is spent on projects that involve animal experimentation. In some of these projects, female monkeys are addicted to cocaine to determine whether drug use is affected by their menstrual cycle. Experimenters also try to induce eating disorders in baboons, and rats are crippled by having their spinal cords intentionally crushed.

Please take a moment to urge your senators and representatives in Congress to divert public money from cruel animal experiments at Columbia and other laboratories into modern, humane, and relevant clinical and non-animal research.