Chrishell Stause knows “fancy.” She makes a living selling million-dollar homes to the Los Angeles elite on the hit Netflix reality series Selling Sunset. But when it comes to fancy dogs, the reality star and actor knows that you don’t have to drop big bucks—you just need to visit your local animal shelter!

In her debut PETA campaign, Chrishell shares the touching story of her adoption of her senior dog, Gracie, and explains why animal adoption is a cause close to her heart. Watch the video below to hear Chrishell and Gracie’s story and learn why it’s never OK to buy dogs from breeders:

“Sometimes people just want a fancy, cute dog—these dogs are in the shelter,” Chrishell told PETA. “I think it’s important for people to adopt. You don’t want the demand for breeders. There are already too many dogs [who] don’t have homes.” 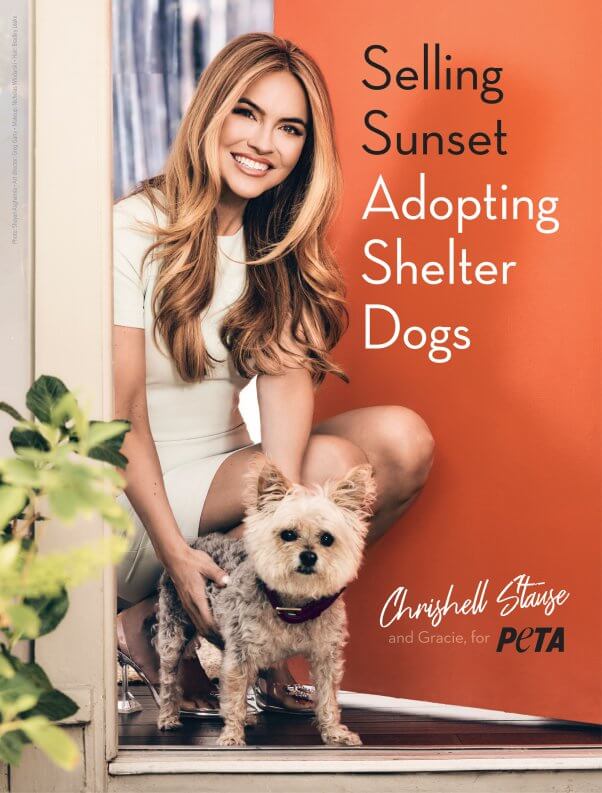 Buying dogs from breeders or pet stores exacerbates the homeless-animal crisis because it leaves fewer available homes for animals living in shelters. This affects millions and millions of lives—an estimated 70 million dogs and cats in the U.S. are homeless at any given time, and only about 10% of them end up at animal shelters. Many of them have to be euthanized because they’re unadoptable or because there simply aren’t enough good homes available to them.

Check out PETA’s guide to socially conscious, open-admission animal shelters and learn why they’re so important for keeping animals safe. Interested in adopting? In addition to your local shelter, Petfinder is a great online resource for locating adoptable animals in your area who are in need of homes—you can even filter by breed, age, and size.

Urge Officials to Stop Gassing Animals in a Wyoming Shelter