As a child growing up in Spain, international singing sensation Charo attended bullfights with her father. Now the actor, comedian, and classical guitarist is speaking out against this cruel blood sport in a video for PETA.

Charo made a name for herself with her sexy Latin flare and outrageous sense of humor, but she knows there is nothing entertaining about cruelty to animals. Even as a child, Charo said she knew that bullfighting was “barbaric,” and she couldn’t be more right.

Each year, thousands of bulls are tortured and killed in bullrings throughout Spain. Prior to the fight, bulls are intentionally debilitated in various ways: They’re often deprived of food and a few inches of their horns are sometimes sawed off to expose the nerve and impair their coordination in an illegal practice called “shaving.” And a study at Spain’s Salamanca University revealed that 20 percent of the bulls used for fighting are drugged before they enter the ring.

During the fight, the bulls are stabbed and gouged repeatedly with lances and banderillas—brightly colored sticks with harpoon points—by a series of picadors and banderillos (men on horseback and on foot). They chase the bull around, making him dizzy and causing a significant amount of blood loss with each stab before the matador (Spanish for “killer”) even enters the ring. The matador then attempts to kill the bull with a sword. If the matador is unsuccessful, an executioner is called in to stab the animal to death. Watch Charo’s video now to learn more.

According to a 2013 Ipsos MORI survey, more than 70 percent of Spaniards have no interest in attending or supporting bullfights and more than three-quarters oppose the use of public funds to support the bullfighting industry. It’s time to ban this cruel, primitive blood sport.

Please join Charo and PETA in contacting Spanish Prime Minister Mariano Rajoy, and urge him to ban bullfighting in Spain. 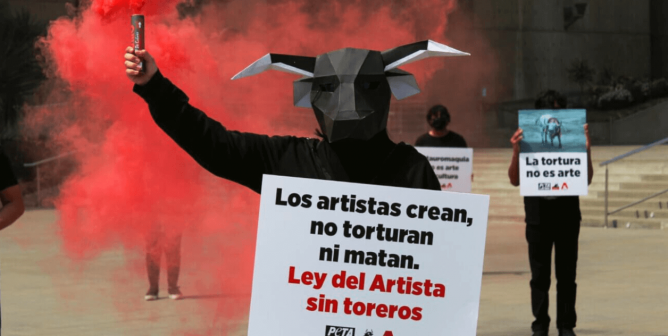 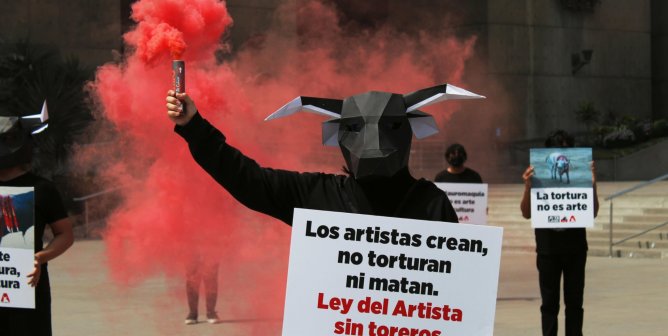 PETA Latino’s Impact Is Felt Across the U.S. and Latin America—Here Are Some of Its Successes 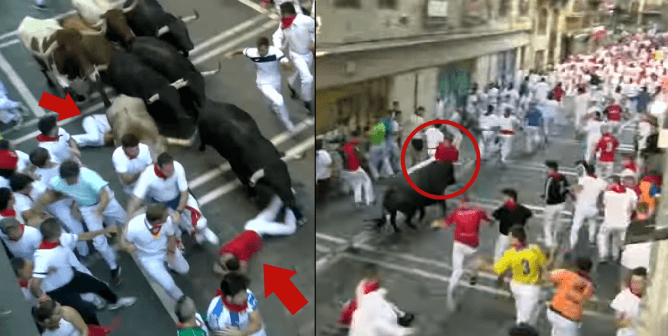