If you remember the llama and alpaca craze of 2019, you likely think that you can tell the difference between them. After seeing their faces printed on everything from succulent planters to knee-high socks, how could you not? However, llamas and alpacas are very different animals who both suffer for human enjoyment in different ways. Find out what differentiates a llama from an alpaca and learn what you can do to make sure you’re not unknowingly supporting cruelty to either species. 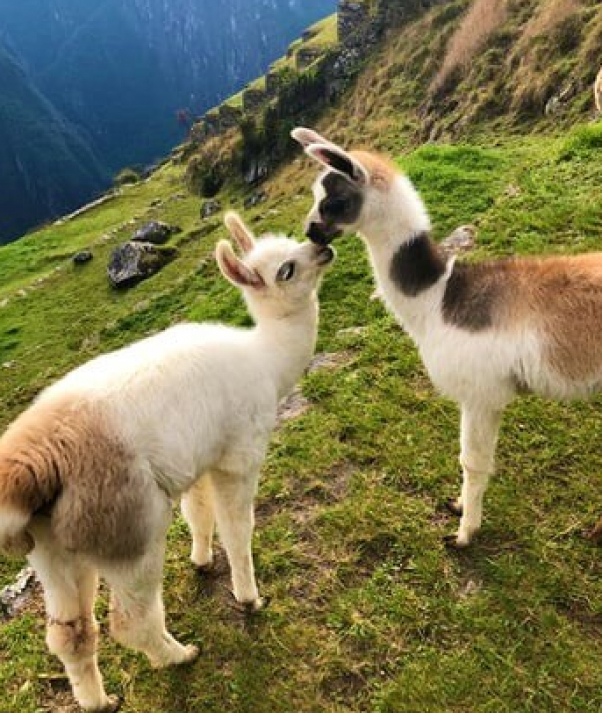 Llamas and Alpacas Are Big Softies

Known for their soft, fluffy fleece, the plush exterior of llamas and alpacas is mirrored in their sweet, empathetic nature. They’re both very social camelids—the animal family that consists of camels, llamas, alpacas, vicuñas, and guanacos—who form strong relationships with their herdmates. They nuzzle one another with their noses, hum together, and even communicate the location of a communal poop spot!

Just like humans, these animals have unique personalities. They can be assertive, protective, or timid—all traits that influence the dynamic of the herd on a daily basis. Almost like a reality TV show, the camelid who was top llama one week may be at the bottom of the herd the next.

Unfortunately, their gentle nature and soft fleece encourage greedy humans to treat both alpacas and llamas cruelly, exploiting both species for food, clothes, and entertainment.

Today, despite the existence of many kinder, more sustainable material choices, alpacas are raised so that their fleece can be violently sheared off. The fleece is then made into sweaters, scarves, and other items and sold by companies like Anthropologie. The best way to end the cruel alpaca-fleece industry is to stop buying products made with fleece. When shopping, be sure to check tags and labels and steer clear of any item containing alpaca—or, better yet, support companies that sell products made only with vegan materials. 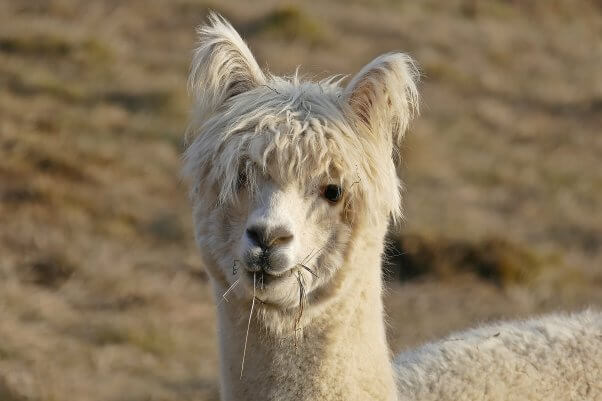 Where Do Llamas Come From?

Llamas are important to South American culture, and their domestication some 6,000 years ago shaped the rise of the Inca Empire. However, human prosperity came at great expense to llamas. The entire empire relied on them for food, clothing, travel, and entertainment in ceremonies—all industries that stripped sensitive llamas of the opportunity to express their natural behavior and caused them harm. 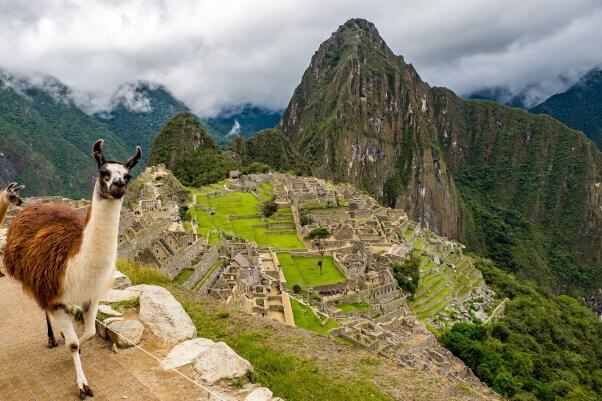 Today, llamas are still exploited, largely because of their gentle nature. Llamas are used at petting zoos and as “therapy animals” on college campuses during finals week—both entertainment options that cause extreme stress to the animals, who are surrounded and groped by dozens of grabbing hands. In addition to the stress that petting zoos and traveling acts inflict on animals, these events can cause serious health issues to attendees and llamas alike. Thankfully, there are many ways to de-stress during finals week that don’t harm animals.

Llamas Are ‘All Ears’ to One Another’s Feelings

Long, banana-shaped ears are one of a llama’s most expressive features. They’re also one of the easiest ways to differentiate them from alpacas, who have noticeably smaller, triangular ears.

The way a llama or an alpaca positions their ears is the most easily understood expression of their feelings—effectively serving as a “status update.” Pinned-back ears communicate agitation or fear, and perked-up ones signal happiness and curiosity. 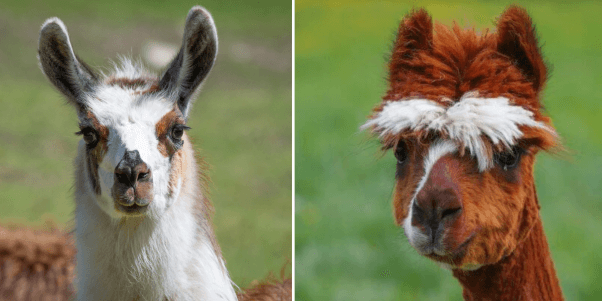 The ‘Spitting Image’ of Llamas

Because llamas and alpacas are preyed upon in their natural habitat, clear communication and self-defense are crucial to their survival. A common behavior associated with llamas is spitting: a self-defense move that many animals in the camelid family, including alpacas, use when they feel threatened.

Spitting is rarely the first way a llama or an alpaca will communicate their feelings, and one will likely voice their agitation through noises or with their expressive ears before spitting. Alpacas used for their fleece—like those recorded in PETA’s investigation into the world’s largest privately owned alpaca farm—will vomit, shriek, and kick in fear. Video footage revealed that workers tied down many of the terrified animals—even those who were pregnant—using restraints reminiscent of medieval times, further intensifying the prey animals’ fear by rendering them powerless.

The best way to help llamas and alpacas while sending a message to retailers is to refuse to buy anything made of the animals’ fleece. Checking labels and tags for materials stolen from animals—such as fleece, wool, leather, and cashmere—is easy to do.

Urban Outfitters, which owns Anthropologie, and other companies will listen if enough shoppers make it clear that they won’t stand for the cruelty that animal-derived products support.